The Ministry of Transport announced that more domestic flights will be allowed to operate over the next month.

It comes after a successful pilot operation to gradually restore flight travel.

According to the ministry, a maximum of six daily return flights will be allowed on the routes connecting Ha Noi – HCMC, Ha Noi – Da Nang, and Da Nang – HCMC from October 21.

After November 14, it will increase to seven flights on those routes until the end of November. On other routes, the maximum will be four flights each way per day, Vietnam News Agency reported.

The frequency of flights by each airline on each route will be increased by one per day on November 1 and 15 if the average seat occupancy of all airlines on the route during the previous 7 days reached at least 75 per cent.

During the pilot period from October 10-17, Vietnam Airlines, Vietjet Air, Bamboo Airways and Pacific Airlines operated 193 flights on 17 routes to and from 17 out of 22 airports.

Singapore and Russia have expressed interest in resuming regular commercial flights to Vietnam to revive trade and tourism post-Covid-19 pandemic.

Also read: Domestic flight resuming in 5 localities while International flights are yet to resume.

Vietnam closed the its doors to foreign tourists and canceled all international flights in March last year to contain Covid, allowing only Vietnamese repatriates and foreign experts and highly-skilled workers to enter.

Vietnam is planning to switch from seeking zero Covid cases to responding safely to the disease so that socio-economic and tourism activities can resume, local media reported. 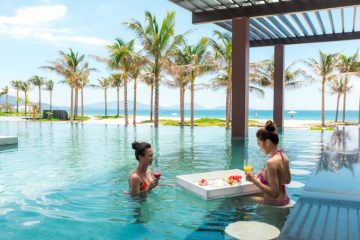