Meta shows signs of ‘slowing down’ after 18 years of stormy growth. 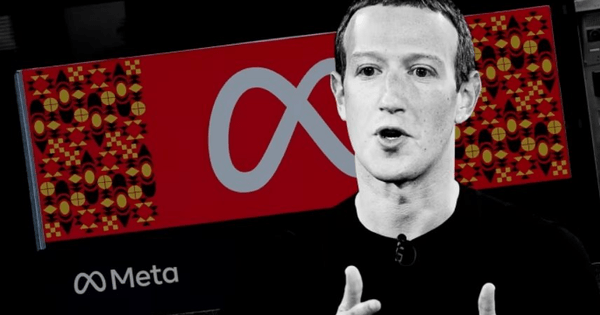 After 18 years of stormy growth, a new reality began to emerge at Meta on Wednesday, when CEO Mark Zuckerberg announced a sharp cut in the company’s staff.

The layoffs, or 13% of the workforce, or about 11,000 employees, come at a time when intense competition from rivals like TikTok is threatening Meta, which owns Facebook, Instagram and WhatsApp.

This is also the first sign that Mark Zuckerberg has been forced to moderate, at least in part, his expensive bets on building virtual universes amid intense scrutiny from investors on the issue of spending.

“The bubble has burst” said a former Meta employee.

Worth mentioning, the layoffs at Meta are just one part of a larger scale happening in the tech world. Companies that rely heavily on advertising revenue have been hit hard as brands cut spending due to inflation and rising costs. According to Layoffs, a website that tracks company layoffs, more employees were cut in the first nine days of November than in any other month of 2022.

Even after the layoffs, Meta still has more employees than they had last year. This is proof of how quickly this company has grown during the pandemic. At the end of December 2021, the company had 72,000 employees, by Wednesday, the announcement of the reduction showed that they reduced from 85,000 people to 74,000 people.

Many investors and even some employees say they’re aware Zuckerberg’s over-employment is part of his efforts to adapt to a pandemic trend of more people communicating online and shopping online.

“They’ve grown so quickly and haven’t spared any privileges” said Zaven Nahapetyan, a former senior manager at Facebook who left in 2021 to start a business. “There are a lot of teams that don’t need it and a lot of products that nobody knows about. I’m not surprised by the reality that’s going on with Meta.”

But others believe that Zuckerberg acted rationally in increasing staffing as quickly as possible, and Mark also always realized that he would need to recalculate that at a later point.

“It was a scramble for engineers. Everyone knows that’s a waste” said Kevin Landis, a technology investor at Firsthand Funds. “They obviously know they’re wasting money, and they obviously know it’s the right thing to do.”

Mark appeared somber at his staff meeting on Wednesday. “I know there’s a lot of mixed emotions here. I want to say up front that I take full responsibility for this decision. And this was one of the hardest meetings I’ve ever had.”

Either way, the decision has left many current and former Meta employees reeling.

One former employee described the feeling as “chaotic”, adding that “this was a bad show”.

According to several other insiders, the layoffs are based more on the group’s role than on individual performance.

One of the targeted departments is recruitment. Companies including Stripe and Twitter are both focused on cutting hiring. This means that Meta’s recruiters also suffer.

“I think most of the people on the recruiting team had an idea that we were leaving this morning” said Ryan Anderson, a recruiter who left Meta on Wednesday.

Zuckerberg admits hiring is “severely affected” and says Meta is restructuring its sales team more effectively. Whether it’s Reality Labs or virtual reality, it’s all affected by the cuts.

READ MORE:  Sweden proposed funding worth $2 billion in order to build up aviation projects in Vietnam

For those who stay, there are also worries. “It is not clear who will take on which projects and relationships. I’m completely pissed off.”

The sign of layoffs, though, pleased investors, who wiped out $89 billion of Meta’s market capitalization in October. Meta stock closed up more than 5% on Wednesday.

Jim Tierney, chief investment officer at AllianceBernstein, a Meta shareholder, said: “It’s clearly a step in the right direction. But, he also questioned why the company still predicts a 10-15% cost growth rate in 2023 even after making the cuts. “I still think they need to tighten costs even more in the future.”

Brent Thill, an analyst at Jefferies, said in the statement that he doesn’t think the layoffs will affect Meta’s revenue growth trajectory.

Other warnings about the future of Meta also remain ominous. “Zuckerberg finally realized the problem and took action” said Dan Ives, an analyst.

However, he also added: “Meta’s mass layoffs are a signal of dark days ahead for Zuckerberg and his company. The virtual universe strategy is still a big headache, and the core business of social networking has its own problems.”