A 22-year-old Vietnamese man repatriated from the U.S. and quarantined in Hanoi tested positive for the novel coronavirus after returning home.

The resident of Ha Long Town in the northern Quang Ninh Province landed at Noi Bai International Airport on a repatriation flight from the U.S. on Dec. 20 and was sent to a military facility in Hanoi’s Chuong My District, the Quang Ninh Center for Disease Control stated.

Epidemiological investigation showed during the 14-day quarantine period, he had tested negative for the virus once. On Jan. 4, having completed mandatory isolation, his samples were taken for a second test. However, he was allowed to leave the facility though his results had yet to return.

Five family members picked him up by car and returned to Ha Long. The same day, they booked into Victory Ha Long Hotel before moving on to dinner nearby.

When the man grew tired he was taken back to the hotel.

After his test returned positive, the provincial CDC admitted him to Hospital No. 2 for treatment.

Five of his family members were subsequently quarantined and had their samples taken for Covid-19 testing. All five had their results return negative Tuesday morning.

The hotel where he and his family had stayed has been temporarily locked down while authorities also disinfected the nearby restaurant and car in which they traveled.

Khong Minh Tuan, deputy director of the Hanoi Center for Disease Control, said the man does not have a community F1 in Hanoi. Eight people formerly quarantined with him have tested negative twice, but would be isolated for another 14 days and continue Covid-19 screening.

Four of them have returned to HCMC on three different flights. They have been tracked down at Tan Son Nhat Airport after HCMC was informed of the new case, and sent to centralized quarantine. However, authorities have yet to identify everyone who had been in close contact with them on the flights.

The Health Ministry has ruled all persons returning from abroad have to be quarantined for 14 days and tested at least twice. The first test is conducted right after entry and the second 10-12 days later. Only once they had tested negative for the virus twice and completed 14-day quarantine would they be allowed to leave.

However, last August three people returning from Russia were allowed to exit quarantine while still awaiting their second test result. When they were confirmed positive for the novel coronavirus a scramble ensued to trace all those with whom they had come in contact.

Vietnam, with a population of 96 million, has recorded 1,497 Covid-19 infections and 35 deaths to date. The country has gone 34 days without community transmissions. 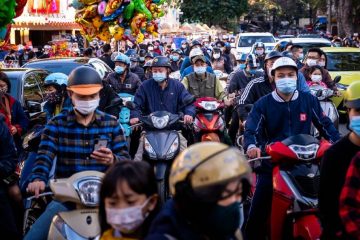 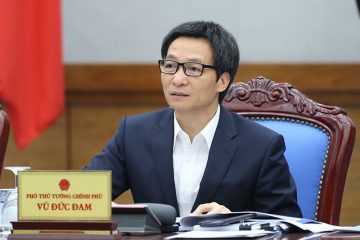