The lotus tree is a very close and familiar plant to the Vietnamese people. Nearly every part of the lotus plant is used by people in their daily life. Its leaves can make medicine.

For example, lotus is often used to decorate, marinate tea… Lotus root (lotus root) is used a lot in the preparation of very delicious and attractive dishes. Lotus leaves are often used to pack nuggets, pack sticky rice… In addition to being a food wrapping leaf, lotus leaf is also known as a precious “heaven-given” medicine for humans with many almighty uses.

Herbalist Vu Quoc Trung said that there is nothing wrong with lotus leaf being a “heaven-given” precious medicine. Since ancient times, lotus leaves have been used to treat many diseases for humans. However, today, when modern medicine (western medicine) is convenient to buy and easy to use, the use of lotus leaf is not mentioned much.

In traditional medicine, lotus leaf is also known as Ha Diep, which has a bitter taste, is neutral, has the effect of clearing heat, detoxifying, sedating, spreading stasis, low benefit, hemostasis, beneficial to the meridians, spleen and kidneys. … Effective treatment of insomnia, stomachache due to heat, trying to benefit from the principle of gas, dissolving hematomas and stopping bleeding.

One of the very good effects of lotus leaves emphasized by Herbalist Vu Quoc Trung is reducing blood fat and sedation. Modern medicine has found that lotus leaves have a supportive effect in the treatment of dyslipidemia, reducing liver damage. Lotus leaf is also known as a medicine to prevent cardiovascular diseases such as atherosclerosis, high blood pressure, blood fat… 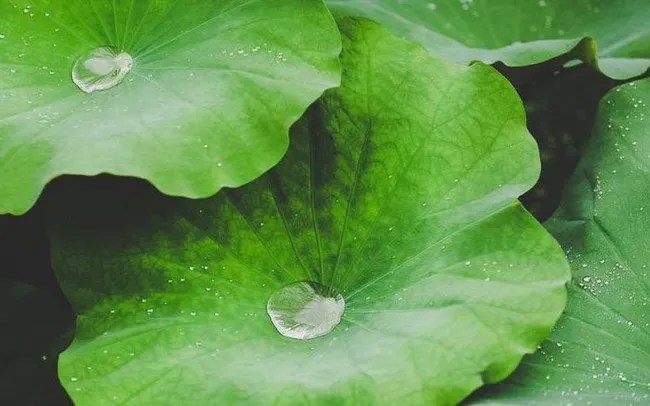 “Lotus leaves are quite benign and can be used by almost anyone. To use as medicine, you should choose lotus leaves collected in the summer to use fresh or dry, dried or fragrant . The leaves are used as medicine. type with large, green leaves intact, no worms. Dosage is about 20g/day sharp or drinking water to reduce blood fat, god of sleep, good use time is about 3 weeks “, Luong medical Vu Quoc Trung consulting.

According to Colonel, Herbalist Bui Hong Minh, lotus leaves have a bitter taste due to alkaloid compounds. This is a medicinal substance with many effects such as anti-malarial, anti-cancer, cardiac arrhythmia, etc. In lotus leaf, there are many flavonoids to increase the body’s resistance and slow down the oxidation process, rejuvenate cells to prevent the disease. prevent foreign cells (cancer cells) from forming. The scent of lotus leaves in the leaves also has a relaxing and sedative effect.

Some studies have also shown that lotus leaves have Beta carotene which is a precursor of vitamin A, organic acids and trace elements.

Lotus leaves can be used in combination with other herbs such as medlar to increase the effect of reducing blood fat. Using lotus leaves as a medicine to reduce fat, supplement spleen and relieve stasis, specifically as follows: Use the leaves of medlar, the amount of medlar to be used for braking or decoction for drinking water,” said Herbalist Bui Hong Minh.