Autocar, the world-famous automobile magazine, has an article about the past journey and 10-year goal of the Vietnamese car company.

Right from the beginning in 2017, VinFast has achieved a lot of success in Vietnam and now it is time for VinFast to attack the world. The plan to invest about $ 2 billion to build an electric vehicle factory in the state of North Carolina, USA is a clear demonstration of how determined they are with their plan to reach the world.

A bold plan! But look, VinFast has “grown up as fast as blowing”. It is this rapid development process that shows how urgent VinFast is to become a giant. 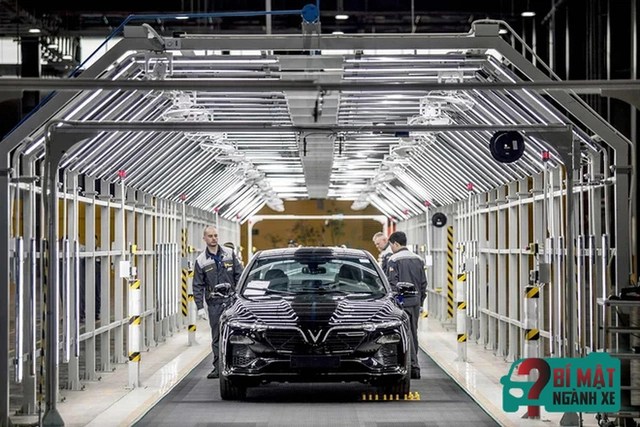 Although still a young car company, but VinFast has had success in the past 2021 in its home country with the A-class model VinFast Fadil, becoming the 4th largest car company in the market. Although the number is still not large (VinFast Fadil sales are 24,128 units, the company’s total sales reached 35,723 units), but being in the Top 5 sales seems to be a launch pad for its ambition to reach out to the “big sea”. 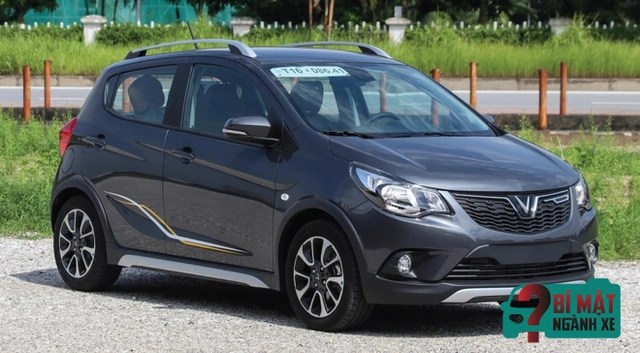 The price above does not include batteries. The battery cost will be included in the battery subscription package – a comb that Ms. Le Thi Thu Thuy said “is the key to reducing the [initial] purchase price of VinFast cars”.

Besides helping to reduce the initial purchase price, VinFast believes that battery leasing also brings other benefits. Ms. Le Thi Thu Thuy said: “The battery rental plan helps customers no longer hesitate with electric cars, especially with battery problems such as longevity, recovery and other costs, thanks to VinFast’s responsibility. any charges and renewals to other battery customers when the battery charge/discharge efficiency falls below 70%.”

Customers in the US will have two battery rental options. Fixed package with unlimited mileage for about 110 USD with VinFast VF 8 and 160 USD with VinFast VF 9. Customers who deposit a car between 2022 and 2023 will still keep the same battery rental price. perpetual, and the rental package is transferable to the new owner when the vehicle is sold. 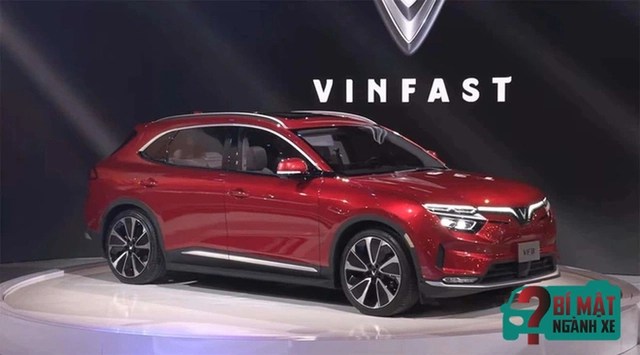 Thanks to battery leasing, the initial purchase price of VinFast models is much lower than competitors in the same segment.

Ms. Le Thi Thu Thuy added: “VinFast is also finalizing its battery and vehicle warranty policy to meet all customer needs.” It can be seen that VinFast always gives customers a choice; Specific information on this matter will be announced soon.

VinFast is also the latest car manufacturer to abandon the traditional dealer business model, instead, they want to deal directly with customers, which 6 stores of this type have opened in the state of California, USA.

Ms. Le Thi Thu Thuy explains for this: “We want to ensure the best customer service. The way to directly introduce products to customers through the company’s distribution agent system plays an important role in the success of customers arousing curiosity, building relationships, and retaining customers.

She also said that the company’s store system may combine the system of net sales (Net Sales) and total revenue (Gross Sales) to provide a seamless and synchronous experience in the O2O business model. (Online-to-offline, also known as the online car buying journey to the showroom ).

As planned, VinFast will open more than 30 stores in California this year and is aiming to open more in other states. 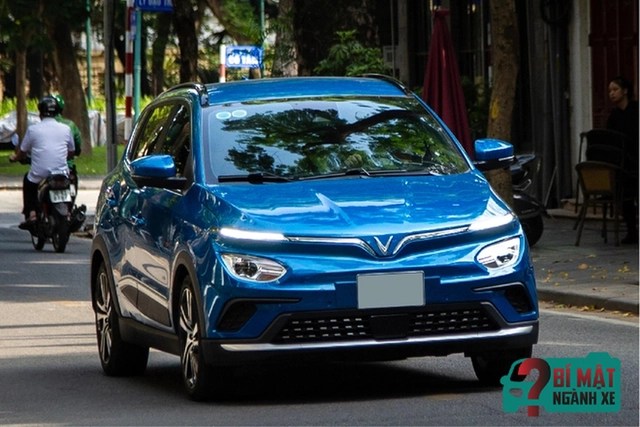 VinFast VF e34 is one of the first models to apply the O2O model.

READ MORE:  Google is about to move production from China to Vietnam

VINFAST’S NOT A GOOD MODULE

VinFast in other parts of the world

Europe also seems to be an important place in VinFast’s strategy, when there will be more than 50 stores in European countries – Germany, France, and the Netherlands. VinFast may also have a car factory right in the European region where Germany seems to be the sure place. However, Ms. Le Thi Thu Thuy still thinks that VinFast is “considering a few other locations”.

VinFast’s plan with the UK is still unclear. When asked by Autocar (the oldest British car newspaper) about her plans in the UK, Ms. Le Thi Thu Thuy replied: “We are trying to penetrate many different markets in Europe and will announce more details [about the plan] in the near future”.

The fact that VinFast stops operating in Australia in 2021 show that reverse-drive countries will not be a priority. However, with the goal of reaching 1 million global sales in 5 to 6 years, it seems that VinFast will sooner or later bring the UK into the spotlight. 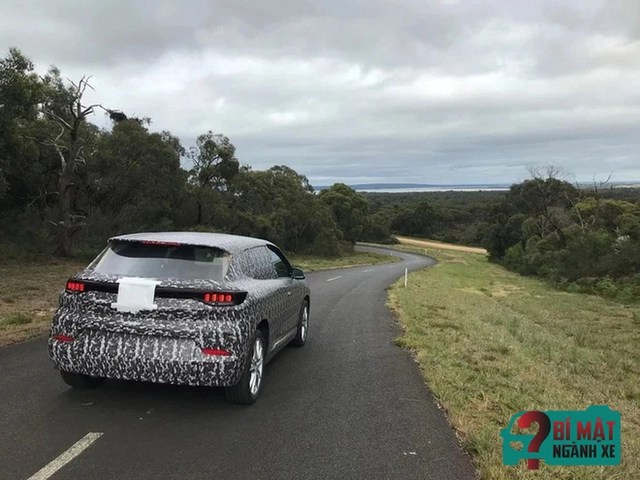 Feedback from the US market will reflect much on the true capacity of VinFast. Some researchers say that because Vietnam’s history in the US car industry is zero, VinFast is a very new phenomenon in the US; VinFast’s electric vehicle battery rental plan will also be a very new issue for customers. However, perhaps VinFast is in trouble.

In conclusion, Ms. Le Thi Thu Thuy said that VinFast’s products will make North American customers happy: “We envision that VinFast’s electric car models will be exactly what Americans need. We will have a series of electric cars. electric vehicles cover the entire popular segment, meeting all customer requirements”. 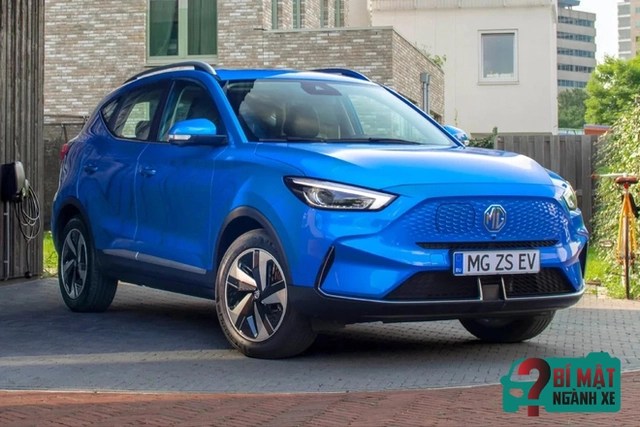 The mistake of VinFast in Australia brought the Vietnamese car company to North America and Australia when VinFast initially established an important facility in Australia. VinFast has closed its research and development (R&D) center in Port Melbourne, Australia, laid off about 100 employees (many of whom used to work at Ford, Holden, Jaguar Land Rover, or Toyota), and put the center up for sale. testing Lang Lang car after having spent about 26 million USD to buy. The reason VinFast gave when selling the Lang Lang test center was that production activities were limited during the time of the Covid-19 epidemic, and the company focused on development in the Vietnamese market.

READ MORE:  How Vietnam’s e-commerce has been changed in the time of COVID-19

Ms. Le Thi Thu Thuy also shared that VinFast will not turn its back on Australia: “We plan to expand the market in different phases, and will not say ‘no’ to any market.”

Taking over VinFast from Michael Lohscheller 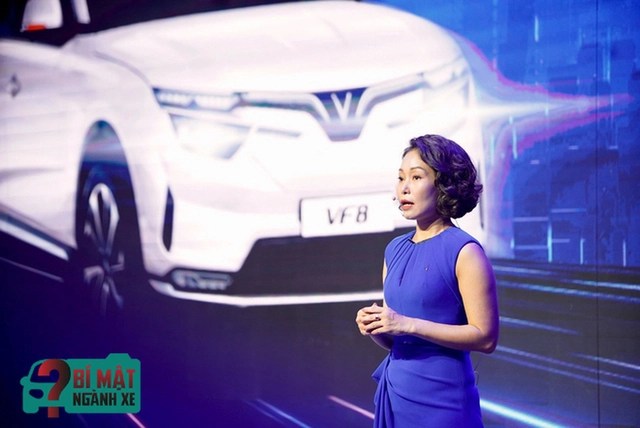 Michael Lohscheller comes to Vietnam with a core mission: To make VinFast “a world-class electric car company”. However, Mr. Michael Lohscheller left after 5 months due to “personal reasons”. And then, Ms. Le Thi Thu Thuy, Vice President of Vingroup, took over the vacant position. It is known that Ms. Le Thi Thu Thuy is a famous person calling for investment capital.

– The VinFast Fadil A-class hatchback model reaching the peak of sales in 2021 is a truly remarkable achievement of VinFast. Before that, Toyota products have always occupied that position for 11 consecutive years.

– To date, VinFast has invested about 50 million USD in Taiwanese battery technology company ProLogium for solid-state battery research and development and is considering establishing a joint venture to produce solid-state batteries. right here in Vietnam.

– In building an electric vehicle factory at Triangle Innovation Level Industrial Park, Chatham County, North Carolina, VinFast has succeeded in obtaining an investment package of $1.2 billion – the largest in the history of North Carolina.