According to statistics, Vietnam is one of the markets with the highest rate of new Korean car purchases compared to most markets around the world.

According to Car Industry Analysis’s report on auto sales in global markets in 2021, Vietnam is the leading Korean car consumption market in Southeast Asia. Specifically, in 2021, Vietnamese consumers bought about 115,000 cars from two Korean brands, accounting for about 27% of total sales (about 410,000 vehicles).

This is a high number that surpasses most of the international market, except for the Korean domestic market itself.

Also in 2021, the number of Korean cars sold in Vietnam is 4 times more than the total consumption in 5 other countries in the region, including Thailand, Indonesia, Malaysia, the Philippines and Singapore combined. In 2021, 2 out of 3 best-selling car brands in the market belong to Korean car manufacturers.

From the beginning of 2022, Korean cars continue to make a strong impression in the Vietnamese market. According to the announcement of Hyundai Thanh Cong Vietnam Automobile Joint Venture (HTV) – a unit that assembles and distributes Hyundai brand cars in the Vietnamese market, a total of 47,638 Hyundai-branded vehicles have been sold to domestic consumers in the first 8 months of the year, an average of nearly 6,000 vehicles/month.

In fact, HTV’s sales could have been much higher had it not been for the shortage of components, leading to a series of hot models such as Santa Fe and Tucson experiencing long-term shortages, affecting total sales.

In the year-end period, Korean car models will certainly continue to make a strong impression in the Vietnamese market when the supply chain disruption is partially resolved. Along with that, a series of new models from these brands will also be launched in the market, competing in a series of important segments.

In the past, when cars were a great asset, Vietnamese people, with a strong mentality of wearing durable clothes, often tended to choose durable models from Japan. That mentality has changed a lot to this day.

When the economy goes up, more and more young people have high incomes, which means the need to own cars with youthful, eye-catching designs, many equipments while attractive selling prices are increasing, also when sales of Korean car models are booming in Vietnam. It should be added that in recent times, Korean car models have also scored great points with Vietnamese consumers in particular and international users in general in terms of reliability, durable performance. Many recent research and survey results have brought good news for cars from Korea.

J.D Power conducted a survey of three-year-old car models, based on the feedback of nearly 30,000 car owners in early 2022. As a result, two Korean brands, Kia and Hyundai, first ranked first and third in the group of cars with the fewest defects, which means they are rated the highest in terms of quality and reliability.

In the near future, it can be affirmed that the booming trend of Korean cars will become stronger and stronger when electric car models have begun to attract great attention from users. Hyundai Thanh Cong Vietnam automobile joint venture once again showed its pioneering when it quickly brought the electric car model, dubbed the “car from the future”, IONIQ 5 to Vietnam in the middle of the year. It can be considered that this is the first popular electric car model from a big brand to be brought to Vietnam. Although not officially open for sale, users can fully experience this unique model for themselves at HTV’s official dealer systems. 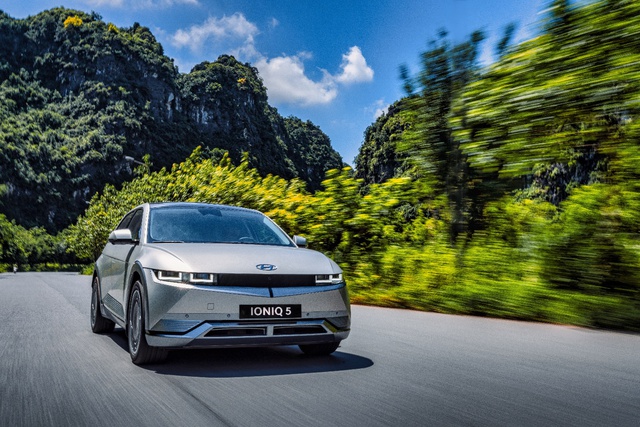 The design is constantly refreshed, updated with the latest trends of the market, attractive price, and proves the safety as well as impressive performance, it is not surprising that the attraction of Korean cars in Vietnam is so great.