Every Tuesday, 79-year-old Nguyen Thi Loc joins a group of grey-haired students to study English at a house in Hanoi, with the aim of socialising and keeping her brain sharp.

The informal classes are free and are taught by Phung Thi Yen, who trained as an English teacher but currently works as an office worker.

It comes as a growing number of scientific studies show the benefits of learning a language to maintain and enhance cognitive abilities, including for senior citizens.

Loc has never studied a foreign language before, but with her newly acquired skills she chants in chorus with her classmates: “Never too old to learn English”.

They read out loud, repeat after the teacher, and sing songs to try to perfect their pronunciation – one of the hardest parts of their work.

“The tongue twisters, words with muted letters, words that we have to curl our lips to pronounce: these things are very difficult for us”, Loc says. Elderly people pose for a picture as they attend an english class in Hanoi, Vietnam November 8, 2022. REUTERS/Minh Nguyen

Yen, 30, set up the classes four years ago with the aim of giving the elderly a place where they could meet, socialise and learn something new. The elderly in Vietnam typically live alone or with their children rather than in retirement homes.

With her employer’s support, Yen takes time off her day job to teach Loc’s class and several others. She and her group of volunteers are currently teaching 200 elderly students.

Yen says her students are working hard to learn the language. English is Vietnam’s most commonly taught foreign language after having become a mandatory subject at school in the 1990s.

READ MORE:  Here’s fines you could face for partying during Covid pandemic

“These grannies have been trying hard and made a lot of effort to get to where they are now. At the very least, they have built for themselves a sizeable vocabulary that they can utilise in their daily lives,” Yen says. 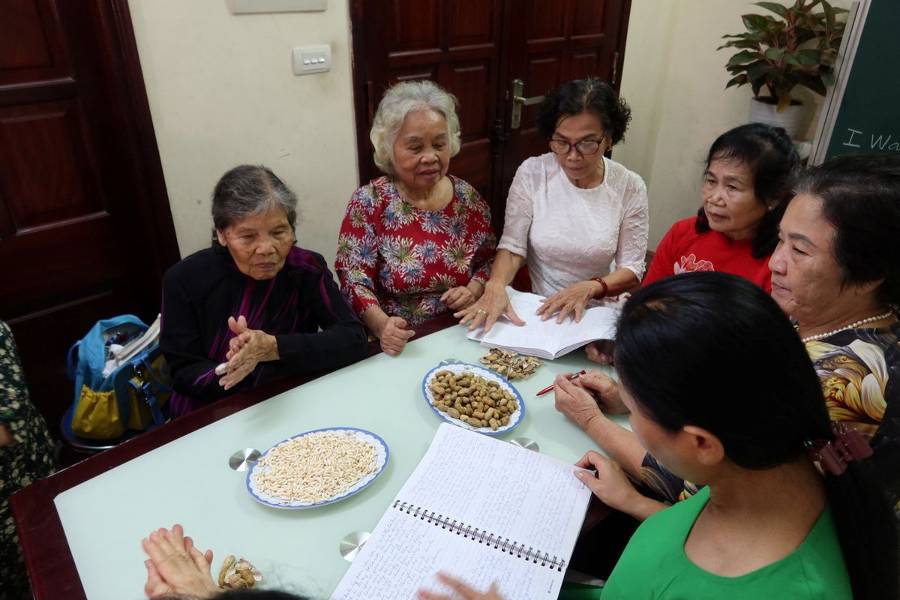 Loc says there have been moments of discouragement over the four years she has been taking the class, but it makes her happy to be able to understand her grandchildren when they practice speaking in English while doing their homework.

“Even though we are old, we still should try to study, because studying helps the brain,” she said.