Buyers of Apple’s (AAPL.O) new iPhone 13 face longer-than-expected delivery times because of a wave of COVID-19 infections in Vietnam, where components for the device’s new camera module are assembled, Nikkei Asia said.

The disruption, which could ease as soon as mid-October, is linked to a constriction in supplies of modules for the phone’s four models, as a significant number of components are assembled in Vietnam, it said, citing people familiar with the matter.

The latest iPhone 13 models have an advanced camera that allows more light in to capture sharp images in low-lit areas and also offers a transition focus from foreground to background in the same frame.

Several users and Apple’s partners, such as Verizon Communications Inc (VZ.N) and Best Buy (BBY.N), have highlighted delays after pre-ordering began in September due to a shortage of supply and high demand, with analysts warning of one of the longest waiting times for the phone in recent years.

Apple relies on more than a dozen factories that manufacture components in Vietnam, which has been grappling with a rise in infections since April, mostly in its business hub Ho Chi Minh City and neighboring industrial provinces.

Some of these factories in Vietnam are operated by LG Display Company Ltd (034220.KS), Intel Corp (INTC.O) and Foxconn Technology Group (2317.TW).

Meanwhile, Apple suppliers in China have suspended production at some factories for a number of days to comply with tighter energy consumption policies.

Prime Minister Pham Minh Chinh on Saturday said the government aims to bring the country back to something resembling normal by the end of this month.

“There’s indeed a constrained supply of camera modules for the iPhone 13 series due to the pandemic, but the impact on the shipment of the new iPhones should still be manageable,” Eddie Han, a senior analyst with Isaiah Research, told Nikkei Asia, citing his supply chain checks.

Han said it would be worrisome if the power supply restrictions in China continue to affect printed circuit boards, materials and petrochemical suppliers, as then it will likely impact component supplies for iPhones in the coming quarter, according to Nikkei. 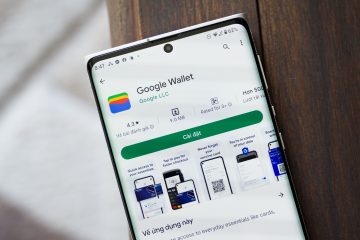