The story of invite the boss to go out to eat seems to have stories to tell, not a joke. 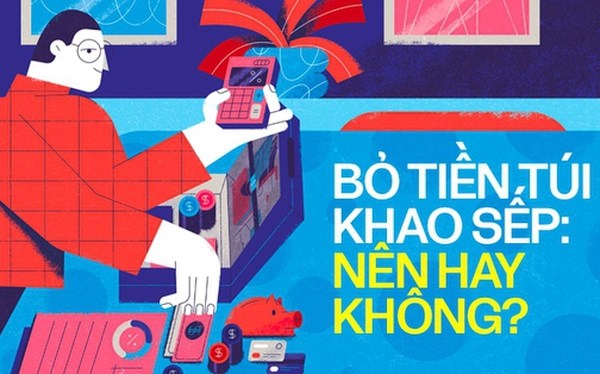 There’s nothing that dares to come out on top when it comes to office dramas. In addition to salary and bonus, co-workers wanting their boss to eat is also a delicate and difficult issue for insiders.

Huong (27 years old, currently working as a senior employee for a multinational company in Ho Chi Minh City) once invited her boss at her old company to eat at a most luxurious restaurant in District 1. Because she had worked with many people. As a great boss, she understands the importance of building relationships with people. However, that experience of longing for her boss made her remember her life and never forget it.

Similar to Huong, Tin (25 years old, selling at a furniture store) also has a bad memory of his boss, although the amount of money he spent on this “investment” is not small, up to 4-5 million.

Why do you need invite boss for a meal?

As shared initially, Huong is quite interested in career and relationship building. It’s not mandatory to ask for a boss, but that’s what she thinks she should do: “I’ve been working for more than 5 years, so I know how to observe and pay attention to my surroundings more. I think that there will be a first, then a later, just need to know. By treating the boss well, they will pay more attention to themselves, and if they understand the boss, the work will be convenient and easy to work with in the future . ” 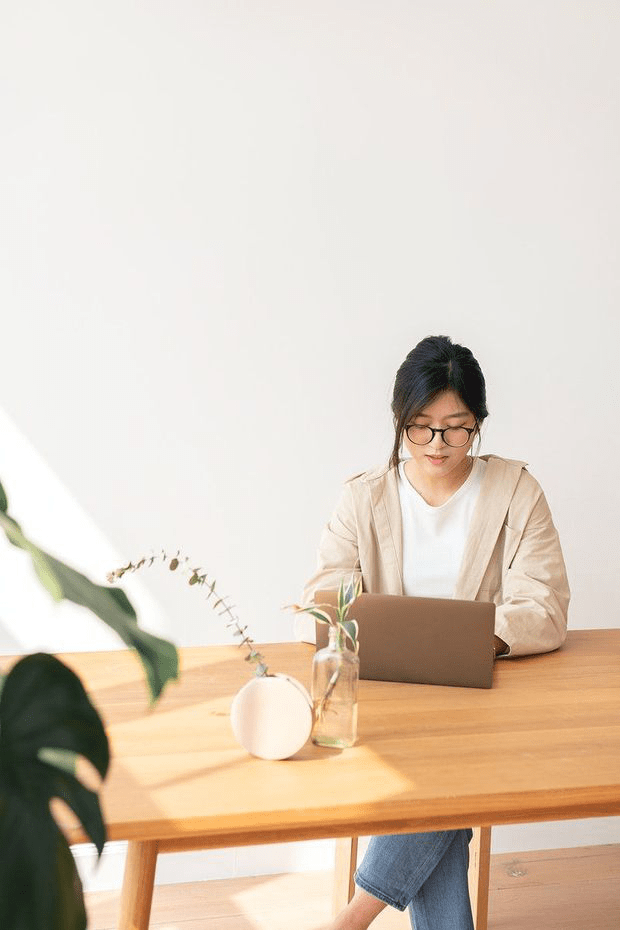 Not as optimistic as Huong, Tin believes that his desire for his boss is completely forced, when the bosses often suggest that he must “wait for a light party” every time he receives a salary. Because he is quite shy, the guy respects him and does not dare to refuse, afraid of bringing fame and affecting his work later.

READ MORE:  HCM City districts to set up their own quarantine centres for no symptoms Covid-19 patients

As for Ngoc, although she has never invited anyone to eat, she often brings gifts from her hometown to her boss every time she visits home. Small gifts were carefully packed and given to everyone, from the boss sister to the colleague next to her. Unable to shop or ask her boss to eat and drink, but she knows that she needs to live “with top and bottom”, with valuable colleagues, whatever she does is convenient.

Experiences when invite boss for a meal

Mentioning the experience of longing for the boss makes Huong still get goosebumps every time she repeats it, because she made a terrible mistake that Huong did not dare to repeat. Huong recalled: “That day I invited my old boss to eat, but the problem was that there were only 2 people to eat, so there was a problem. My colleague from the same company caught me at the same time, so rumors spread that I ‘ mean’ to the boss, discuss with the boss for easy promotion” . Untrue rumors caused her to be criticized by many colleagues, and her relationship with her boss was also more awkward. “I should have invited a few more colleagues from the same company, so there wouldn’t be such a thing . ” After only a few months, she had to change jobs because she was too tired with negative rumors about her, just from a forgettable meal. And Tin said that his experience with his boss did not have the expected positive results, because most of the “light parties” that he often suggested were passively suggested by his boss. “It’s a light party, but the boss often invites me to drink at some hotpot beer shops, but it’s not only increased by one, but also increased by 2, increased by 3, sometimes went to karaoke, sometimes after eating, went to the bar to drink again.” Tin lamented.

He also thinks that he is too “gentle”, making it easy for bosses to “bully”, because even though he is annoyed and unhappy when he has to invite his boss to eat, he has never dared to say no because he is afraid and even angry. respect. Tin shared: “Every time I crave lightly, I lose 2-3 million, the times the boss is ‘more’, I spend up to 5 million to pay off 3-4 increases, but the boss goes out to drink, taking up almost half of the money. my monthly salary” .

READ MORE:  The highest bonus for Tet holiday is expected to top VND1 billion in HCMC

Ngoc thinks that she herself has never encountered a strange situation because she has never … longed for a boss. “I think whoever has a higher salary should crave it? Besides, the boss is older than both his age and career, so it’s also right to want younger employees” . – Ngoc shared.

However, she also emphasized that she herself has witnessed many strange situations of colleagues when inviting their boss to eat. “Going to a private meal with your boss is also a rather delicate story in the office, because you are a thorn in many people’s eyes, making other colleagues even more curious. And one person has ten ideas, a trivial matter. out loud, sometimes inviting the boss to a meal that causes misunderstandings later” – she commented.

What does the boss say?

To have a two-way and objective view on this issue, we contacted Mr. Hung Nguyen – co-founder and CEO of HW Agency – a company specializing in brand communication in the music, entertainment and nightlife. 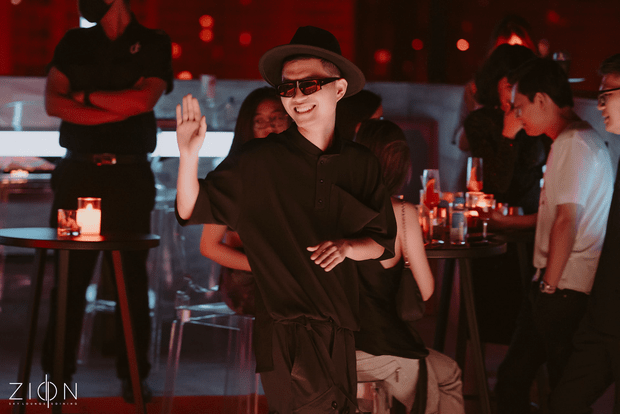 Regarding the employee’s invitation to eat, Mr. Hung said: “In my opinion, when employees invite them to eat, they see that the boss is friendly, so after working hours, they are considered as brothers and friends, happy and close. In school. In this case, I will actively pay 30 – 50% of the bill, the rest for you to share. In addition, I also think that everyone wants to contribute money, more or less so that the next time they go out together, they can be comfortable . ”

From a personal point of view, this boss believes that when eating with employees, it is not advisable to talk about work. But this is also a very important activity: “At that time, me and the staff were fair, just friends. After being friends, we felt happy, comfortable and loved, then we actively supported and helped each other. This is also the reason why I often let new employees and old employees hang out together, finding it suitable to assemble a team” .

READ MORE:  Vietnam ranked among top 25 countries with the richest biodiversity in the world

However, Mr. Hung Nguyen emphasized that this is only his own perspective and experience, not representing the bosses in general. “Partly, I work in the media industry, both the boss and the staff are quite comfortable and open, and partly, it is difficult for bosses in large companies or corporations with many employees to apply like me.” – Anh Hung shared.

Invite the boss or not is up to you!

The desire for the boss is quite difficult to say, but it is not impossible.

If your goal is to please your boss or build a good working relationship, show it in other ways. For example: going to work on time, focusing on dressing for the right circumstances, being polite, and actively communicating in the company, you should also listen and be receptive to ideas, do your job responsibilities properly. yourself without waiting for your boss to remind you. And the most important thing, always know how to keep the line between yourself and the boss, remember, don’t try to create drama or become the focus of office drama, extremely awkward. 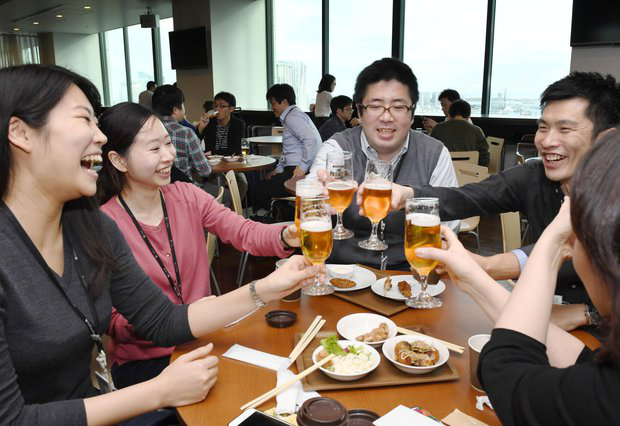 If you fall into the trap of being forced to ask for a boss, be welcoming at first. However, you should also beat softly next time or actively say no if you don’t want to. Because the decision is up to you.

Finally, remember that wanting your boss is no big deal. Don’t forget about your job because of a “waiting”, know how to create enough boundaries so that going to work and meeting colleagues is a joy, not a sneak peek and speculation.