More than 70 Ukrainian servicemen were killed by a Russian rocket attack and dozens of civilians have died in “barbaric” shelling, Ukrainian authorities said on Tuesday, as a huge Russian military convoy approached the capital Kyiv.

Fierce resistance on the ground has so far denied Russian President Vladimir Putin decisive early gains after he last week launched the biggest assault on a European state since World War Two.

Staging a push for the capital, Russia has massed a convoy of armoured vehicles, tanks and other military equipment that stretches about 40 miles (64 km), U.S. satellite company Maxar said late on Monday.

A Russian column more than 40 miles long is closing in on Kyiv, with US officials warning the sheer number of Putin’s troops could overcome Ukraine’s resistance, the CNN reported. 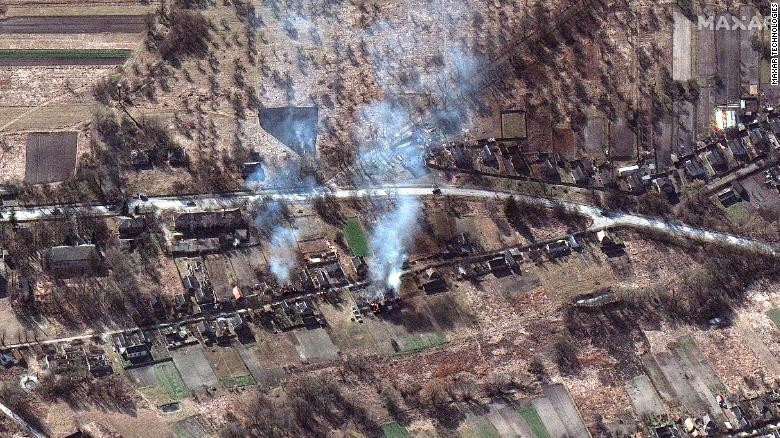 The Russian convoy is seen along with smoke rising from what appears to be burning homes, northwest of Invankiv, Ukraine.

“The Russian advance on Kyiv has made little progress over the past 24 hours probably as a result of continuing logistical difficulties,” the British defence ministry said in a military intelligence update on Tuesday, adding that Russia had increased its use of artillery.

“The use of heavy artillery in densely populated urban areas greatly increases the risk of civilian casualties.” it said.

Russian forces were attacking on several fronts and Ukrainian officials reported a bombardment of Kharkiv, the country’s second largest city, had killed dozens of civilians.

READ MORE:  All you need to know about Vietnamese business culture and work customs

Some 70 Ukrainian servicemen were killed on Monday by Russian shelling of a base in the town of Okhtyrka, between Kharkiv and Kyiv, the regional governor said on Facebook.

It was not possible to independently verify any of those figures.

Ceasefire talks between Russia and its southern neighbour held on Monday failed to reach a breakthrough and negotiators have not said when a new round would take place.

Putin faces mounting international pressure and the systemic impact of Western sanctions led to a near 30% collapse in the rouble on Monday before central bank intervention rescued the currency from its lows.

The United States and its allies have imposed sanctions on Russia’s central bank, its top businesses, oligarchs and officials, including Putin himself, and barred some Russian banks from the SWIFT international payments system.