How Vietnam’s HCMC tops the list of Best cities for expats in 2021?

Ho Chi Minh City, commonly and formerly officially known as Saigon, is the largest metropolis of Vietnam, a political, economic and cultural hub of the south. It is called “The city that never sleeps” because of its bustling lifestyle and colorful charm of well-lit neon lights at night.

This glamorous city attracts visitors by quintessentially Western architecture dating back to the 19th century and a variety of local cultural and historical sites, as well as its enviable culinary diversity.

Today, Ho Chi Minh City is a popular tourist destination due to its fascinating culture, classic French architecture, and sleek skyscrapers as well as ornate temples and pagodas. The city is also filled with rooftop bars that overlook Saigon and beyond, while fantastic restaurants offer a combination of French, Chinese, and, of course, local Vietnamese cuisine.

According to the latest “The Expat City Ranking“, which  is based on the annual Expat Insider survey by InterNations, Ho Chi Minh City makes it into the top 10 of four indices. 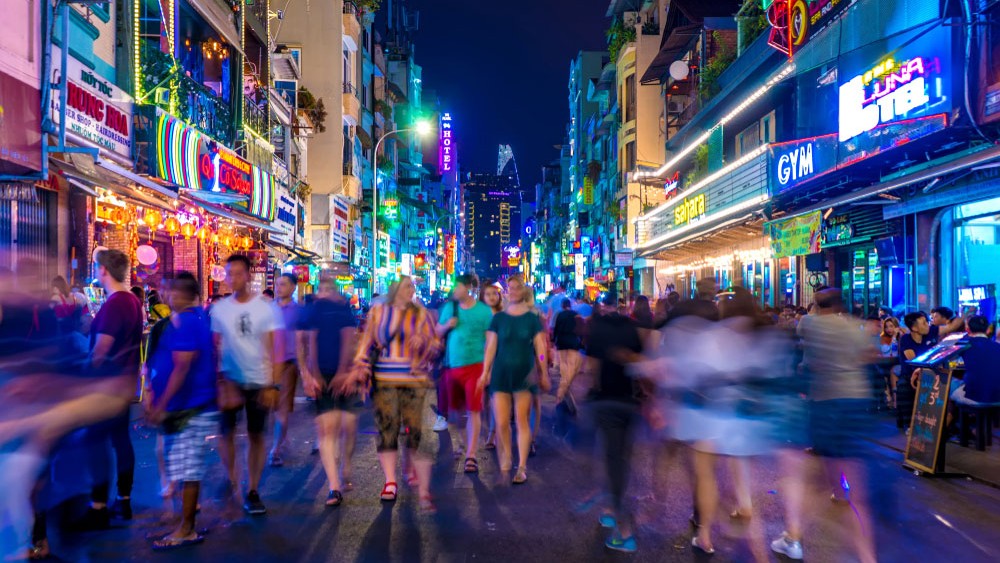 It ranks 2nd out of 57 in both the Local Cost of Living Index — 84% rate this factor positively (vs. 48% globally) — and the Finance & Housing Index: 75% of expats say that their disposable household income is more than enough (vs. 52% globally), and 77% are satisfied with their financial situation (vs. 64% globally). They also find housing affordable (61% vs. 42% globally).

The city does well in the Urban Work Life Index (10th), too. It is even voted the best worldwide for overall job satisfaction (1st). Ho Chi Minh City also scores high in the Getting Settled Index (10th). Expats find it easy to make new friends (77% vs. 48% globally), are happy with their social life (74% vs. 57% globally) and describe the local people as generally friendly towards foreign residents (93% vs. 67% globally).

However, the city lands in the bottom 10 of the Quality of Urban Living Index (52nd): 65% are unhappy with public transportation (vs. 20% globally), and 49% rate the urban environment negatively (vs. 16% globally). A Canadian expat explains: “The environmental quality can be challenging, such as pollution, lack of recycling, and noise.”

The Expat City Ranking 2021 is based on our annual Expat Insider survey,  one of the most extensive surveys about living and working abroad. The report includes a ranking of the best and worst cities for expats and detailed insights about expat life.