Vietnam is committed to the development of the country’s private sector, which is expected to account for 42-55% of GDP by 2025. One of the positive activities is that the Government has set aside 119 billion USD to spend on infrastructure for 4 consecutive years that helping Vietnam attract foreign investors and created positive signals for the financial market.

Typically, the VanEck Vectors Vietnam (VNM) exchange rate has increased by 9% since the 13th Congress of the Communist Party of Vietnam. Meanwhile, some new markets fell 2%.

According to Bill Stoops, Chief Investment Officer of Investment Fund of Dragon Capital in Ho Chi Minh City Investing in infrastructure improvement will help the government achieve its annual growth target of 6.5- 7%, while improving profitability for the companies involved. He said: “We are in the game of real estate, banking and steel”.
This fund is up 17% this year, double that of the VanEck ETF, thanks to Hoa Phat Group. Stoops said: “This can be the only interesting company in the world. They can increase capacity without spending a lot of money.”

Nick Niziolek, global head of strategy at Calamos investments, endorsed the flawed elements of Vietnam’s infrastructure during a pre-pandemic tour. Mr. Niziolek said that many rivers flowing through are also considered as valuable assets for Vietnam. Calamos owns shares in Vinhomes, a real estate subsidiary of Vingroup. “New households in Vietnam are growing at 80,000 to 90,000 a year, and Vinhomes is supplying 60,000 to 70,000 households. This will be a great opportunity in the long run,” said Niziolek.

Infrastructure and e-commerce do not lag behind, as Vietnam has 100 million people enjoying a good education. Sean Fielder, Chief Investment Officer at Equinox Partners, said FPT stock has gained 33.33% this year and could go even higher. “The cost to hire Vietnamese engineers is lower than in India, and thousands of them are learning Japanese,” he said.

Andrew Brudenell, Top Market Manager at Ashmore Group, said: Shares of Vietnam’s largest retailer –MWG were up 20% compared to the last year and continue to rise. This company is expanding its business from mobile phones and electronics to consumer goods. “It’s great that in Vietnam you can make a lot of money from insights and potential ideas,” he said. 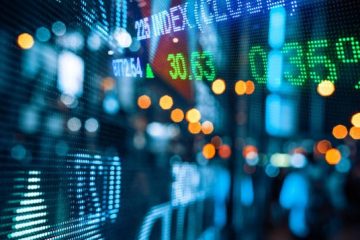 Is Bit Globals a suitable platform to invest your valuable bitcoin stock? 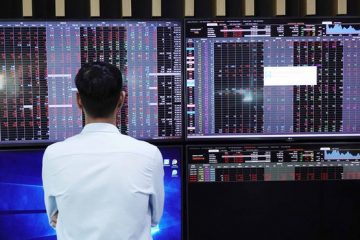 VN-Index strives to increase in the last session

Logistics and industrial park giants carried out many mergers and acquisitions

Vietnam becomes more attractive in the long run. Here’s why

Why Vietnam is rated one of top 10 emerging markets in the global data center market?

Another 4,060 Covid-19 cases recorded in Vietnam as thousands return to central region

Sustainable artisanal fashion: Why Gen Z is leading the pack?

Beer giants struggling during the pandemic