How Vietnam agarwood affirms the No.1 position worldwide

Agarwood – “Spirit of Heaven and Earth”

Agarwood belongs to the genus Aquilaria, which is mostly founded in subtropical forests of Cambodia, Indonesia, Malaysia, Thailand, Vietnam or the rainforests of Papua New Guinea. Among them, agarwood in Vietnam shows the best quality with a light sweet fragrance.

Agarwood is formed in the heartwood of aquilaria trees when they become infected with a type of mold, hurt by insects, lighting strike and especially natural conditions. These are so-called “Spirit of Heaven and Earth”.

Bringing Vietnam agarwood to the world

Agarwood or “Wood of the Gods” has been traded and highly wished for thousands of years for various purposes as incense, medicine and religious purposes, meditation/Zen, yoga practice and pure resin in a distilled form used as an essential oil as well as a perfume component. One of the main reasons for the relative rarity and high cost of agarwood is the depletion of the wild resource. To solve the problems, microbial technology or chemical substances are used to create agarwood in the heartwood of aquilaria trees.

In Vietnam, there are few companies whose specialty is in a chain of sustainable activities: from growing aquilaria trees, using microbial technology to create chemical-free agarwood to bringing natural agarwood products to the markets. Quality of Vietnam agarwood has gradually confirmed worldwide, gained belief and removed foreigners’ assessment about that chemical Vietnam agarwood.

READ MORE:  Lost Your Job Because Of Covid-19? Learn How To Get Back On Top

Established in 2016, Truc Lam Quan Tue Join Stock Company – an agarwood manufacturer and commercial company has clients ranging from private to large ones. With effective teamwork and non-stop innovation, the company puts its passion for creating “best quality agarwood products” at the heart of everything they do. From the preconceptual planning stage to harvesting and marketing the final products, they strive to go the extra mile to exceed clients’ expectations. The trademark Tram Tue has conquered customers in Vietnam and the most meticulous ones worldwide as well. The milestone of international trade was when the company officially became a member of Alibaba.com, making its foothold in the international market. Agarwood products (especially agarwood chips and essential oils) have received the trust of international partners in Europe, Asia, Europe, Middle East… 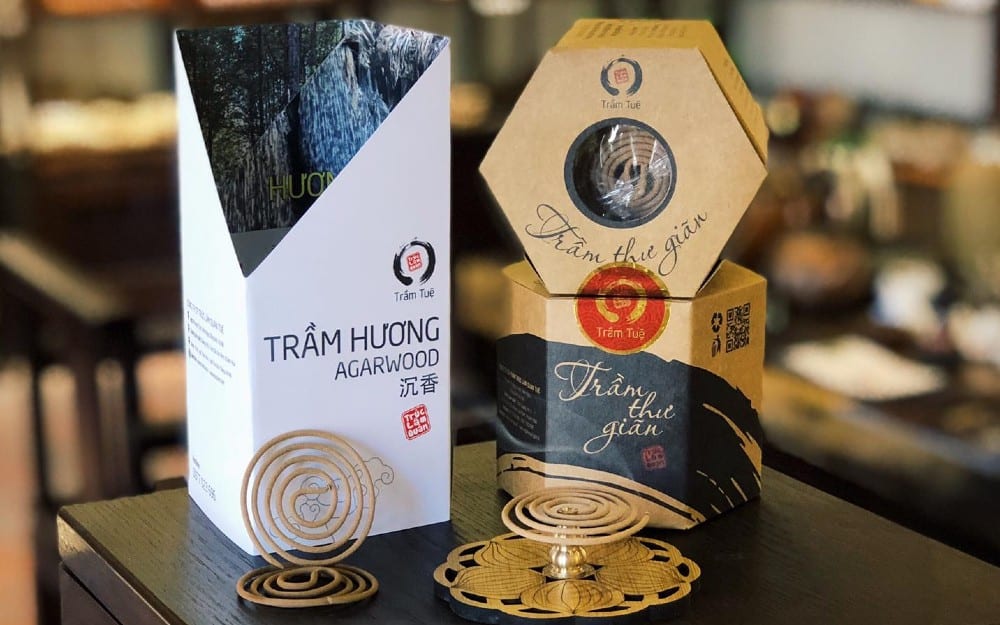 In 2017 and 2018, with a series of activities such as taking part in international fairs in China, Taiwan…, abroad on-site visits to exchange experience and perceive know-how, Vietnam agarwood with Tram Tue trademarkhas been widely known.

The impact of COVID – 19 on supply chain and face-to-face commercial activities has forced Vietnamese enterprises in general and agarwood companies in particular to brainstorm new solutions and initiatives, overcoming challenges. The year of 2020 has marked the official appearance of Tram Tue agarwood products in the Middle East market. Agarwood landed in Kuwait – a small market but connoisseurs. One year later, it is proud of Truc Lam Quan Tue as one of 60 selected Vietnamese enterprises and as the unique agarwood one to exhibit products at the Embassy of Vietnam in Saudi Arabia.

Bringing the world back to Vietnam for agarwood quality

Up till now, Vietnam agarwood has been known by not only customers abroad but also foreigners arriving in Vietnam for tourist, working or living. According to many foreigners, they use Tram Tue agarwood products because of the quality, truth and belief, open-minded and friendly staffs.

Foreign friends in Vietnam with interesting stories of lifestyle, business trend and cultural way of using agarwood at their hometowns has supported the company to draw out a general overview of international agarwood industry, planning to restore the No.1 position of Vietnam agarwood worldwide.

Mission of restoring the No.1 position of Vietnam agarwood

Tram Tue products are paving the way for Vietnam chemical-free agarwood to the world and awaken chemical agarwood producers. The ecosystem of Vietnam microbiology agarwood will be spread throughout the continents, re-gain foreigners’ belief of Vietnam agarwood quality, and strongly confirm the No.1 position of Vietnam agarwood – The best in the world. The mission is placed on the shoulders of genuine agarwood manufacturers.

Religious texts were written on bark from agar trees and Srimanta Sankardev referred to agarwood as one of the divine trees with the ability to fulfill human desire.- Burning Agarwood was called the ‘scent of Nirvana’ by The Lord Buddha.

(By Tram Tue: Spread out the belief – Share the truth)