How AstraZeneca went from pandemic hero to villain

After teaming up with Oxford University, AstraZeneca produced a safe and effective Covid-19 vaccine in just nine months, a huge achievement that will help end the pandemic. But a series of missteps along the way has led to scathing criticism from policymakers and health officials, tarnishing the company’s image as a hero of the coronavirus era.

The Anglo-Swedish drugmaker mistakenly gave some volunteers a half dose of the vaccine during clinical trials, and it has been criticized for omitting crucial information from its public statements. US regulators have questioned the accuracy of its vaccine data, and severe production delays in Europe have resulted in a political firestorm and a breakdown in relations with EU leaders.

“What we have with AstraZeneca is a company that is not straightforward, that cannot be relied upon,” Philippe Lamberts, a Belgian member of the European Parliament, said in a radio interview with the BBC on Wednesday.

AstraZeneca’s (AZN) failure to deliver tens of millions of promised doses to the European Union, which is struggling to roll out vaccination programs, led the bloc to impose export restrictions that have already prevented at least one shipment of vaccines to Australia. Leaders could move to make the restrictions even tighter Thursday.

Meanwhile, the US National Institute of Allergy and Infectious Diseases expressed concerns earlier this week that AstraZeneca had presented “outdated” data from a trial of the vaccine’s effectiveness. Dr. Anthony Fauci, the agency’s director, called it “an unforced error” that could erode trust in a “very good vaccine.”

AstraZeneca updated its data on Thursday, reporting that the trials showed its vaccine to be 76% effective in preventing Covid-19 symptoms. Earlier this week, it had said its shot was 79% effective. The rare rebuke from US regulators was a major blow to the company’s credibility.

“They’ve made one mistake after the other,” said Jeffrey Lazarus, head of the health systems research group at the Barcelona Institute for Global Health.

AstraZeneca entered the Covid-19 crisis with little vaccine experience. In recent years, it generated a large portion of its revenue by producing popular cancer drugs, such as Tagrisso, which is used to treat lung cancer.

But when the pandemic hit, the company decided to enter the race to develop a game-changing shot.

I don’t think they ever had any intention to be a vaccine company.”

“I don’t think they ever had any intention to be a vaccine company,” said Andrew Berens, a pharmaceuticals analyst at SVB Leerink. “I think that the reason they embarked on this — and they’ve been pretty apparent about it — is they wanted to help humanity and fight the scourge of Covid.”

READ MORE:  You can now open your company, bank account in Vietnam even without a visit

The efforts paid off. AstraZeneca received emergency use authorization from the United Kingdom in late December and the European Union one month later. Because the vaccine was cheaper and could be stored at higher temperatures than ones developed by Pfizer (PFE) and Moderna (MRNA), it was heralded as a breakthrough, particularly for less affluent countries that may lack sophisticated logistics networks.

AstraZeneca generated more goodwill by pledging to supply its vaccine at no profit during the pandemic, and by partnering with the Serum Institute of India, which agreed to produce more than 1 billion doses for low and middle income countries.

“They came into an area they’re not known for and they did really well,” Lazarus said.

Almost immediately, however, problems started cropping up. Before AstraZeneca’s shot received emergency use approval, the company faced questions about data from large-scale trials presented in November.

Volunteers received different doses due to a manufacturing error, creating confusion about its actual effectiveness. AstraZeneca did not mention that a mistake caused the dosing discrepancy in its initial announcement, generating concerns about a lack of transparency.

“I hate to criticize fellow academics, or anyone for that matter, but releasing information like this is like asking us to try and read the tea leaves,” Dr. Saad Omer, a vaccine specialist at the Yale School of Medicine, said at the time.

In January, Germany’s vaccine commission said AstraZeneca’s shots shouldn’t be given to people older than 65, citing insufficient data for the age group. France also initially limited AstraZeneca vaccines to those under 65. Both countries changed course earlier this month.

A nurse prepares a dose of the AstraZeneca vaccine at the Edouard Herriot hospital on Feb. 6 in Lyon, France.

Lazarus called such issues “easily avoidable,” since they were tied to trial design.

AstraZeneca has said that its clinical data supports efficacy in the over-65 age group. In an interview in January, CEO Pascal Soriot said that Oxford scientists running the trials did not want to recruit older people until they had “accumulated a lot of safety data” for those aged 18 to 55.

Had the vaccine rollout been smooth, such stumbles may have been forgotten. But continued shortages of shots in Europe, which is now facing a third wave of coronavirus infections, have triggered a political crisis in the bloc. EU leaders are meeting Thursday to decide whether to adopt European Commission proposals for even stricter controls on the export of vaccines made in the bloc, including AstraZeneca’s.

“We have the option of prohibiting a planned export,” European Commission President Ursula von der Leyen said in a recent interview with German publishing group Funke Mediengruppe. “That is the message to AstraZeneca: You first fulfill your contract with Europe before you start delivering to other countries.”

European countries have expressed frustration that the United Kingdom appears to have been prioritized for delivery while it faces shortfalls, and that, unlike others, they have been sending tens of millions of doses abroad.

Frustrations boiled over this week after 29 million doses of AstraZeneca’s vaccine were discovered in a reported “raid” on a factory in Italy.

A spokesperson for AstraZeneca rejected reports that the doses were part of a “stockpile,” saying that the vaccine was made outside the European Union and that it had been brought to the factory to be filled into vials before distribution within Europe and export to low and middle income countries.

EU Commission Vice President Valdis Dombrovskis said he could not comment on the origin or potential use of the doses reportedly discovered in Italy, but noted that the drugmaker is “very far away from their contractual commitments.”

Some politicians, and media outlets, may be looking for a scapegoat as vaccination programs stumble.

Yet Simona Guagliardo, an analyst with the European Policy Center, said AstraZeneca’s delivery delays have “certainly played a role in slowing down the rollout across Europe.”

“What appears clearly is AstraZeneca may have overpromised in terms of distribution compared to the effective production capacity,” Guagliardo said.

According to Prashant Yadav, a medical supply chain expert and senior fellow at the Center for Global Development, AstraZeneca seems to have spread itself too thin, with a far-reaching supply chain that’s more likely to run into hiccups than those powering vaccines by Pfizer and Moderna. AstraZeneca touts having built more than a dozen regional supply chains to produce its vaccine, with more than 20 partners in over 15 countries.

READ MORE:  Vietnam sets target to have more than 2.1 million enterprises by 2025

It’s also more difficult to predict how much vaccine can be produced from batches of AstraZeneca’s product due to the type of components it contains, Yadav added, though that variability perhaps could have been anticipated when drawing up contracts. AstraZeneca did not provide comment for this story, but it has cited “lower-than-expected output from the production process” as a major complication in Europe.

“As our teams learn from each other and improve their knowledge, the yield is increasing,” Soriot said in February. “Manufacturing of a vaccine is a very complex biological process.”

I think it’s a very, very difficult thing for AstraZeneca to solve at this juncture.”

Not all of AstraZeneca’s headaches have been the result of corporate blunders, Lazarus observed. He does not fault the company for fears about side effects like blood clots, which caused more than a dozen European countries to pause vaccinations earlier this month. The European Union’s regulator conducted an urgent review last week and concluded again that the vaccine is safe to use.

But other concerns — like the alleged misrepresentation of data in its recent US trials — have undoubtedly damaged the company’s reputation, especially in comparison to other drugmakers that have produced safe and effective vaccines but generated fewer negative headlines.

Ronn Torossian, CEO of 5W Public Relations, noted that AstraZeneca’s slip-ups come at a time when distrust of authorities and the benefits of vaccination remain high, raising the stakes.

“The public’s already skeptical,” he said. “I think it’s a very, very difficult thing for AstraZeneca to solve at this juncture.”

Berens of SVB Leerink thinks the company will be able to move past these problems — especially since making vaccines isn’t a business it relies on to make money.

Shares are down more than 2% so far in 2021, lagging gains on the FTSE 100 (UKX), but Pfizer’s stock has also lost ground since the start of the year,

But Berens does wonder: If AstraZeneca could go back in time, would it choose to get involved in resource-heavy vaccine production again? On that count, he’s not so sure. 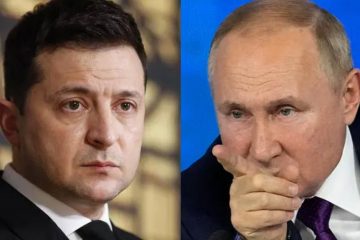