At its peak, Hoa Phat was the fourth most valuable enterprise on the stock exchange, but the capitalization lost more than VND 143,000 billion in the past 1 year, causing the “steel king” to fall.

The stock market is in a strong correction when important milestones are penetrated in turn under strong selling pressure in most stock groups. In that context, HPG shares of Hoa Phat Group could not avoid a sharp drop in price. HPG’s market price continuously dropped, “drifting” down to the 1x price range – something that few people thought about only a few months ago.

At the market price at the end of the session on October 5, it was 19,200 dong/share, the capitalization of Hoa Phat was about 111,600 billion dong, respectively. This number is currently not enough for the leading steel company to maintain a position in the top 10 by capitalization on the stock exchange. 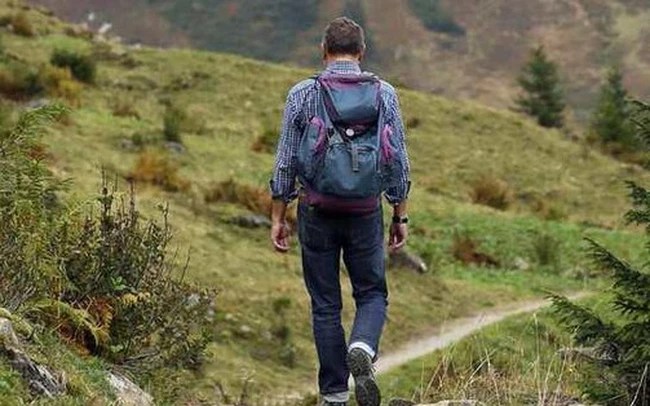 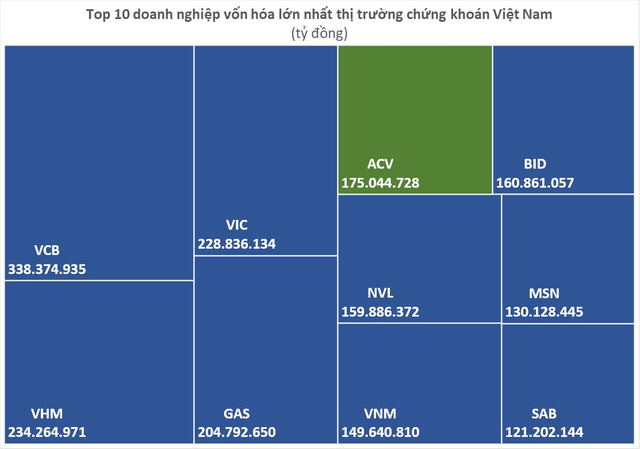 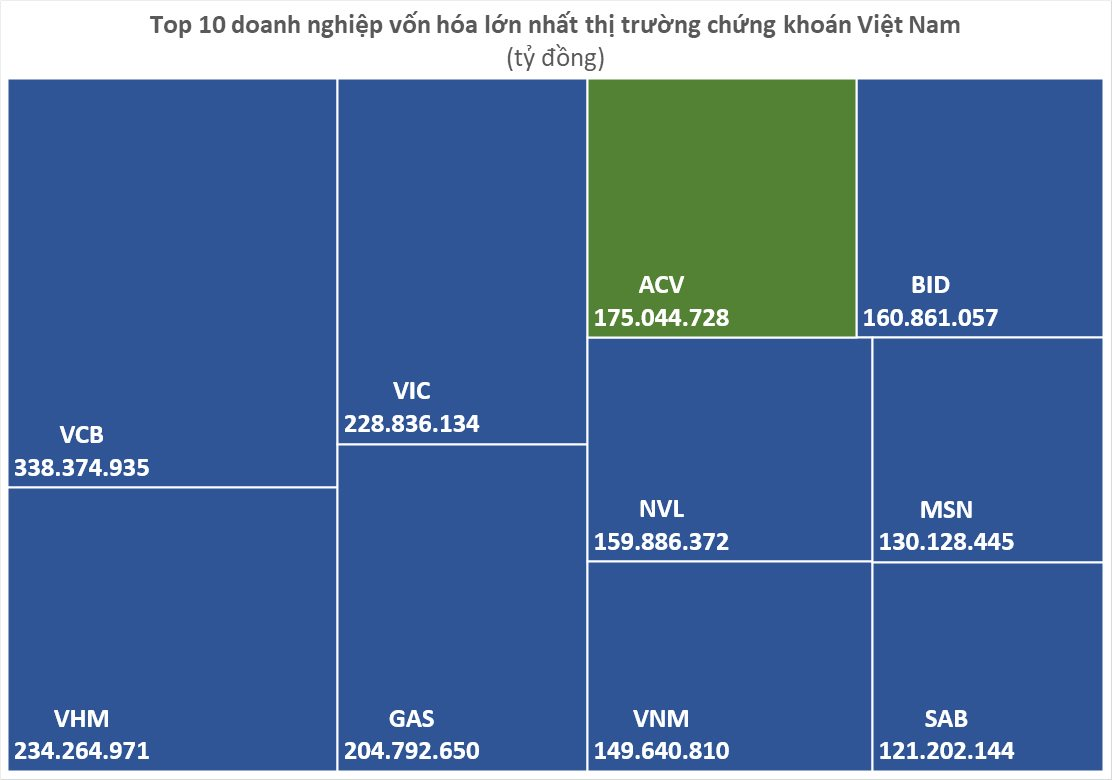 READ MORE:  Vietnam attracted more than US$2billion in FDI in January, despite the impact of COVID-19

Although it is no longer in the top 10 by market capitalization, Hoa Phat is still in the top 10 on all 3 exchanges in terms of charter capital with more than 58,000 billion dong, surpassing even the largest banks in the market and just behind VPB (more than 67,000 billion dong). At the same time, the number of free float shares of HPG was also the second largest on the floor with nearly 3.2 billion units.

However, this is now putting HPG’s stock price under a lot of pressure in the context that the cash flow is no longer abundant enough to absorb the “huge” amount of freefloat shares. This is in stark contrast to the explosive period at the end of 2021 when the trading value of this stock ticked up to trillions of dong thanks to the huge demand and the liquidity burden of the whole market. 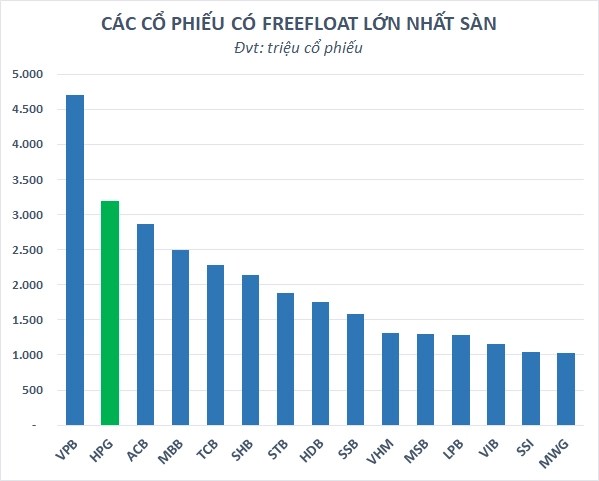 At the same time, HPG stock dropped in the context of many unfavorable factors significantly affecting business results, typically steel price. Accordingly, the last 2nd quarter of 2022 can be considered as one of the most difficult periods in more than 2 years for the steel industry and Hoa Phat. Steel prices fell while input material costs were still high, causing the net profit of the leading steel company to decrease by 59% over the same period to about VND 4,000 billion.

Currently, after a period of continuous sharp decline in the 2nd and 3rd quarters, Hoa Phat’s construction steel price in the domestic market has increased in recent weeks, but the potential for price increase in the remaining months of the year may be in the remaining months of the year modest level. The trickle price increase of only 100-200 VND/kg each time of Hoa Phat partly shows that the demand of final consumers is still growing slowly. Meanwhile, the world rebar price is now only 1/3 of the peak. 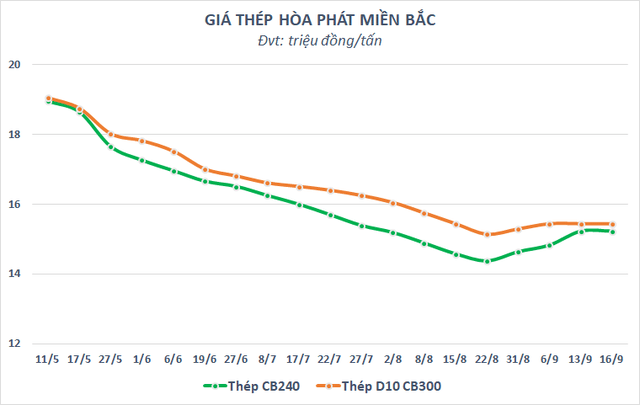 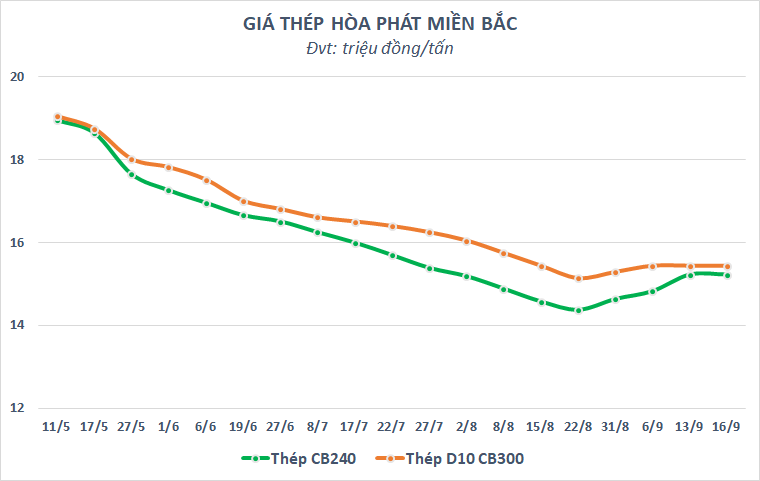 In addition, interest rates tend to increase, which is also a disadvantage when Hoa Phat’s financial structure recognizes that debt accounts for a large proportion. As of the end of the second quarter of 2022, the leading steel company has a debt of more than VND 70,000 billion, nearly twice as much as assets that enjoy interest. Hoa Phat estimates that each 100 basis point change in interest rates will increase or decrease VND 12.43 billion in consolidated net profit for the 6-month period. This number is not large compared to Hoa Phat’s profit, but it can still increase when the group prepares to invest in Dung Quat 2 project with a total investment of up to 85,000 billion VND, of which loan capital accounts for about 35,000 billion dong.

READ MORE:  Singapore tops the list of a total of 80 countries investing in Vietnam

On the other hand, this steel business also suffers from the fear of escalating exchange rates. Particularly in the second quarter, the USD kept increasing, causing the company to lose 1,100 billion VND in the exchange rate…

A recent report of Rong Viet Securities (VDSC) said that the price of raw materials may decrease further in the fourth quarter of this year. In such a context, VDSC assesses that Hoa Phat Group’s crude steel production cost will be only slightly lower in the third quarter than in the second quarter and then will decrease further in the fourth quarter when HPG has actively limited stockpiling raw materials and cutting production in July-August. Thus, a large part of steel sold in Q3 can be produced from high-priced raw materials.

Regarding Dung Quat 2 project, after starting construction in May 2022, the project is in the ground clearance phase. Phase 1 will come into operation from mid-2024 and phase 2 from late 2024. With Dung Quat 2, Hoa Phat’s total capacity will increase by 66% compared to the end of 2021 to 14.6 million tons/year.