Ben Thanh Market in Ho Chi Minh City’s District 1 is a great place to buy local handicrafts, branded goods, Vietnamese art and other souvenirs. Here, you’ll find eating stalls inside the market where you can get a taste of hawker-style Vietnamese cuisine or simply cool off with a cold drink when the bargaining becomes too much.

The market is big, difficult to navigate at times and certainly best avoided during the hottest part of the day but all the same its well worth a look. When night falls, restaurants around the perimeter of the market open their doors creating a vibrant street side scene filling the air with the scents of wok-fried noodles, barbecued fish and meats. One of Saigon’s oldest landmarks, Ben Thanh offers a great atmosphere that is absolutely authentically Vietnamese.

Related: Here’s the list of qualified hotels and attractions for international travelers in Vietnam’s HCMC

A plan to renovate Ho Chi Minh City’s iconic Ben Thanh Market is being finalized and is expected to be presented to the municipal administration later this month, the Tuoi Tre Newspaper reported.

A representative from the city’s project management board for civil and industrial construction works confirmed that the agency is working on a plan to revamp Ben Thanh Market in District 1.

The complete plan will be submitted to the municipal People’s Committee in late February for approval.

The management board will propose specific plans to repair the market floor, upgrade the water supply, drainage, lighting, and power supply systems, boost the fire protection capacity, add roof tiles, and adjust the roof height for better ventilation and lighting.

The inside of the market has deteriorated due to the damp floor and damaged iron roof, while the electricity system does not guarantee fire protection, the representative assessed. 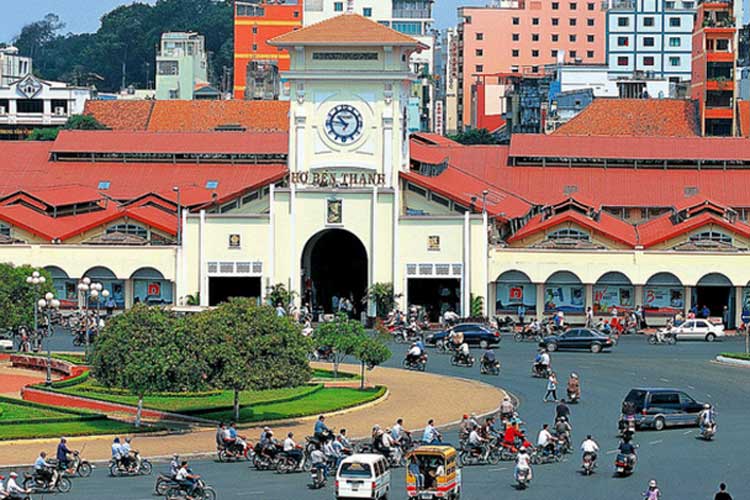 The municipal administration previously tasked the management board with working out a scheme to upgrade the floor and roof as well as boost ventilation, lighting, and fire prevention capacity.

Traders will take care of renovating their own stalls based on the design approved by competent authorities.

The facelift will not affect the architecture of the four gates, officials said.

The revamp mainly targets the interior of the market without changing its exterior design.

The renovation plan also involves the monument conservation center under the city’s Department of Culture and Sports. The work is expected to be funded by the private sector. The market, along with its famous clock tower, is considered one of the symbols of Ho Chi Minh City and a popular tourist attraction of the metropolis. Ben Thanh Market was last repaired in 1985, according to Tuoi Tre Newspaper.