The Vietnam’s largest city of HCMC earned nearly VND3.1 trillion (US$136.4 million) in tourism revenue during the Lunar New Year (Tet) holiday, according to a report by the municipal Department of Tourism.

The report showed, from January 31, the last day of the previous lunar year, to February 6, tourist sites in the southern metropolis welcomed about 280,000 visitors, contributing about VND300 billion ($13.2 million) to the tourism revenue of the city.

Related: Vietnam will reopen its tourism industry next month

Approximately 500,000 hotel rooms were put into service during this period, generating an income of VND1.2 trillion ($52.8 million).

More than one million visitors accessed food and beverage services in the city, spending VND1.6 trillion ($70.4 million), the municipal Department of Tourism reported.

The most popular tourism activities in the city were visiting the iconic Nguyen Hue Flower Street on Nguyen Hue Pedestrian Street and the Tet flower festival at Tao Dan Park in District 1, as well as riding the downtown double-decker bus.

“Ho Chi Minh City is currently a green zone [locality at low COVID-19 risk], which makes visitors feel safer during their stay and spend more on eatery and entertainment services,” a representative from the tourism department stated.

“Most visitors arrived in the metropolis on the second day of the new lunar year to celebrate their Tet break.”

The city has recorded a daily jump of fewer than 100 cases over the past days, which is largely thanks to the wide vaccine coverage and natural immunity from mass infection. 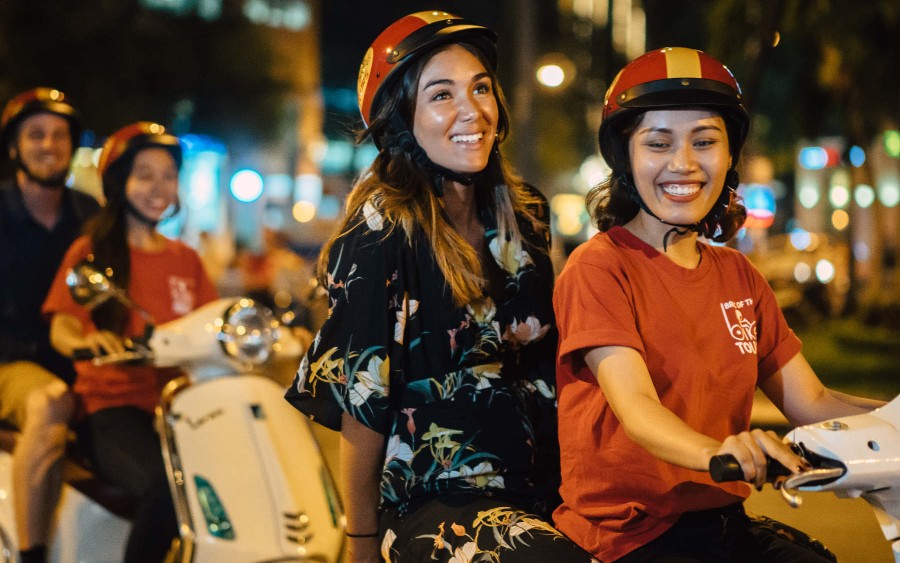 As our previous reported, The Ministry of Culture, Sports and Tourism had previously proposed for Vietnam to completely reopen tourism starting March 31, so Vietnamese Prime Minister Pham Minh Chinh said the country must be prepared to safely reopen for tourism, ideally at the end of March and no later than the end of April.

He said Vietnam will reopen its tourism industry when certain groups of the population have received their third Covid-19 vaccine shots and proper immigration control policies were in place.

Vietnam served over six million domestic travelers and nearly 500 international tourists via the ‘vaccine passport’ program during the Lunar New Year holiday from January 29 to February 6, the National Administration of Tourism told reporter.

The number of domestic travelers during the nine-day break exceeded that in December 2021, Tuoi Tre News citied a statement from the municipal Department of Tourism.

Since November last year, the vaccine passport program was introduced and a limited number of foreign tourists have visited the country so far.

About 8,500 foreign tourists have arrived in the country since then, with about half visiting selected provinces while the others were Vietnamese living overseas coming to see their relatives.