In your country, mice meats and snake wine seem to be a terrible food and drink that you might not taste.

Vietnamese snake wine is a liqueur made by putting a whole snake in a bottle or jar with rice wine or some other grain alcohol. Then let it sit for several months and sometimes add herbs and spices are added in the process, for the taste or to mask bad smells. In some cases, other animals are also added, such as scorpions, insects, lizards or even small birds. It said, all of these animals are recognized as having medicinal properties. 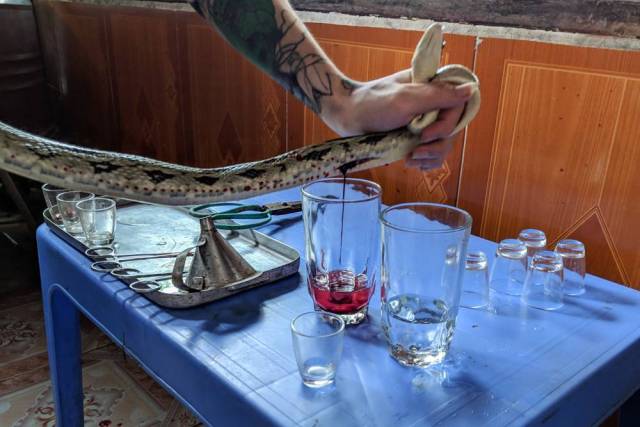 Some people think that the snakes have medicinal properties and by drinking snakes wine, it could, among other things, cure certain diseases, against hair loss and to improve sexual performance. However, nothing has ever been proven about this and is mainly used to persuade buyers, the localvietnam.com reported.

Many travelers want to buy Vietnamese snake wine as a souvenir to bring home. Just keep in mind that importing snake wine is not legal in all countries, as some snakes are on the list of endangered species. It is best to check this before, to avoid problems.

Also there is controversy surrounding the purchase of snake wine, in relation to animal cruelty and that is completely understandable. However, it is still an aspect of Vietnamese culture, as Vietnam is a developing country with some superstitions here and there. 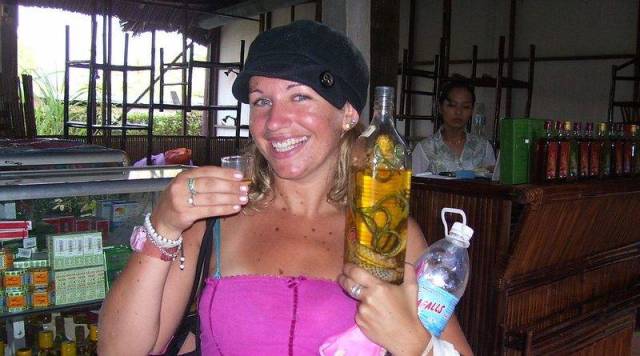 According to the localvietnam.com, this liqueur is served at street markets, bars and even airports. A popular place for travelers to buy it is at Ben Than Market in Ho Chi Minh City. The price for snake wine is between USD 20 and USD 180, depending on the size, type of bottle and type of snake.

Mice is a popular food in Vietnam In your country, mice meats seem to be a terrible meat that you might not eat. However, people in Vietnam’s southern provinces of Phu Yen and Dong Thap consider it as one of delicious food there. In recent years, some visitors call it one of Best Vietnamese Food. When you visit Vietnam and want to discover food in the country, make sure you withe weirdest foods in vietnam you should knowll not skip this dish. 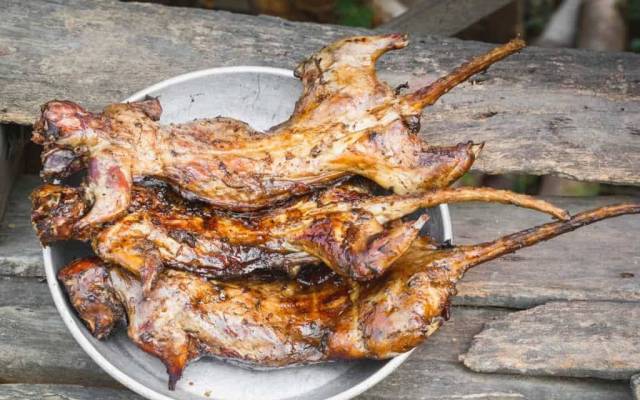 In harvest season of rice, local people gather to hunt for mice. They use nets or make fires from rice straws to catch the mice.

The mice are prepared (guts, skin, claws are removed), marinated with spices for 15 minutes, then hung at the top of a terracotta jar using special hangers. The number of mice which could be grilled at the same time depends on the size of the jar. They make a fire in the jar to grill these mice for 1 hour. The cook must continuously cover the mice with fat/oil, spices, change the side of the mice while grilling. Photo by IAN TEH

The grilled mouse is served hot with a mixture of salt, ground pepper, lime juice, veggies including green banana, tomato, cucumber and Vietnamese mint. The mouse is crispy outside and tender, a little chewy inside. Some visitors even cannot recognize it is made from “scary mouse”. The dish is so delicious that they call it “deer meat in the countryside”.

Though most wild mice in Vietnam are healthy and low in parasites, there are some potential health concerns when handling them before cooking. 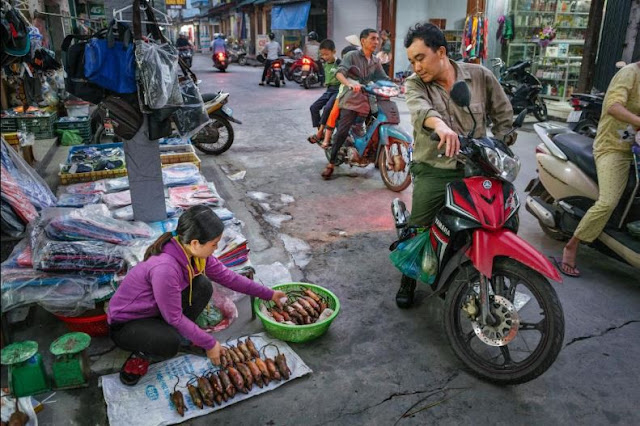 Photo by IAN TEH

The mammals carry more than 60 diseases that can affect humans. In places where mice is crop pests, particularly in Vietnamese rice fields, farmers will put out mice poisons, slow-acting anti-coagulants that can take up to five days to kill their victims.

The fear of ingesting mice poison is why many Vietnamese prefer to shop for live mice in local markets, where they can determine for themselves if the animal looks healthy. In most cases, cooking the meat thoroughly is the best way to avoid getting infected with a mice-borne illness.