Hanoi police warn that drugs are “labeled” with juice, disguised as confectionery

After paper stamps, tongue charms …, recently in the world and Vietnam appeared drugs “hiding” in the form of drinks and foods such as: mango juice, grape juice, lemon tea, chocolate…

The Hanoi police said that this is a mixed drug, packaged in the form of food and drinks, which is a sophisticated trick of criminals to hide from authorities, to transport and trade pass. People who transport, store, trade in this type of goods, know that it is a drug, but when arrested, often confess that they do not know it is a drug, in order to deny the crime. 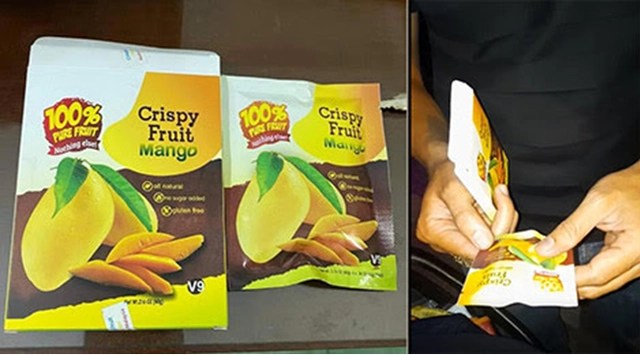 In October 2020, the police of District 5, Ho Chi Minh City, discovered an illegal sale of a new drug called Bromazepam, disguised in a plastic package with the words “Crispy Fruit Mango”, also known as “mango juice”, inside contains yellow powder. This powder mixed with water to drink will create hallucinations, and improve the physiological ability, aimed at young people…

“Crispy Fruit Mango” contains Bromazepam, Nimetazepam which is a narcotic substance (under List III of Decree 57/2022/ND-CP, dated August 25, 2022 of the Government).

Notably, the bottle of “fun water” is small and compact, only 10.5cm high, and 5cm in diameter, so it can be easily brought to places to sell to people. Just a small drop of “fun water” mixed into soft drinks can help addicts reach “high” in a short time.

2 packaging forms of “fun water” on the market, were discovered by the police force.

“Happy water” contains the drug GHB (listed on the list IIC of Decree 57/2022/ND-CP, dated August 25, 2022 of the Government), which is made up of precursor Gammabutyro lactone (GBL). Many types of drugs “hide” under the names of other countries such as “grape juice” Ribena containing ketamine, “lemon tea”, beverage “Tropicana Twister” containing narcotics (Ketamin, MDMA). This is a form of synthetic drug, which can be dissolved in water such as soft drinks, when taken, will cause strong hallucinations, psychosis and can affect life if used too much.

A new type of drug, often referred to as “fun water” by the subjects and packaged in small powder packs with packaging with eye-catching images and colors, has been caught by functional forces in provinces such as Bac Ninh, Thanh Hoa, Nha Trang (Khanh Hoa) discovered and arrested many traffickers.

Besides synthetic drugs “hiding” in the form of soft drinks, recently there have also appeared drugs disguised as food, e-cigarettes, herbs.

It is known that foods (cakes and candies) containing narcotic substances are produced and packaged with permission in some countries around the world, these types are produced with the prescribed concentration indicated on the product packaging products and have user warnings. 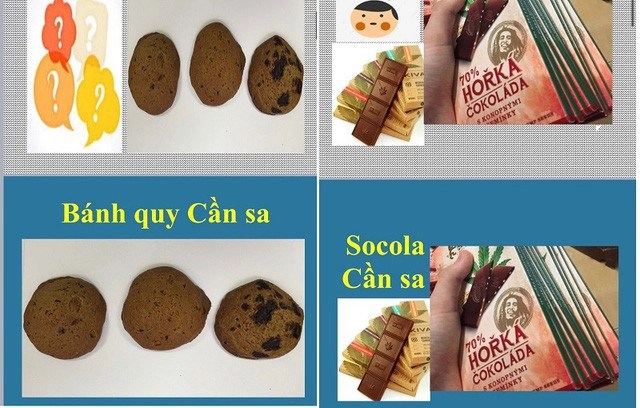 In the past time, subjects have taken advantage and smuggled into Vietnam to spread and use, leading to poisoning such as in Ha Long and Quang Ninh. The subject bought candy from a supermarket in the US to bring back to relatives to use but did not specify that it contained narcotics. This type of user can be confused, overdose can be life-threatening… 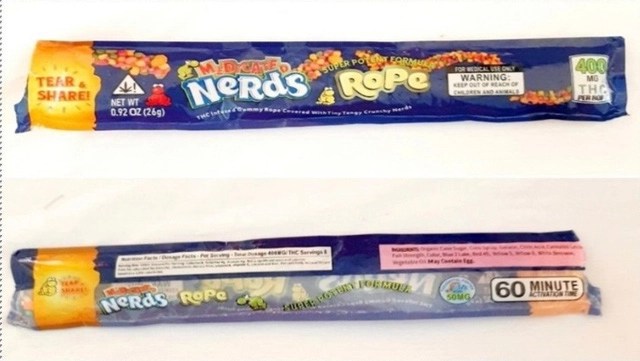 READ MORE:  The “key” to a happy and healthy life was announced by Harvard University

Or like the case of a group of students in Hoanh Bo, Quang Ninh using candy containing narcotics, being poisoned and requiring emergency care (October 2021); the case of using Chill Max brand chocolate containing drugs ADB-BUTINACA (listed to IIC of Decree 57/2022/ND-CP, dated August 25, 2022) in Dong Anh, Hanoi (May June 2022).

Many “newly emerging” synthetic drugs are impregnated with herbs and packaged by subjects as “cigarettes” (slang for aromatic tobacco, or tobacco) with brands such as Amsterdam, Dominix etc. Notably, some types are produced and packaged in the form of rolled tobacco fibers but disguised as normal tobacco brands such as Marlboro… In addition, some types are not labeled but packaged as packages of ordinary tobacco. Visually, it is not possible to distinguish these narcotic herbs from tobacco or pipe tobacco.

In September 2022, the police of Nam Tu Liem district, Hanoi investigated and discovered the subjects in the case through social networks (zalo, telegram …) linked together to form criminal groups that illegally traded in substances drugs in different locations. The main form is through the system of transporting goods by ship cod, software … with the items being drugs impregnated in e-cigarettes, herbs, which are currently popular with young people.

It is worth mentioning, looking at the product packaging, most people think that this is a package of soft drinks, candies, ordinary cigarettes, not drugs. Users also do not need tools that can be used anywhere, without needing to be discreet or concealed. Therefore, synthetic drugs easily penetrate into schools, amusement parks, bars … with unpredictable harm that the authorities are difficult to detect and prevent.

Therefore, in order to actively prevent and fight against the tricks of mixing drugs in the form of food, drinks, e-cigarettes and herbs in the capital area, the Director of Hanoi City Public Security requested that: units:

Propagating and disseminating state policies and laws on drug prevention and control, drug harms, methods and tricks of drug offenders, and ways to identify drugs Drugs, foods, beverages, cigarettes, and electronic cigarettes are easily mixed by criminals to warn schools, parents, young people as well as the whole society about the harmful effects of drugs “hidden” drugs.

Actively coordinate with functional agencies to strengthen inspection, detection and handling of goods being food, beverages, and e-cigarettes of unknown origin to prevent harm to the community. Coordinating with social organizations to organize coordination activities to propagate and mobilize union members and members to participate in the prevention of social evils and drug-related crimes…

Actively review and coordinate with grassroots police forces to detect, fight, arrest, and strictly handle acts of illegal trading, transportation, stockpiling and use of narcotics in general, according to regulations drugs in the form of mixing food, beverages, tobacco, herbs, etc. in particular.