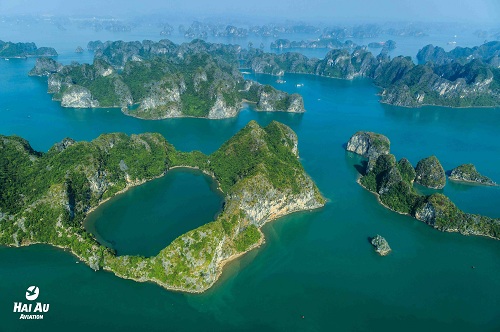 Tourism activities in Quang Ninh have significantly increased so far which gives a huge contribution to development in economy and society of province in general. Government management missions have been applied and innovated constantly, especially strategy planning, definition and orientation tasks focus to raise locals and regional authorities’ awareness which has dramatic impact on tourism activities. Infrastructure investment was pointed at important items and initially met the growing demand, leading to considerably enlarged tourism atmosphere compared with before…

Visit Vietnam Year 2018 is a special event whose scale is not only domestic but international. It has effect on multiple sectors such as culture, economy, society and particularly tourism. The Visit Vietnam Year 2018 is a crucial opportunity to present Viet Nam’s tangible and intangible heritage, resources and culture. It is expected to draw more foreign tourists to Viet Nam and bolster growth of domestic tourists to Quang Ninh making a breakthrough in hospitality and related fields.

The Visit Vietnam Year 2018 is expected to be resoundingly successful and it is also a promising project to capital absorption, strongly promote tourism developing connection among countries and regions which helps improve position and image of Viet Nam in general and Quang Ninh’s in particular.