According to Gordon Ramsay, Vietnam is one of three places with the best food in the world. 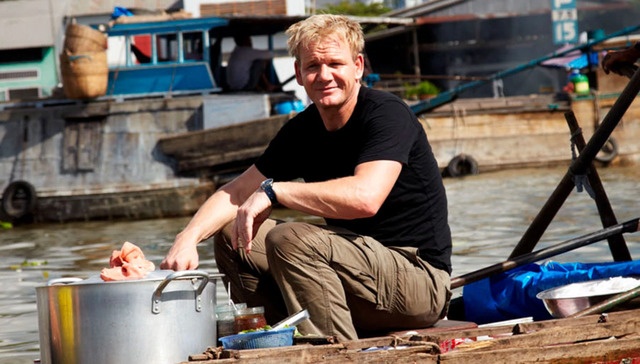 In a recent conversation with a Korean YouTuber, chef Gordon Ramsay mentioned Laos, Vietnam and Madrid (Spain) when asked about the world’s top culinary destinations.

Gordon said he had just had a trip to the countryside in Laos and was very impressed with the food in this country. The chef spends word “interesting” to describe the cuisine in Madrid.

When it comes to Vietnamese food, Gordon Ramsay shared his feeling: “Vietnam is a place with many amazingly delicious dishes. I love Vietnam and love the food here”.

This is not the first time the Scottish chef has praised Vietnamese dishes. He was surprised many times about our country’s cuisine when he came to record the second season of the series Gordon’s Great Escape in 2013.

The richest chef in the world still had many difficulties when learning how to cook local dishes such as banh cuon, vermicelli, marinated duck… At that time, he said: “Luckily I was not born in Vietnam, otherwise I’m just a bad cook.”