Good news: A battery that collects solar energy at night has been invented

Wherever a thermal camera captures energy, we can find ways to capture it, including body temperature.

A green, clean, renewable and environmentally friendly source of energy. We are talking about the advantages of solar power. But all those advantages will become meaningless at night, when solar panels can no longer receive light.

Their storage batteries even come back to be an environmental problem. How will you handle them when they expire?

But in an even more groundbreaking effort, a team of scientists at the University of New South Wales (NSWU), Australia has succeeded in making solar panels that can even work at night. Can we collect solar energy at night?

The basic principle of the device – known as a thermoluminescent photodiode – is that it will absorb heat from infrared radiation emitted by the environment at night, after being illuminated by the Sun and heated during the day.

For example, you can see that in the summer, the asphalt and concrete pavement of buildings is still hot at night. They emit invisible energy radiation that cannot be seen by the human eye.

But the heat-dissipating photodiode, which is made by engineers at NSWU, is made from a semiconductor material similar to that used in military night vision goggles. Therefore, it can absorb energy from infrared light. 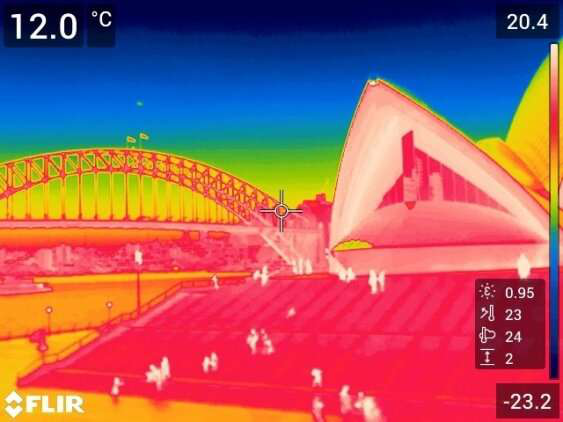 At night, objects still emit invisible energetic radiation that cannot be seen by the human eye.

READ MORE:  Vietnam becomes the second-largest exporter of mobile phones in the world

Take advantage of the flow of energy

Energy is neither created nor destroyed, it is only transferred from one form to another or from one object to another. That is the basic principle of the law of conservation of energy that we have learned since high school.

“So whenever there’s a stream of energy, we can convert it between different forms,” ​​said Associate Professor Ekins-Daukes. “Photovoltaics, in essence, is the direct conversion of sunlight into electricity. It’s an artificial process that humans have developed to convert energy from light into electricity.”

“In that sense, we’re also doing a similar process with infrared heat. We’re converting the energy of the warm Earth, before that energy is radiated and lost out into the cold universe. price,” adds Dr Phoebe Pearce, one of the paper’s co-authors.

This process is ultimately still the extraction of solar energy. Because it is the Sun that illuminates half of the earth during the day and warms the surface of half of the planet. At night, this energy will radiate back into the cold space freely.

In both cases, the temperature difference is what allows us to generate electricity.

The idea is that if you make heat-emitting diodes to block that flow of energy the way you would block a stream of water, you could generate electricity.

A promise of commercialized performance

About two months ago, a team of researchers at Stanford University also announced a device that captures radiant energy at night. It’s called a thermoelectric module, which can generate voltages and currents from the temperature gradient, or difference between the device’s heat and the air around it.

However, this device from Stanford engineers only produces 50 milliwatts per square meter. Meaning it’s not enough to light a light bulb, unless you create up to 20 square meters of such a thermal module. 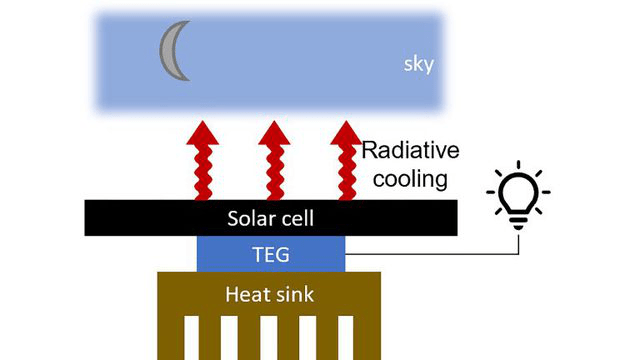 A module that collects solar energy at night.

Now, the University of New South Wales’ heat-dissipating photodiode is also competing in performance with Stanford’s. Associate Professor Ekins-Daukes likens their new study to the work of engineers at Bell Labs, who first invented silicon solar cells in 1954.

At that time, a solar panel, containing photovoltaic “cells” only converted 2% of light into electricity. But now our commercial panels have a conversion efficiency of up to 23%.

In theory, scientists could even achieve a conversion efficiency of 86.8% with their lab equipment.

“While this technology has yet to reach commercial performance, we have demonstrated the feasibility of the idea ,” said Dr. Michael Nielsen, a co-author of the new study.

“By leveraging our knowledge of how to design and optimize solar cells, and by borrowing materials from the existing field of mid-range infrared optical detectors, we hope to make progress quickly in realizing the dream of solar power at night”. 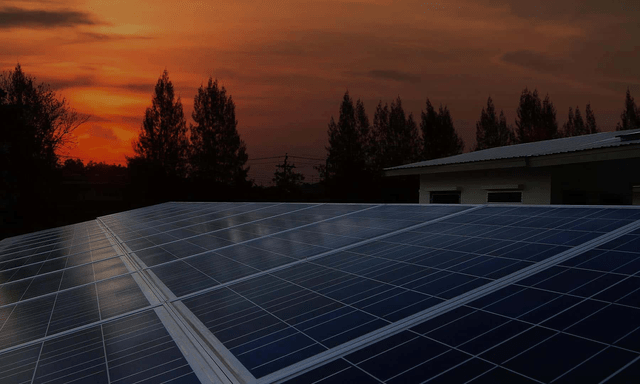 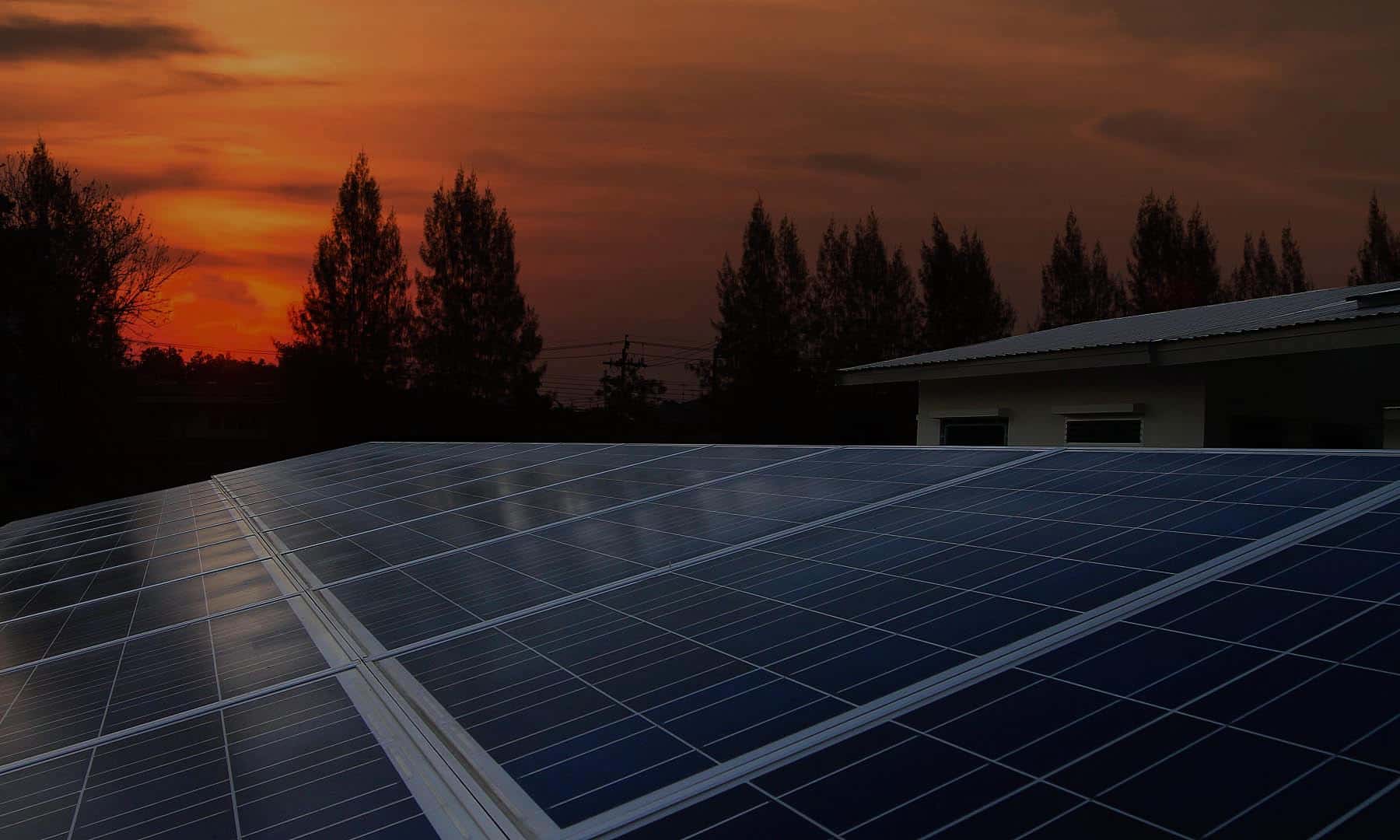 The scientists hope that in the not too distant future, their research will be commercialized.

The UNSW team’s breakthrough is a confirmation of the working of the theory. The job now is just to make that theory a reality, which, by building more specialized and efficient devices, could one day help us capture and convert infrared thermal energy at scale. larger tissue.

READ MORE:  US commissioner urges Apple and Google to remove TikTok from their app stores

” Right now, we have demonstrated the theory’s feasibility with a thermally biased diode device of relatively very low power ,” said Associate Professor Ekins-Daukes. ” But the theory says that the technology could eventually produce about a tenth of the capacity when compared to daytime solar cells.”

With their heat-dissipating photodiode, the team at the University of New South Wales believe it will open up even more future applications, beyond solar panels at night.

This technology will help us to produce electricity in ways like never before. For example, capturing body heat to power biological devices, including artificial hearts, brain chips and even charging external electronic devices.

“We could, in principle, generate energy in a way that we’ve demonstrated from just human body heat – which you can see glowing in a thermal camera,” said Associate Professor Ekins-Daukes. know.

“In short, this technology has the potential to capture that energy and eliminate the need for batteries in some devices – or help recharge them. The limits of the application are not just solar power.” 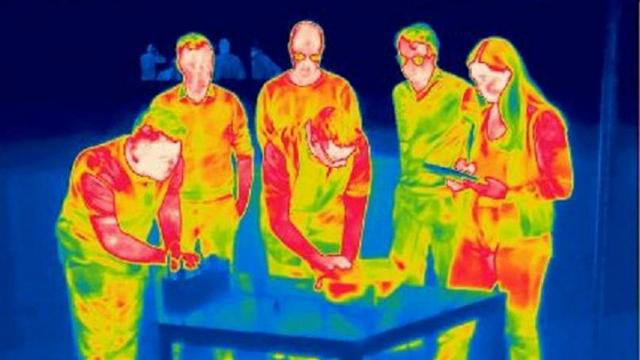 Wherever a thermal camera captures energy, we can find ways to capture it, including body temperature.

The team at NSWU hopes industry leaders will recognize the potential of this new technology and support its development. Either way, a research that wants to get out of the lab and into real life will need to be commercially successful.

“I think this is a disruptive technology, and we shouldn’t underestimate the role of industry players, they have to get involved and really promote it ,” said Associate Professor Ekins-Daukes .

” If the industry can see this as a valuable technology to them, then progress on these night-time solar panels can be sped up extremely quickly.”

The study has now been published in the journal ACS Photonics.