Rapidly rising interest rates have dragged gold from near historic highs six months ago to its lowest since April 2020, but analysts expect a rebound in the coming months as the pace of gains slows.

However, rapid monetary tightening by the US central bank since then has pushed the dollar to a 20-year high, making gold – priced in dollars – more expensive for many people. buying. At the same time, a rising USD also leads to an increase in profits from US government Treasuries, making gold less attractive (because it does not bring interest).

Investors responded by selling gold. Gold is currently around $1,650 an ounce, down 20% from its March high, and US gold futures speculators are betting on further declines.

“US monetary policy is playing the most important role (for gold prices),” said Carsten Menke, an analyst at Julius Baer. 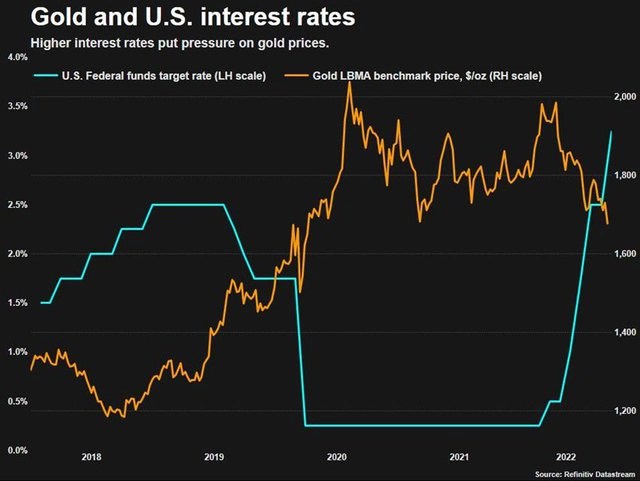 Gold prices and US interest rates go in opposite directions.

The technical chart also shows a very difficult situation for the gold commodity. Tom Pelc, technical analyst and chief investment officer at Fortu Wealth, said gold is “locked in a bearish space” with support at $1,645 and lower at $1,606. Movement of gold price, USD and US Treasury bond yields.

The amount of gold that ETFs hold this year has dropped sharply as investors sell more gold than they buy.

Gold is currently trading at $600 an ounce above its ‘fair value’ based on interest rates, inflation projections and dollar strength, analysts at Australian bank ANZ said. US dollars. But analysts are looking for a time when interest rates stop rising and start falling – something they believe will depress the value of the US dollar, lower bond yields and help gold regain its luster.

Financial markets are pricing in a Fed reference rate that will peak next year and will likely begin to decline in the second half of 2023.

Gold is likely to bottom out in September or October and prices will average $1,775 an ounce in the final quarter of this year, then $1,870 in 2023, Citi analysts said.

Another factor supporting bullion is the geopolitical uncertainty following the conflict between Russia and Ukraine and concerns that high interest rates will destroy economic growth without stopping inflation – a condition known as stagnation inflation. 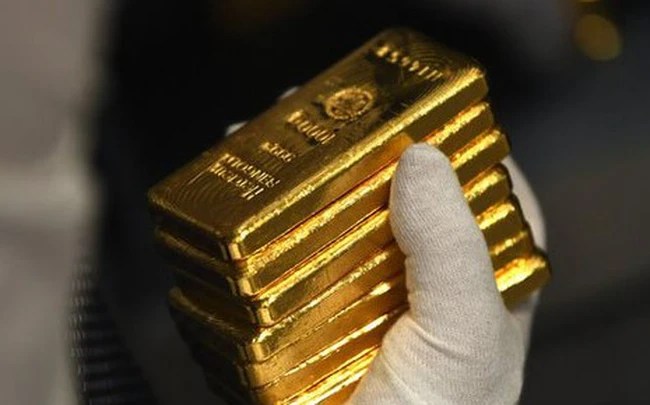 Both of these scenarios encourage investors to buy gold as a safe store of value.

The World Bank (WB) on September 15 warned that the risk of a global recession is increasing as central banks focus their efforts on curbing escalating inflation. The World Bank President expressed concern that other countries in the world may continue to decline in economic terms in 2023 and beyond.

This year, the situation has been aggravated by the impact of the conflict in Ukraine as well as China’s blockade measures in an effort to prevent the COVID-19 pandemic.

Inflation around the world is rising at its fastest pace in decades as supply constrains amid rising demand across countries during the recovery from the COVID-19 pandemic. The situation forced key central banks to react strongly, raising lending costs to reduce demand and curb escalating inflation.

However, in a recent report, the World Bank’s economists warned that this measure may not be enough to cool down inflation, prompting central banks to raise interest rates further – this is the reason why slow down economic growth. In this scenario, the World Bank forecasts that global Gross Domestic Product (GDP) growth will slow to 0.5% in 2023 – that is, a 0.4% decrease in growth per capita, which means that The global economy fell into recession. In the worst-case scenario, advanced economies will shrink while developed and emerging economies record slower growth.