Global airline industry will not resume pre-pandemic levels until 2023, the biggest increases are expected in Asia

With countries still struggling to overcome the COVID-19, the global airline industry is expected to resume its pre-pandemic levels in 2023-25. And air traffic is predicted to almost double from 4.5 billion passengers in 2019 to 8.5 billion in 2039. This will definitely be game time for aircraft manufacturers.

As such, Airbus the European multinational aerospace company is providing suppliers with an e update of its production plans, giving visibility to schedule necessary investments and secure long term capacity and production rate readiness.

Guillaume Faury, Airbus CEO, said the aviation sector is beginning to recover from the COVID-19 crisis. “The message to our supplier community provides visibility to the entire industrial ecosystem to secure the necessary capabilities and be ready when market conditions call for it,” he explained. “In parallel, we are transforming our industrial system by optimizing our aerostructures set-up and modernizing our A320 Family production facilities. All these actions are set in motion to prepare our future.” Airbus has already announced its plans to step up the manufacturing cadence of its best-selling A320 single-aisle aircraft and should reach a record level already in 2023.

And Boeing forecasts that airlines will need 43,110 new aircraft through 2039, which will result in near doubling of the global fleet; Asia alone will account for 40% of that demand. Darren Hulst, vice president of marketing at Boeing, had last year said that as with the September 11 attacks or the global financial crisis of 2007-2009, the industry will prove resilience again.

Consulting firm Oliver Wyman in a recent study pointed out that if the biggest aircraft fleets are currently in the United States and Europe, the biggest increases are expected in Asia and the Middle East. Airbus delivered 19% of its planes to China, more than the United States, and this trend is not expected to change.

The Center for Aviation (CAPA) said that in many emerging countries where the middle class is expanding, air travel is becoming possible for more and more people. “Among Asia’s emerging nations, one of the greatest aspirational goals is simply the ability to travel internationally. It is a sign of social and economic maturity and permits experiences which were unthinkable for their parents.”

CAPA noted that these people were unlikely to share the growing sentiment among some people in the West towards reducing air travel to reduce one’s carbon footprint. “For these new would-be flyers, the whole concept of “flight shaming” at a grassroots level is grossly alien. Consequently, in Asia flight shaming is unlikely to gain much traction.” 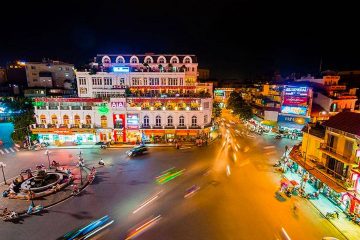 Which of Time’s top Vietnam’s destinations have you visited? 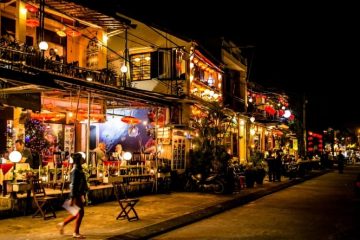 Hoi An locks down after finding Covid-19 patients 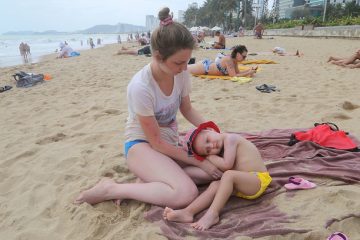 Logistics and industrial park giants carried out many mergers and acquisitions

Vietnam becomes more attractive in the long run. Here’s why

Why Vietnam is rated one of top 10 emerging markets in the global data center market?

Another 4,060 Covid-19 cases recorded in Vietnam as thousands return to central region

Sustainable artisanal fashion: Why Gen Z is leading the pack?

Beer giants struggling during the pandemic