Amid fears of a racquet crisis out of control, German Chancellor Olaf Scholz will travel to the UAE to secure gas supplies.

“Isn’t it going to be pasta next?” The German people had to exclaim earlier this month when they heard that the toilet paper factory went bankrupt.

After all, if toilet paper was the second most searched supermarket item during the peak of the pandemic, pasta is at the top of the list.

Consumers are divided very strictly, each person is only allowed to buy 1-2 bags of toilet paper to ensure that everyone has a share. But after a boom during the pandemic, toilet paper brand Hakle, famous for its “comfortable” 3-ply roll since 1928, suffered a shock due to an energy crisis.

It was Germany’s first giant consumer goods factory to collapse because of soaring energy and raw materials costs. Many people think that many other companies will file for bankruptcy.

Last week, the Munich-based Ifo Institute for Economic Research downgraded its growth forecast for Germany. They announced that Germany was entering the winter of recession. 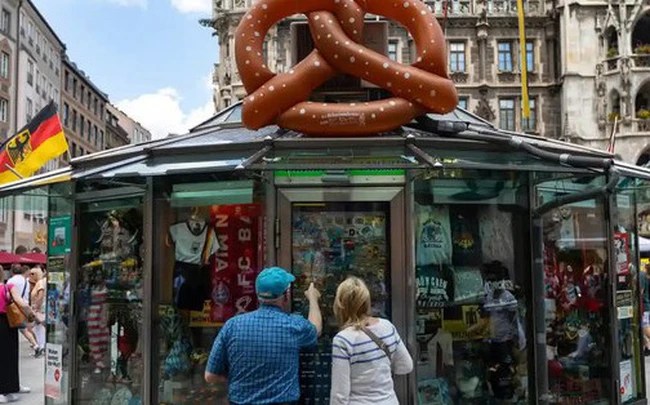 Timo Wollmershäuser, Ifo’s head of forecasting, said: “Cuts in gas supplies from Russia this summer and dramatic price increases are wreaking havoc on the post-Covid-19 economic recovery.” He said the situation would not return to normal until 2024 when Germany is expected to have 1.8% growth and 2.4% inflation.

“Gas supplies are gradually expanding and the government is in regular negotiations with many countries, as well as with countries on the Arabian peninsula,” said German Economy Minister Robert Habeck.

Paper production consumes a lot of energy. Hakle used 60,000 MWh of gas and 40,000 MWh of electricity each year. The company said energy costs rose so quickly that it didn’t have time to raise product prices. Customers are also gradually switching to cheaper double-layer roll paper. 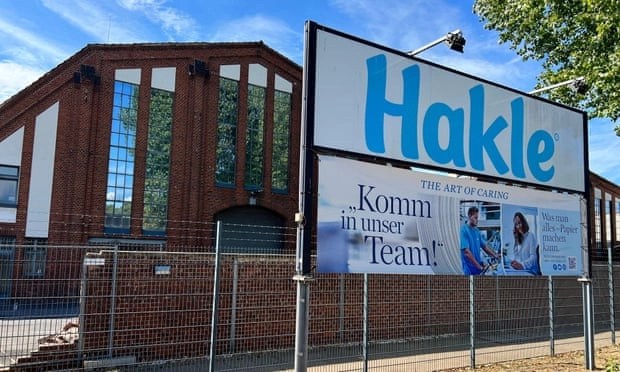 Company owners, shopkeepers, and employees across Germany are openly expressing concern that a crisis in Europe’s largest economy risks spiraling out of control.

They questioned Mr. Scholz’s optimism as he hoped that “if we get through this winter, we have a good chance that next summer and winter things will be more comfortable”.

He and about 1,000 bakers took to the streets to protest on September 14. “Have they lost their minds? We will have to turn off the furnace.” Protesters held up placards saying politicians had brought them into the greatest crisis of all time and called for urgent state support.

Yasmin Fahimi, head of the German Trade Union Union (DGB), said she was concerned that too many challenges coming at once would bring disaster. “Some companies are in a tenuous position,” she said. This risks creating a domino effect that could lead to Germany’s de-industrialization. This would be a disaster.”

She called on the government to protect companies that are precarious, especially due to high energy use, “to ensure that they can maintain minimal production capacity. When things get better, they can “Those who are now bankrupt will never come back. We need to be clear about that.” ArcelorMittal steel plants in the ports of Hamburg and Bremen are planning to close ‘until further notice because of rising energy costs.Photo: Action Press / REX / Shutterstock.

Many companies are reducing output to a minimum. Others, such as the ArcelorMittal steel plant in the ports of Hamburg and Bremen, are planning to close “until further notice”.

This scenario is playing out across Germany, affecting mostly energy-intensive industries such as steel, building materials, glass, paper, and chemicals. These industries are the backbone of the German economy. The “de-industrialization” that Fahimi fears are possible.

Meanwhile, elsewhere cheaper energy and production costs are attracting some businesses to relocate. But in the case of a company with hundreds of thousands of branches like Mittelstand, which is small to medium-sized, often family-run, and loyal to a particular location, relocating is hardly an option.

According to the Federation of German Industries (BDI), 90% of companies consider the price of energy and raw materials to be “highly influential” or “an existential challenge”. For ammonia, a key ingredient in the agricultural industry for fertilizer production, producers like BASF have reduced production to a minimum and are forced to buy the chemical from cheaper markets around the world.

Volker Jung, the head of the bankrupt toilet paper maker Hakle, has called on the state to subsidize energy prices. Otherwise, he said, people would have to question “whether Germany will be able to produce paper again.” 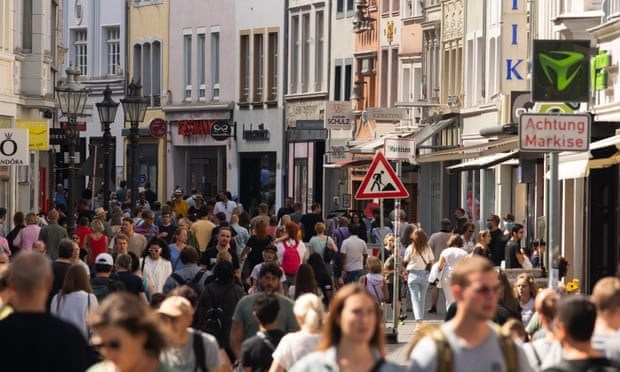 A recent survey shows that German consumer confidence is at its lowest level since 1949. Photo: Ying Tang / NurPhoto / REX / Shutterstock

READ MORE:  From a small carpentry workshop that once went bankrupt, how did LEGO succeed?

Wolfgang Große Entrup, head of the German Chemicals Association (VCI), has warned of the risk of Germany creating a new dependency at a time when it should seek to do the opposite.

Another recent survey showed that consumer confidence fell to its lowest level since the founding of the Federal Republic of Germany in 1949. Faced with soaring energy bills, households are struggling to rethink spending, from vacations to shopping and dining.

Businesses are doing the same. They avoid new investments and instead hold meetings to discuss how heat can be reduced in factories and offices.

More and more companies are giving their workers “Kurzarbeit,” or short-term government aid. The Kurzarbeit subsidy was first introduced in the 1920s in response to the economic crisis of the Weimar Republic and was later used to considerable effect during the global financial crisis.

This willingness to support workers is seen as crucial if Germany is to have a chance to emerge from the current crisis. But more and more questions arise, how long will Germany be able to hold out like this?