A mass of cold air sweeping through North Vietnam has brought heavy rain and frost at high altitudes over the past weekend.

The weather turns icy cold, freezing raindrops, which hang on tree branches and flowers. According to The National Center for Hydro-Meteorological Forecasting, the high mountains of Lang Son, Lao Cai, Lai Chau, Cao Bang and Ha Giang provinces are greatly affected by this three-day cold spell, the Hanoi Times reported. 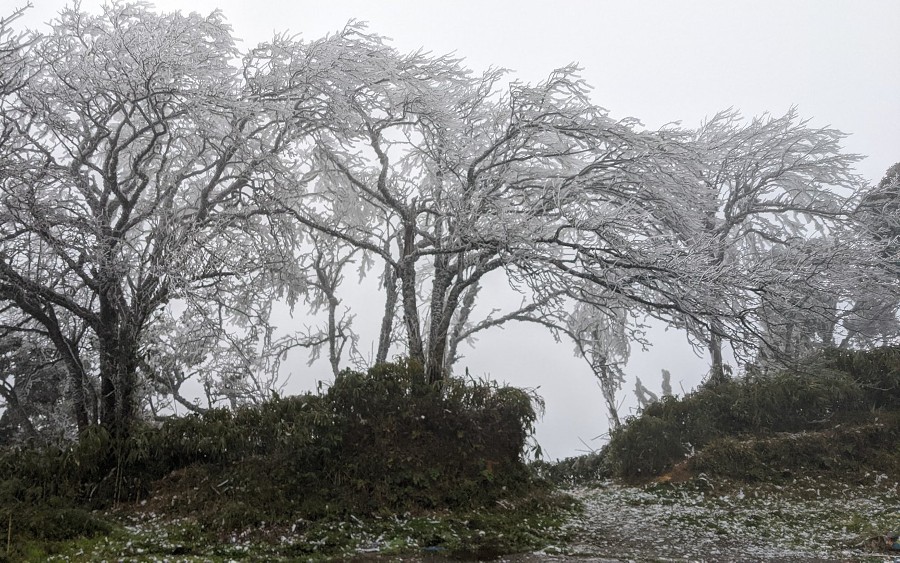 Atop the Mau Son Mountain in the Lang Son Province, frost and heavy rain appeared at 3 a.m. along with the thick fog. The place recorded sub-zero temperatures at 10 a.m. on February 20, the lowest in Vietnam during this cold spell.

The sub-zero temperature would remain in Mau Mountain at night and early morning for the next one or two more days.

The ice has covered a large area on the top of Mau Son Mountain. It is even thicker in some less windy places. It’s expected that tourists will still keep flocking to the site in the coming days to watch this rare natural phenomenon in a tropical country.

According to meteorologists, the last few days have been the coldest since the beginning of the winter-spring season of 2021-2022. There have been nine cold spells since the end of December, with the coldest causing temperatures to plummet to minus two degrees in Lao Cai. In March and April, average temperatures across the country would be around 0.5 degrees lower than usual, according to meteorologists. 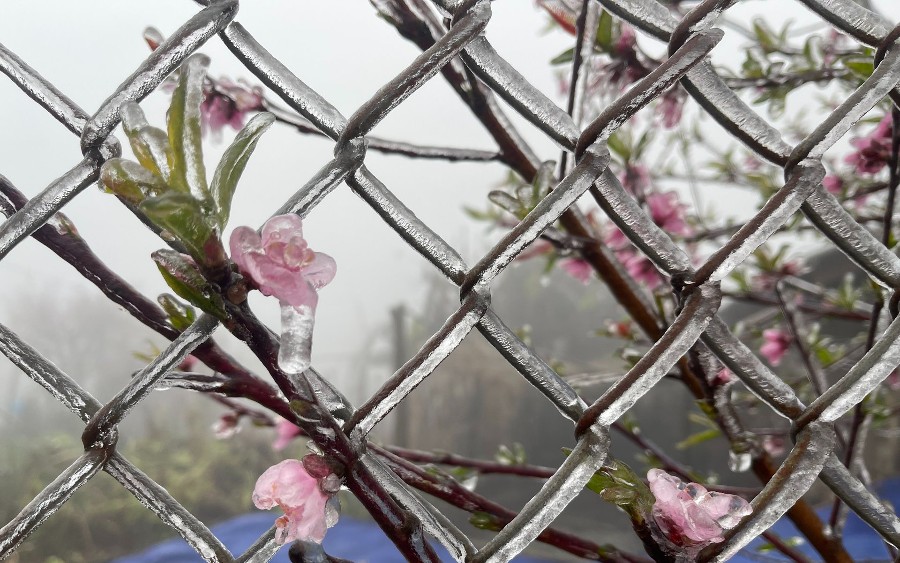 In addition, in late February 20, the cold snap plunged the temperatures in the neighboring province of Lao Cai. Heavy rain also occurred in the area of Heaven Gate, O Quy Ho Pass, and some communes in Bat Xat and Bac Ha district. The outdoor temperature in the O Quy Ho area remained at minus two degrees Celsius all day on February 20.

“I was very lucky to be able to admire this magical scenery atop Mount Fansipan. This is the first time I saw natural ice with my own eyes and stood under such cold weather,” Van Anh, a tourist from Ho Chi Minh City told reporter. 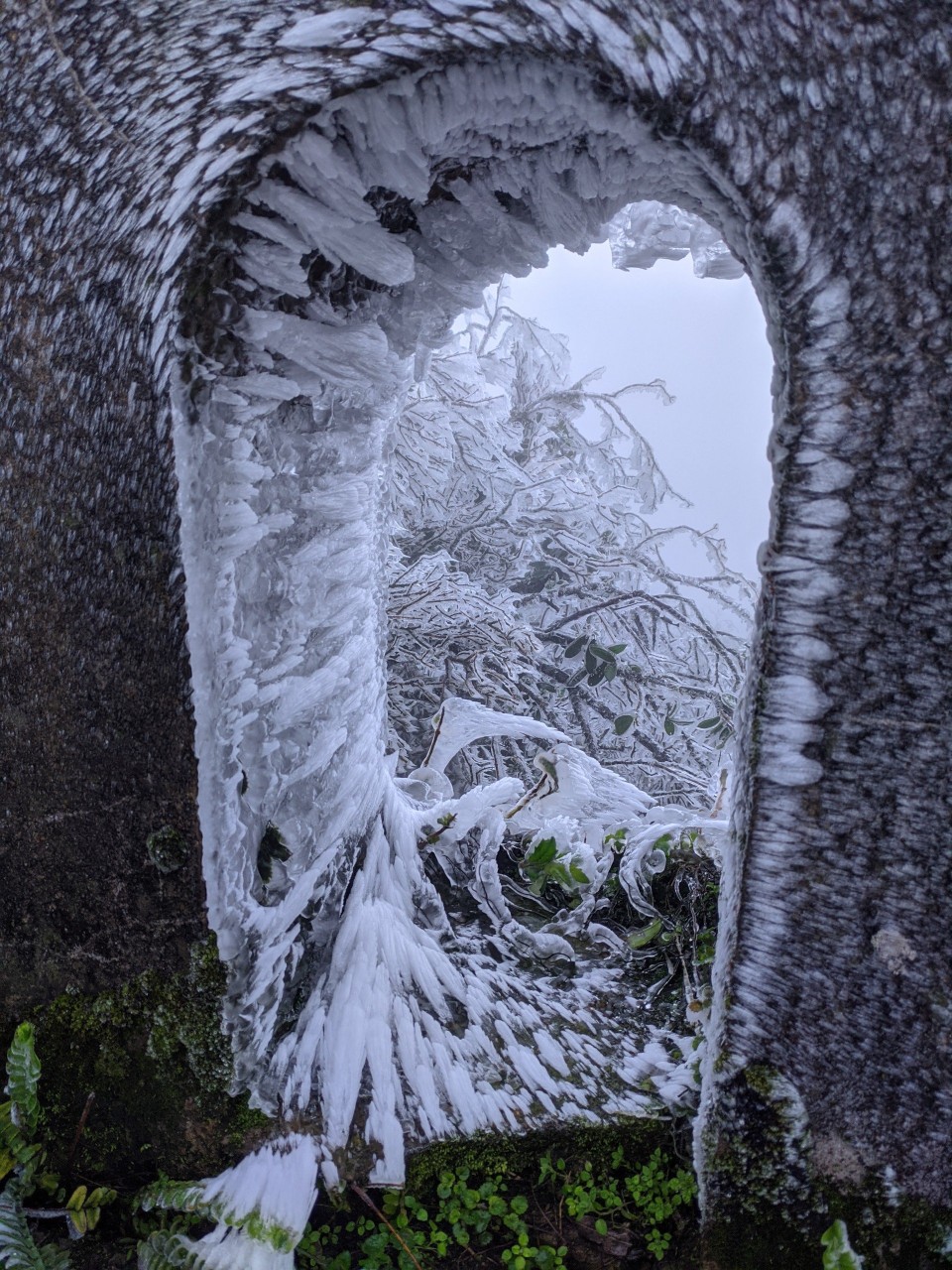 Ice and sleet will likely blanket the mountainous district of Sa Pa, thus making the stunning landscapes reminiscent of Europe. According to Lao Cai Province Center for Hydro-Meteorological Forecasting, the ice will remain for some more days, drawing more visitors to the province.

The severe icy weather would be a great chance for tourists and locals, who could offset the heavy losses in agricultural production with income from tourism, according to the Hanoi Times.