World fertilizer prices are currently at historic highs due to rising input costs and strong demand.

Fertilizer prices have increased by nearly 30% since the beginning of 2022, after increasing by 80% in 2021. The higher prices are driven by a combination of factors, including: Rising input costs, disruptions supply due to sanctions (Belarus and Russia), and export restrictions (China). Urea (urea) prices have surpassed 2008 peaks, while phosphates and potash prices are inching closer to 2008 levels. Market concerns about affordability and availability are growing. There was a supply of fertilizer due to the war in Ukraine. 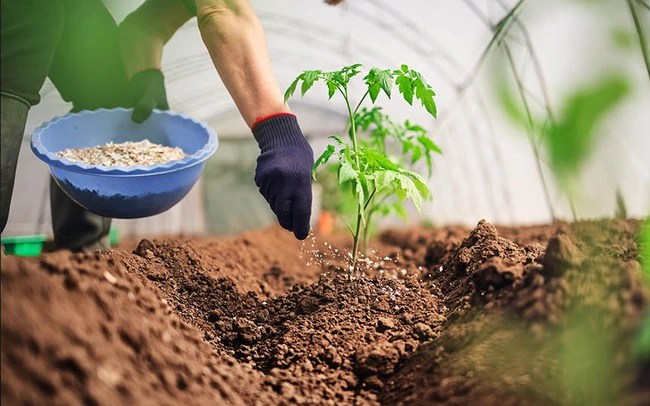 The sharp increase in world fertilizer prices makes the domestic fertilizer market inevitable. Accordingly, in the past month, the prices of fertilizers in the Mekong Delta increased by 1,000-1,900 VND/kg compared to the previous month, to the highest level within 50 years. Currently, the domestic retail price of DAP fluctuates around 22,400 VND/kg, 19,500 VND/kg potassium, 18,200 VND/kg urea. Vietnam annually uses over 10 million tons of industrially produced fertilizers. 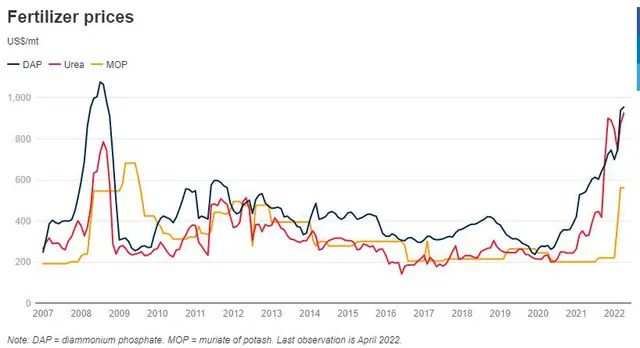 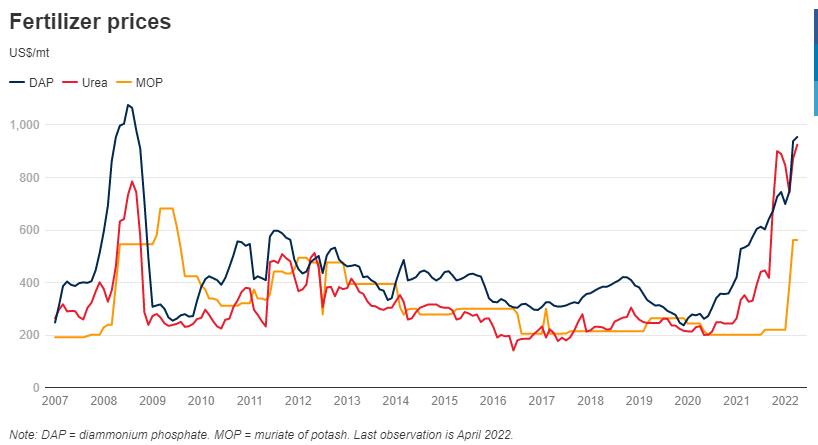 Rising natural gas prices, especially in Europe, have led to widespread production cuts for ammonia, a key input for nitrogen-based fertilizers. Similarly, the price of coal – the main raw material for ammonia production – skyrocketed in China, forcing fertilizer factories there to cut output, which in turn contributed to the rise in urea prices. The increase in ammonia and sulfur prices also contributed to the increase in phosphate fertilizer prices. 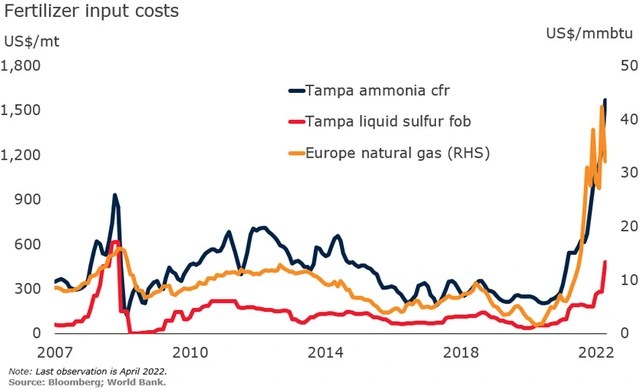 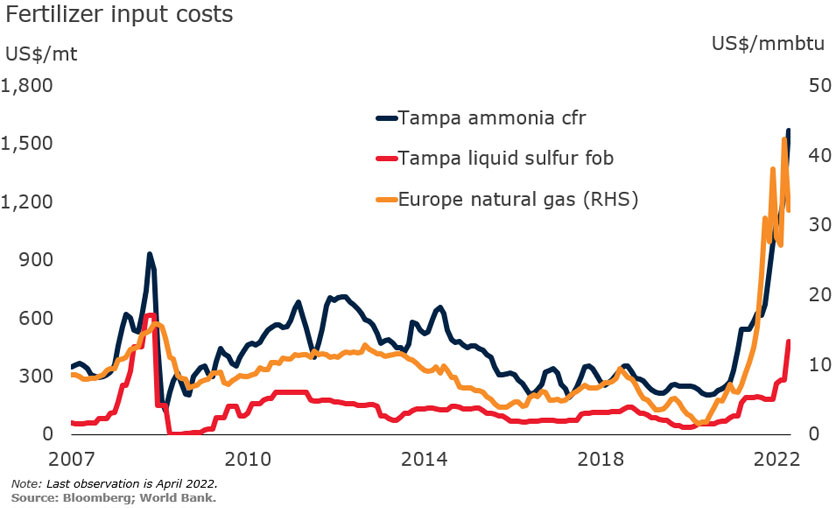 Input costs in the fertilizer industry.

Fertilizer prices rose as if “fired up” when the conflict between Russia and Ukraine broke out, resulting in economic sanctions and disruption of trade routes to and from the Black Sea. Since March 10, Russia has completely stopped exporting fertilizers to the world. This leads to an imbalance in the global fertilizer supply.

Russia accounts for about 16% of global urea exports and 12% of DAP and MAP exports, while Russia and Belarus contribute a combined 2% of global MOP exports.

Another factor that makes the market more concerned about supply, is that China has suspended fertilizer exports until at least June 2022 to ensure domestic supply.

Although urea and DAP prices fell at the start of 2Q2022 due to lower bid prices in India as buyers await clarity on India’s fertilizer subsidy policy, potash prices show no signs of abating. Potassium supply shortages and uncertainty about the market’s future have increased following new sanctions against Belarus and Russia (in addition to those imposed on Belarus last year). Furthermore, Lithuania has stopped using its rail network to transport Belarusian potash to the port of Klaipeda, which normally handles 90% of Belarus’ fertilizer exports.

Global fertilizer consumption has remained strong throughout the COVID-19 pandemic. Brazil and the US have allocated a record high soybean planting area due to a sharp increase in world soybean prices in recent years. Soybean is a crop that requires a lot of fertilizer.

Demand is also strong in China due to increased use of animal feed, especially corn and soybean meal, which is restoring the pig herd after the ASF outbreak persisted. past year. Fertilizers, currently at their highest prices since the 2008 global food crisis, could limit fertilizer use in crops, although crop product prices have also risen. 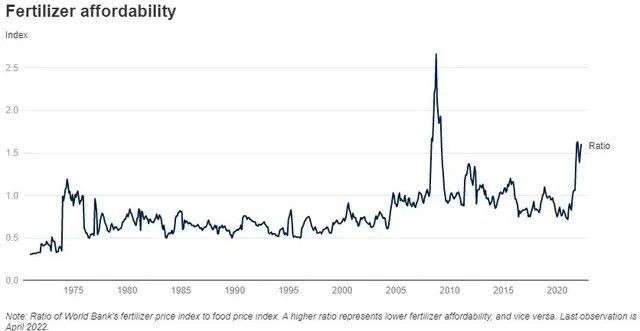 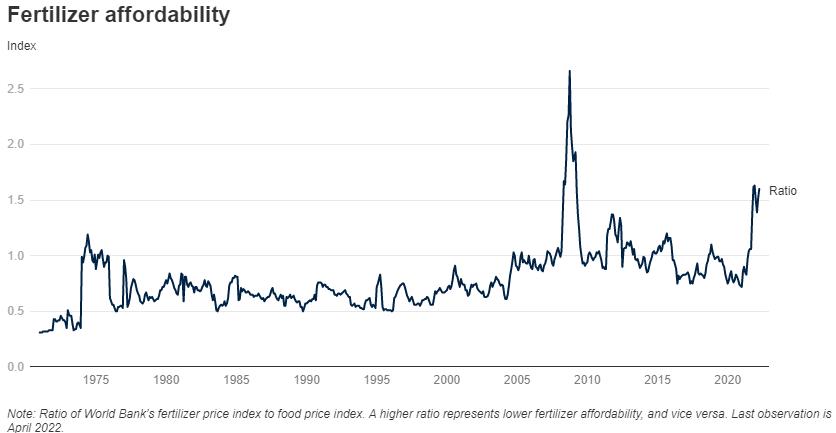 Ability to pay for fertilizers.

Urea prices are expected to continue to remain at historic highs as long as natural gas and coal prices continue to rise. Similarly, DAP prices are forecast to remain high until ammonia and sulfur prices drop. In addition to input costs, the risk to the market outlook also depends on whether China’s urea and DAP exports resume after June. For potash, prices are expected to remain at historic highs next year unless supplies from Russia and Belarus return to international markets. 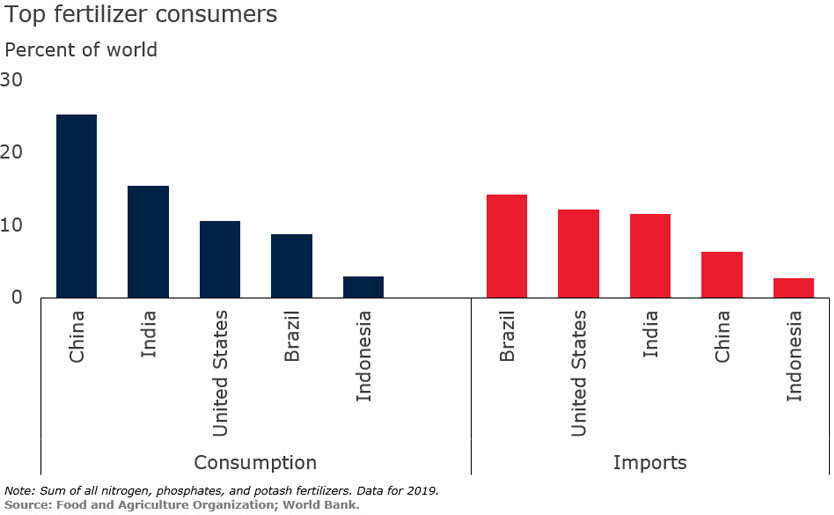 Analysts are taking a close look at the factors affecting the market outlook, especially the crisis between Russia and Ukraine – causing a lot of volatility in the input material market, increasing the uncertainty. certainly for the fertilizer market. It is forecasted that fertilizer prices will continue to increase in the coming time, especially for DAP and potassium because the world fertilizer supply is difficult to increase, plus input materials increase sharply.

READ MORE:  Why many mosquitoes in Vietnam are nore extremely resistant to pyrethroid insecticides?

According to analysts, there are two major events to watch for in the near future: potential consumption demand by major agricultural producing countries due to record high prices and how China re-enters the nitrogen export market. and global phosphate fertilizers.