After the policy meeting on May 4, the US Federal Reserve (Fed) raised the benchmark interest rate by 0.5 percentage points, the biggest increase since 2000 to combat inflation at the highest level in the past year. past 40 years.

Although some Federal Open Market Committee (FOMC) members have pushed for a higher rate hike, Wednesday’s move was unanimous. The 50 basis point increase is the biggest gain the FOMC has made since May 2000. At the time, the Fed was fighting the early stages of the dotcom bubble.

“Inflation is at a very high level and we understand the difficulties that this situation causes. We are urgently working to fix that,” Chairman Jerome Powell said in a press conference. He noted the burden of inflation on low-income people and “committed to vigorously stabilize the price situation”. 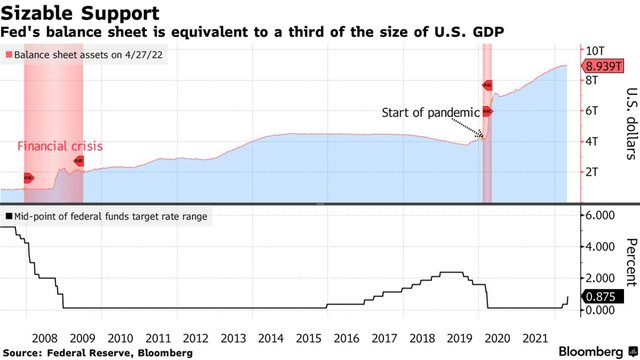 The size of the balance sheet and the Fed’s roadmap to raise/lower interest rates.

Accordingly, based on Mr. Powell’s comments, it is likely that the Fed will make more 50 basis points rate hikes in the near future and there will be no more stressful steps. Along with raising interest rates, the central bank also began to shrink the size of its $9 trillion balance sheet. The Fed bought bonds to keep interest rates low and money continued to “flow” into the economy during the pandemic. However, inflationary pressure has caused the Fed to rethink monetary policy.

The market was mentally prepared for both of these moves, but volatility has persisted since the beginning of the year. Investors have put their faith in the Fed to ensure markets perform better, but high inflation requires policies to be tightened.

US stocks jumped after the Fed’s announcement, while Treasury yields fell. The market is expecting that the Central Bank will continue to raise interest rates strongly in the coming months. Mr. Powelll said that a 50 basis point increase would be discussed in the next meetings, but it did not appear likely that the Fed would make the “hawkish” decisions as previously predicted. 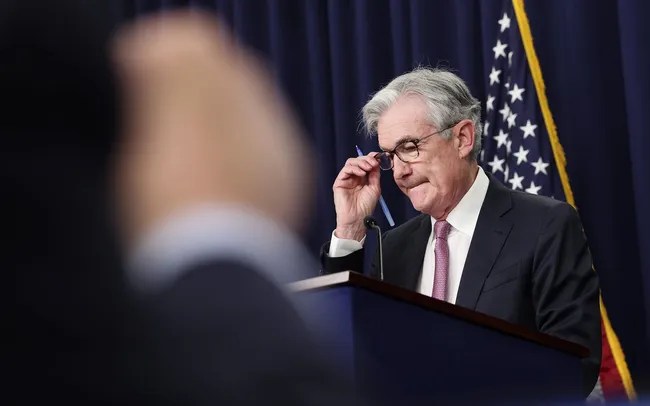 “We are not considering a 70 basis point increase,” the Fed chair said. Meanwhile, in June, the market expected the Fed to raise 3/4 percentage point.

In addition, the plan announced by the Fed after the meeting on May 4 also includes reducing the size of the balance sheet taking place in phases. The U.S. central bank will limit the proceeds from the bond issue to maturity each month when reinvesting the remainder. Starting June 1, $30 billion in Treasuries and $17.5 billion in mortgage-backed securities will apply. After three months, the limit on Treasuries will increase to $60 billion and $35 billion for mortgages.

The numbers are roughly in line with the most recent Fed discussions, although some forecasts suggest that the cap will rise at a slower pace.

The US central bank’s announcement on Wednesday also noted that economic activity contracted in the first quarter but “household spending and fixed investment remained strong”. In addition, “inflation remains high”.

Finally, the Fed addressed the outbreak in China and the government’s efforts to address the situation. The central bank said: “The blockade to prevent the epidemic in China is likely to aggravate supply chain disruptions. The Committee pays close attention to the inflation risk from that event.”