Not a cult star or famous player, this time Emirates’ ambassador is a goose.

Brand Ambassador also known as “Brand Ambassador”. They are the face of the brand or the fashion house… The ambassadors will become the company’s companion in the advertising campaign at a certain stage.

Brand ambassadors are often influential faces in the community or famous people in the fields of art such as music, cinema, fashion, etc. Firms will choose the right factors for the development direction. develop as a representative.

Their task is to combine with the media campaign to achieve the highest efficiency by advertising tools, attending company events or interacting with fans on personal pages.

Emirates Airline has many brand ambassadors who are famous Hollywood stars and football players. In 2022, the airline chose a completely different “representative” – ​​the goose Gerry. 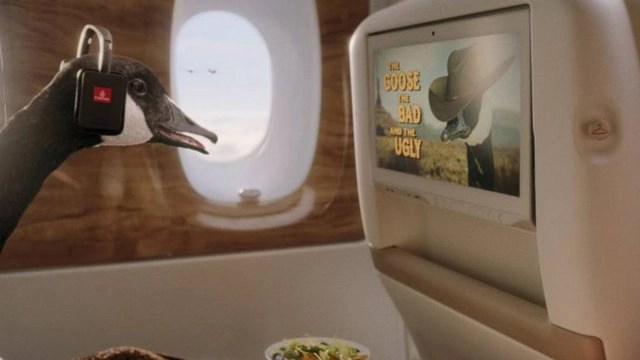 Image of Gerry in the new video of Emirates airline.Photo: Luxurylauches

Unlike previous ambassadors, Gerry is a goose. The 2022 ambassador appears in the brand’s new campaign ad. Specifically, Gerry left his migratory flock to fly on one of Emirates’ Airbus A380s while his friends flew to seek shelter on their own.

In the promotional video, Gerry abandons her migratory herd and instead chooses to “fly better”. This is also the slogan of Emirates. The special ambassador was aboard an A380 superjumbo, in the airline’s new premium economy class cabin.

Speaking of this special idea, Senior Vice President of Marketing and Branding at Emirates, Richard Billington stated: “Gerry has all the qualities and profiles we look for in our brand ambassadors. He represents our slogan spreading our wings.”

Mr Richard added: “Gerry is a savvy traveler who knows what he wants and where he wants to go – but he will do it his own way, prioritizing luxury and comfort.” 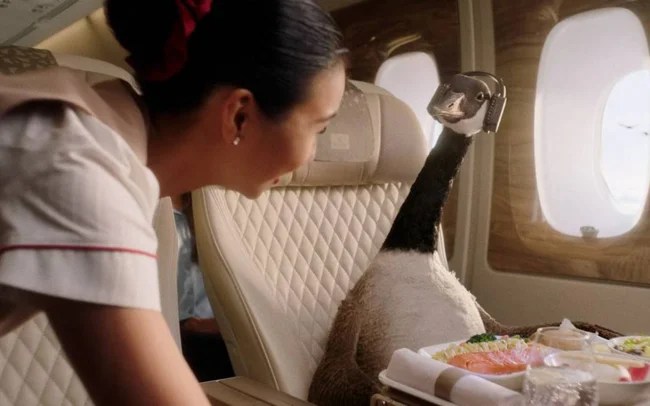 The campaign was co-created by Emirates and Untold Studios in London. This is also where the initial 3D models of the geese are created that are brought to life through Computer-Generated Imaging (CGI).

In 2015, Jennifer Aniston was chosen as the new face of Emirates. She is said to have signed a $5 million contract with the airline.

Emirates Airlines is the airline of the United Arab Emirates (UAE). This is a subsidiary of Emirates Group, and its shares are wholly owned by the government-owned Dubai Investment Corporation.

Emirates Airlines is the largest airline in the Middle East, operating very strongly with nearly 3,400 flights per week. The airline’s headquarters is located at Dubai International Airport. The network flies to more than 142 cities and 78 countries across Europe. Americas, Middle East, Africa, India and Asia Pacific region.