Discover the solution to waking everyone up on time before the invention of the alarm clock.

In the olden days when there were no accurate modern clocks, people still found many ways to tell the time.

Waking up on time in the morning to work and live has always been a habit of most people since ancient times. In the olden days when there were no accurate modern clocks, people still found many ways to measure time. But how about the need to wake up on time, besides natural methods such as relying on the sound of a rooster crowing?

The world’s first alarm clock was invented in 1787. Before that, ancestors had many interesting innovations to be able to wake up on time, but later generations also had to admire for their creativity.

Candles are the most popular method of replacing alarm clocks around the world. Using this type of watch is not easy. People will fix nails into the candle, calculate so that the time the candle burns out to the nail is over a certain amount of time. When the candle melts at the place where the nail is nailed, the nail will fall, creating a noise that wakes people up.

The first record of this tool is in 520 BC in a poem by the Chinese. In Japan or England, there are also records of candle clocks from BC. Humans used candles to wake up until at least the 18th century. 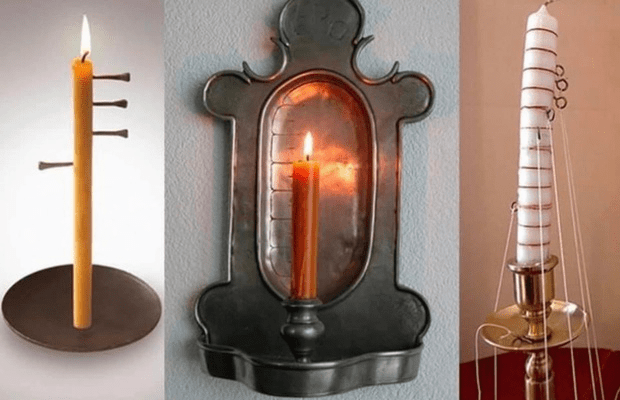 Use your own body to wake up

The ancient Native American warriors used their own bladders to estimate the time, waking up at the same time every morning. In his 1984 book Warpath, Stanley Vestal recounts the story: “Indian warriors predetermined their waking hours by adjusting the amount of water they drank before going to bed.”

READ MORE:  Vietnam digital development among the fastest in the world by Digital Intelligence Index (DII).

Use gunpowder, springs or light

Some homemade clocks also used different mechanisms to make noise or light to wake people up. It could be gunpowder, a fuse to make a loud noise at a certain trigger time. Others use light – springs work to light up a bright candle. However, these early alarm clocks had the major weakness of being unsafe, easily causing a house fire. 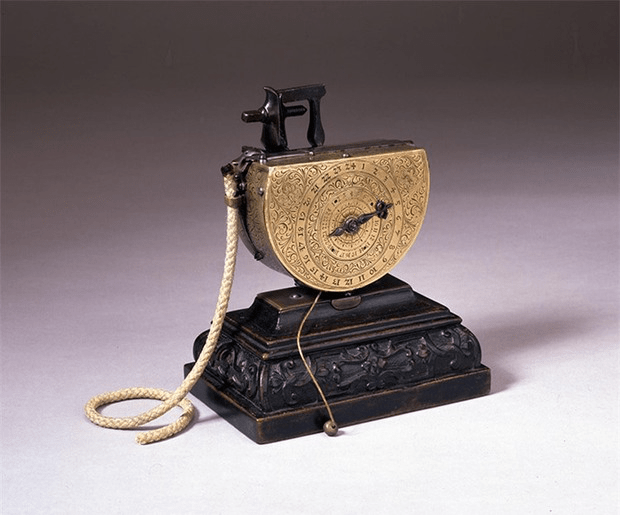 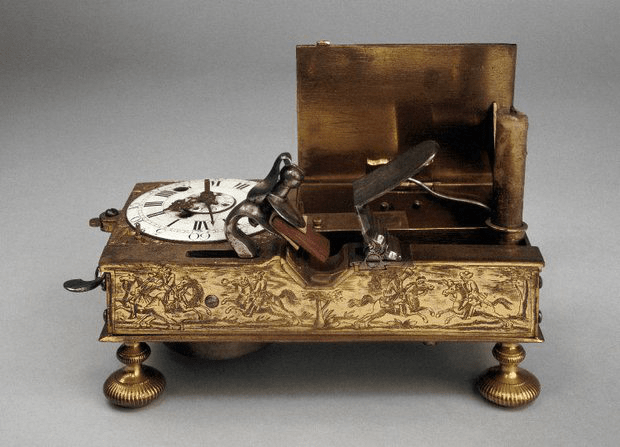 In 725, Yi Zing, a Chinese monk, mathematician, engineer, and astrologer built a bell that could automatically sound at a certain time.

In the recorded documents, Yi Zing’s system is operated by a watermill. When the mill reaches a certain point, it will push a puppet down to hit the bell and make a loud sound.

Hire someone to wake up

There is an extremely simple method for the ancients to wake up on time and not miss their work that is… hiring someone to wake up. This strange profession existed until the real alarm clock was born because at that time, it was more expensive to spend money to buy a watch than to hire someone.

In the 1970s, in England and Ireland, professional alarmists would knock on customers’ doors until they woke up and responded. Some may whistle or use musical instruments to wake several people up at once. 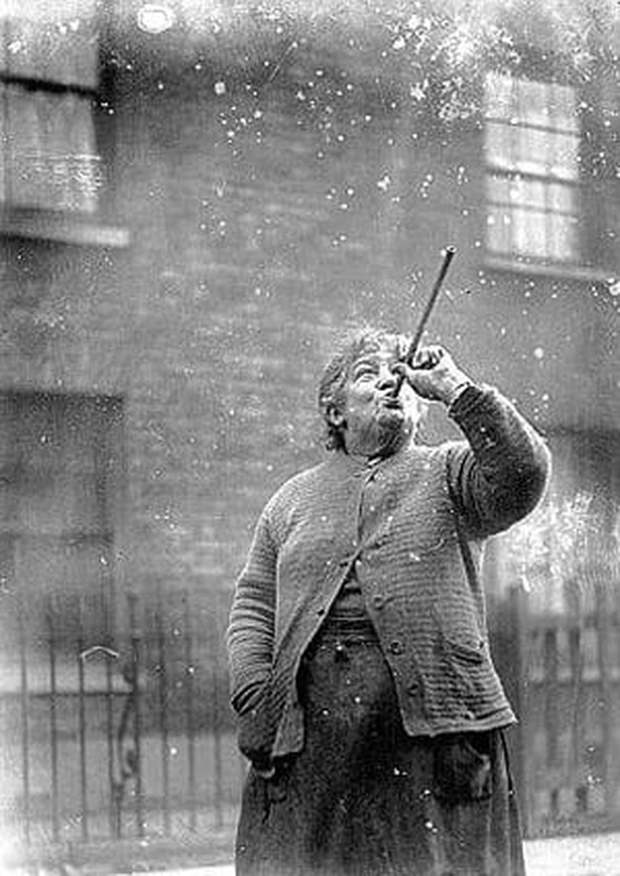 A practitioner who wakes others up in England