The personal superyacht Aviva of British billionaire Joe Lewis has parked in Can Tho. The appearance of a superyacht worth about 150 million USD quickly attracted the attention of people and the media.

Recently, the chairman of Tottenham Hotspur Club – billionaire Joe Lewis went on a personal superyacht Aviva to Can Tho. This is the third time this British billionaire has visited the river city of Vietnam. The previous two times were in May and June 2019.

The appearance of a superyacht worth about 150 million USD (about 3,400 billion VND) anchored on Hau river near Au dune, Can Tho quickly attracted the attention of people and the media. The 85-year-old billionaire say that he chose Can Tho as his first destination after the Covid-19 pandemic because he was too interested in the hospitality of the local people. This superyacht has also visited destinations such as Ho Chi Minh City, Da Nang, Phu Quoc and Ha Long Bay many times. 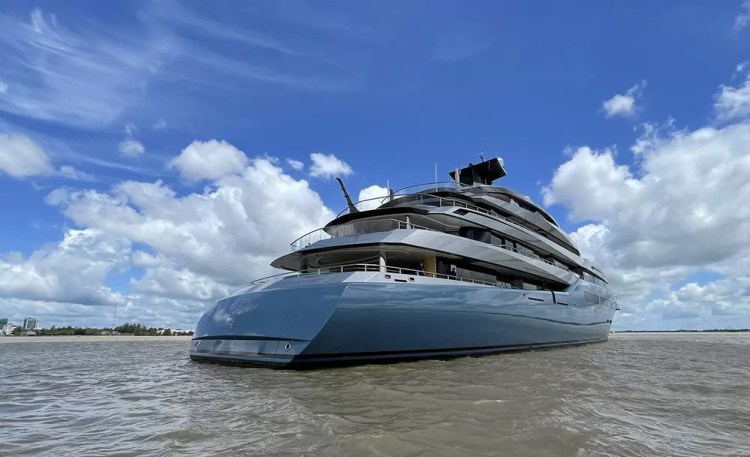 According to the Sunday Times rich list in 2021, Joe Lewis has a net worth of £4.33 billion, an increase of £338 million compared to 2020. He is currently a major shareholder, owner of the Tottenham Hotspur team (English Premier League). Many presidents of football clubs around the world also own superyachts, but only Joe Lewis turns it into a luxury mobile “mansion” on the water that combines offices and entertainment areas.

The boat is 98.4m long, weighs about 4,600 tons, with a maximum speed of 20 knots. Each deck on the yacht has 2.6m high ceilings, 9m long windows running along each room and surrounding glass balconies. In 2017, when it was just completed, the superyacht was the 46th longest in the world.

In addition to lavish amenities, unique architecture and the most comfortable and safe features, billionaire Joe Lewis also requested to design an indoor tennis court to be installed on the yacht. This requirement is considered a big challenge for architects, but it is also what makes Aviva different. 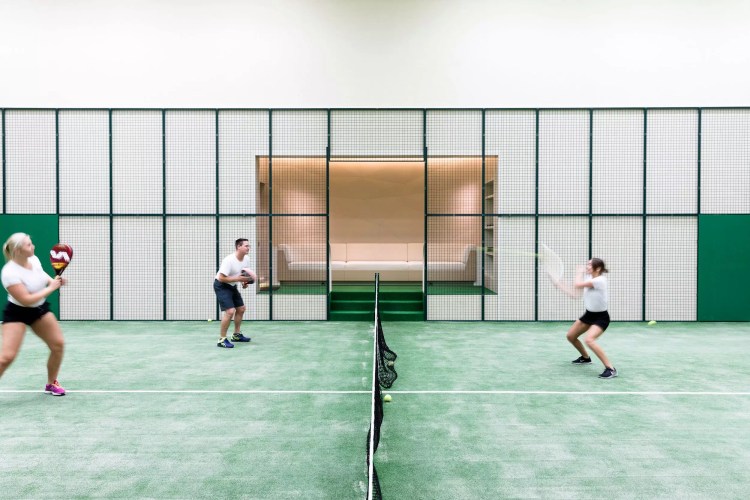 The tennis court makes the difference of a super yacht (Image: Boat International)

The tennis court on Aviva is 20m long, 10m wide and 6.7m high. This is the place for the British billionaire to satisfy his passion for his favorite sport. Even when the superyacht surfs on the water at high speed, the tennis players inside still feel like they are playing on land. When needed, this tennis court can also be turned into a gym for the crew.

Due to its large size, the superyacht can accommodate a crew of up to 35 people.

The sundeck on the superyacht is designed as an outdoor salon, with a roof and a swimming pool. Here, guests can dine or watch a movie at night. Sliding glass panels surround the aft deck dining area creating a protected space from outside to inside. 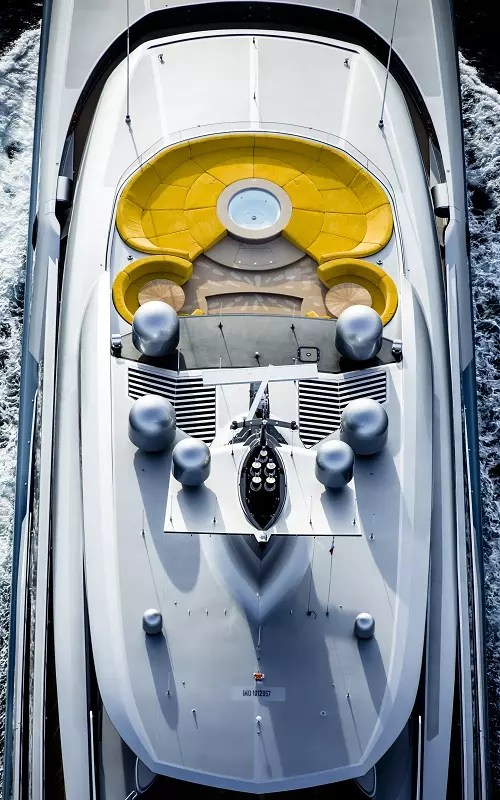 The deck has an impressive design (Image: Boat International)

Guest rooms are as large as apartments. Billionaire Lewis wants a revolution in furniture. Therefore, there is almost no straight line on this boat, from furniture and accessories to walls and ceilings. 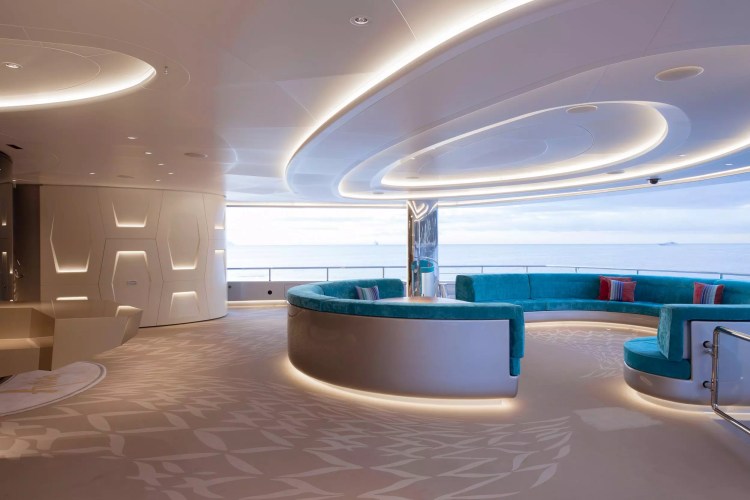 The superyacht can accommodate up to 12 guests, with 6 cabins. Guests have access to an elevator, an outdoor swimming pool, a gym and a piano. Mr. Lewis also displays works of art by artists such as Cezanne and Picasso on the yacht. 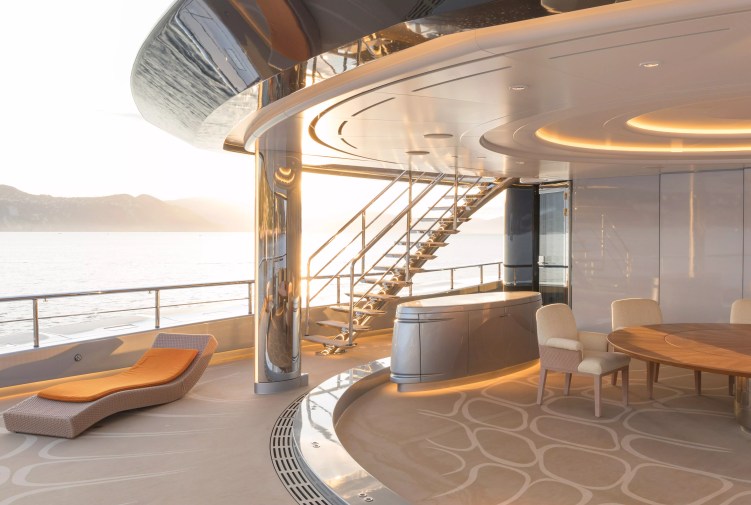