Despite the bans, Russian energy export revenue is forecast to increase

According to Sergei Lavrov, Western sanctions will not affect the country’s oil exports.

Russian Foreign Minister Sergei Lavrov predicted on June 4 that sanctions would not affect oil exports, but this year’s profits would even skyrocket.

According to Sergei Lavrov, Western sanctions will not affect the country’s oil exports. “If we look at the prices that have been established after the policies of the West, we do not suffer a budget loss. On the contrary, this year the profit will increase significantly from the export of energy sources.” he commented.

Last week, EU leaders agreed to ban two-thirds of oil imports from Russia. “The European Union can now finalize a ban on 90% of Russian oil imports by 2023. This is an important step. We will soon return to the matter with the remaining 10%,” said the chairman of the Commission Europe Ursula von der Leyen.

But for Lavrov, oil is generally not the subject of politics. “There’s still demand for it, we have alternative sales markets where sales have been and are growing,” he said.

Bloomberg estimates that, even if some countries stop or eliminate energy purchases, Russia’s oil and gas revenue will reach about $ 285 billion this year. This result will surpass 2021 by more than a fifth.

This means that money is flowing into the Russian “account”. According to the International Energy Agency, revenue from Russian oil exports has increased by 50% compared to the same period in 2021. In the first quarter of 2022, Russia’s top oil producers posted their highest profits in almost a decade. century, according to estimates by Moscow-based SberCIB Investment Research. 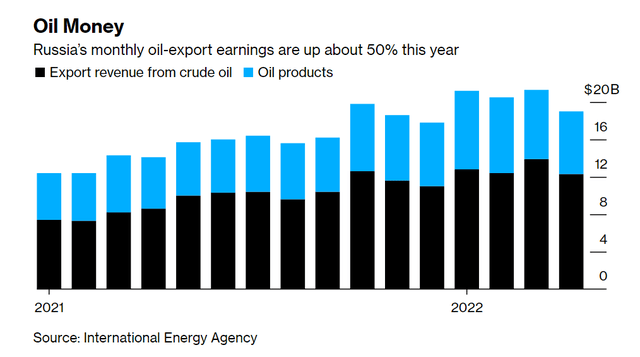 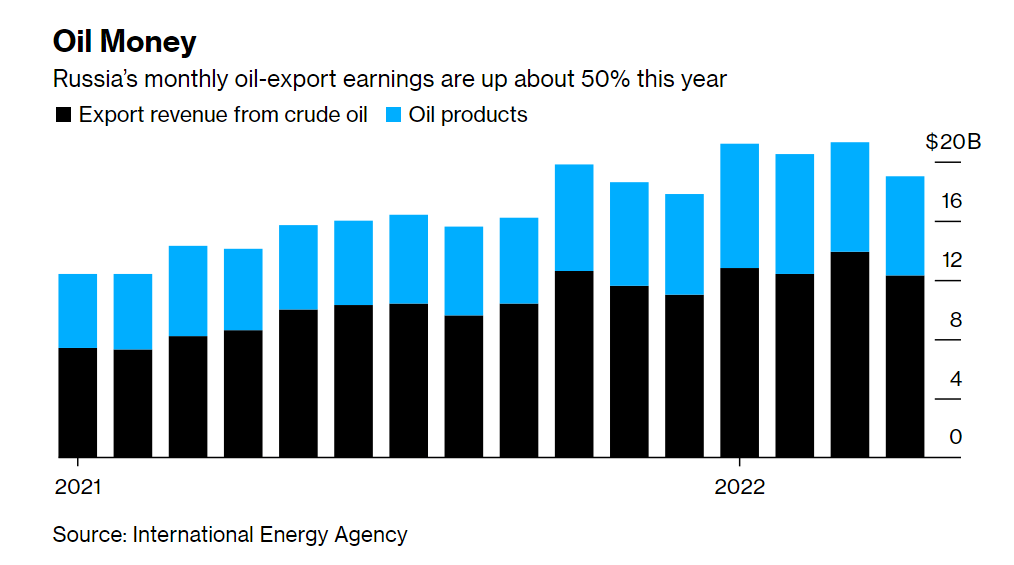 Revenue from Russian oil exports increased by 50% compared to 2021.

READ MORE:  How is the real estate market in Ho Chi Minh City from now to the end of the year?

One of the major loopholes in sanctions against Russia is the willingness of other countries to continue buying oil, despite demanding high discounts. Indian refineries have bought more than 40 million barrels of Russian oil since the Ukraine crisis erupted.

“If the goal of those sanctions is to stop Russia’s military campaign in Ukraine,” said Janis Kluge, senior associate for Eastern Europe and Eurasia at the German Institute for International and Security in Berlin, it’s not realistic. Russia still has a way to make up for some of the damage the sanctions have affected its own people.”

According to Bloomberg ,  this is 20% more than Russia-India oil flows for the whole of 2021. Refiners are looking for private deals rather than public bidding to get cheap Russian barrels than market price. China is also strengthening its energy links with Russia, buying its oil as the West shuns.

China is also importing more Russian energy and getting a lower price than some of its other partners. The country has increased imports and is also in talks to replenish its strategic crude stockpile with Russian oil.

The story is similar in steelmaking and coking. Imports from Russia rose for a third straight month in April, more than double last year’s levels, according to official data. Furthermore, some Russian oil and coal sellers have attempted to loosen the terms of sale for Chinese buyers, by allowing transactions in yuan. 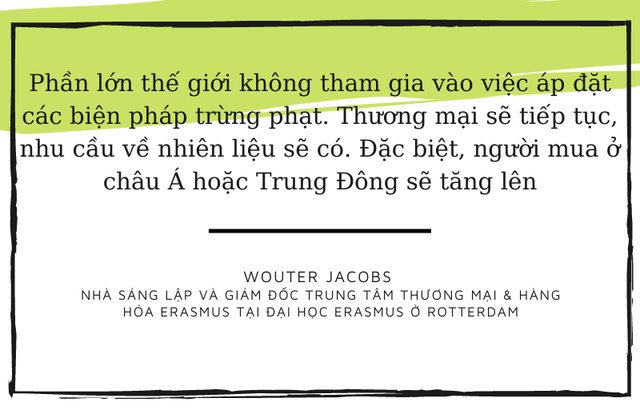 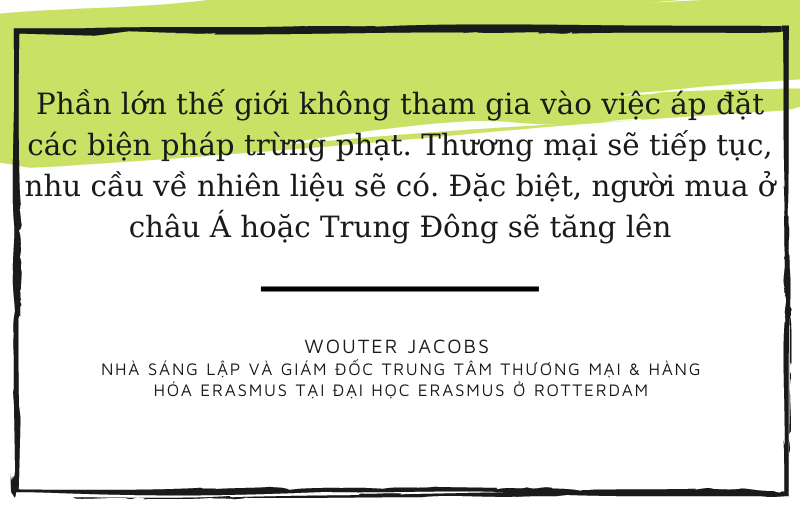 When it comes to gas, Russia has fewer options to redirect customers. However, buyers from gas pipelines also depend heavily on them. About 40% of the EU’s gas needs are met by Russia, and this will be the bloc’s hardest link to break.

READ MORE:  Deposit 14 billion dong until withdrawal period is only 600 million dong, where is wrong?

Last week, Russian energy giant Gazprom said that gas exports to China through the “Power of Siberia” pipeline were continuing to grow. The deliveries are part of a “long-term bilateral contract between Gazprom and China National Petroleum Corporation (CNPC)”, according to the company’s announcement on the official Telegram channel.

The volume of gas being shipped to Europe even spiked in February and March, when the conflict caused prices in the European gas hubs to spike. Accordingly, most of the long-term contracts with Russia’s Gazprom have lower prices.

Since that time, import volumes have eased due to warmer weather and increased LNG flows from the US and other countries. In addition, Russia also experienced disruptions due to the effects of the conflict and they also stopped supplying Poland, Bulgaria and Finland.

Even if the EU commits to reducing dependence, the process still faces a number of obstacles. Some of Russia’s major partners are still making efforts to continue buying this important fuel, and utility companies such as Italy’s Eni SpA and Germany’s Uniper expect they will still receive supplies from the country.

However, Russia’s energy sector is also facing a host of other pressures, from external demand to restrictions on transportation, insurance and falling domestic demand. The country’s oil production could fall by more than 9% this year, as gas output falls by 5.6%, according to an estimate by the Russian Economy Ministry.

Tatiana Stanovaya, founder of political consulting firm R.Politik, said: “The Kremlin is somewhat optimistic, even surprised that the Russian economy is still standing. But in the next 2-3 years, There are many big questions about how the energy and manufacturing sectors will survive.

READ MORE:  All 30 of the HoSE’s largest caps sunk to lower circuit: first time this happens