Da Nang tourism ‘wakes up’ thanks to innovation efforts

With an impressive increase in visitors during the holiday season 30/4-1/5, many unique new products only available in Da Nang, tourism in the Han River city has made a vibrant comeback, promising spectacular breakthroughs in 2022.

According to statistics, the total number of visitors to Da Nang during the four-day holiday is estimated at more than 254,000 arrivals, an increase of more than 3.4 times compared to the same period in 2021.

Although just reopened, Sun World Ba Na Hills tourist area attracts the highest number of tourists in Da Nang during this holiday, with the number of visitors increasing by 55% compared to the same period in 2021. In addition, other destinations also attract a high number of visitors such as Nui Than Tai hot spring park welcoming about 25,000 guests; A special national relic, the famous scenic Marble Mountains, welcomes about 13,000 visitors…

Officially reopening from April 30 after a long period of closure for epidemic prevention, Asia Park also attracted an impressive number of visitors, increasing by more than 300% over the same period last year.

The return of a large number of tourists has brought a jubilant and bustling atmosphere to the city by the Han River during the last holiday of April 30 and May 1, marking the period of complete recovery of Da Nang’s tourism.

“The number of tourists during the past holiday shows that Da Nang’s tourism industry has shown real signs of recovery, after a long time being heavily affected by the epidemic. These are also positive signs for an upcoming exciting summer tourist season, and at the same time open up a new opportunity in welcoming the influx of international tourists during the peak season from September to early next year,” said Nguyen Van Binh – Chairman of Sun Group in the Central region shared.

The key to “wake up”

It can be said that in order to have a breakthrough in the recovery journey after a long time affected by the Covid-19 pandemic, Da Nang tourism has had a revolution in innovating products and services to attract tourists.

Remember, the last Lunar New Year – which is considered an opportunity to promote tourism again after the impact of the Covid-19 epidemic, is in contrast to the excitement of destinations such as Da Lat, Nha Trang, and Phu Quoc, Sa Pa… Da Nang tourism is quite quiet. Many destinations, hotels closed with bolts, sparse guests.

Faced with that situation, during a meeting with the leaders of Sun Group at Sun World Ba Na Hills in early February 2022, the leaders of Da Nang expressed their wish that the government would accompany the leading enterprises in the city, to create new products, renew old products, to add unique value to tourism, determined to bring Da Nang back to the track.

Right after that, with the drastic direction of the city government and the initiative and flexibility of the business community, Da Nang tourism seemed to have a new breath. A series of new products and services have been created and built, many events and programs are held continuously, creating a jubilant and colorful atmosphere for Da Nang tourism. In addition, the city has actively reopened international flights, advertised, and attracted foreign tourists to return.

Since March 15, after being reopened to international tourists, the city has organized a series of activities, events and announced new products to attract visitors such as: The National Marathon Da Nang International Festival, Hot Air Balloon Festival; organized to welcome the first 2 international routes from Singapore and Thailand…

Serving people and tourists to have fun and entertain themselves during the holidays of April 30 and May 1 this year, Da Nang tourism industry has announced a series of attractive programs and events with the theme “Enjoy Da Nang”. 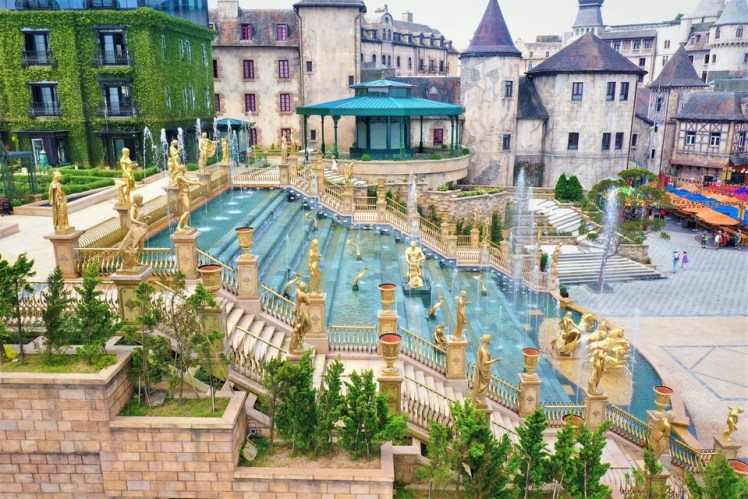 Many new items at Ba Na Hills are also being implemented by this corporation, so that it can constantly surprise visitors when coming to Da Nang.

As revealed by the representative of Sun World Ba Na Hills, from now to 2025, this resort will continuously launch unique and classy products that have never been seen before in Da Nang such as: Museum combined with natural landscape; Tropical gardens and flower gardens, green carpets… Wine cellar with professional wine production process on top of Ba Na, Volcano show; Show Roses…

The talking numbers during the last holiday of April 30 to May 1, along with the efforts of leading enterprises to create unique products, believe that Da Nang tourism will return to the throne, by breakthroughs were even more spectacular than before.