Among the new cases, Ho Chi Minh City recorded with 7,122 new cases, followed by Binh Duong Province with 2,194 cases and Dong Nai Province with 871 cases, according to the health ministry.

Today, the country detected 8,099 cases in the community with unclear sources of transmission while the remaining had been contained in lockdown and quarantine areas.

Total recoveries since the start of the pandemic rose to 301,457 with 9,730 of them announced on the day, VNExpress reported.

Another 331 covid-19 related deaths were recorded today, most of them in HCMC. So far, the country logged 13,385 deaths, or 2.5 percent of total infections.

According to Health Ministry, the country has vaccinated 22.01 million people, among them 3.33 million have received two doses. 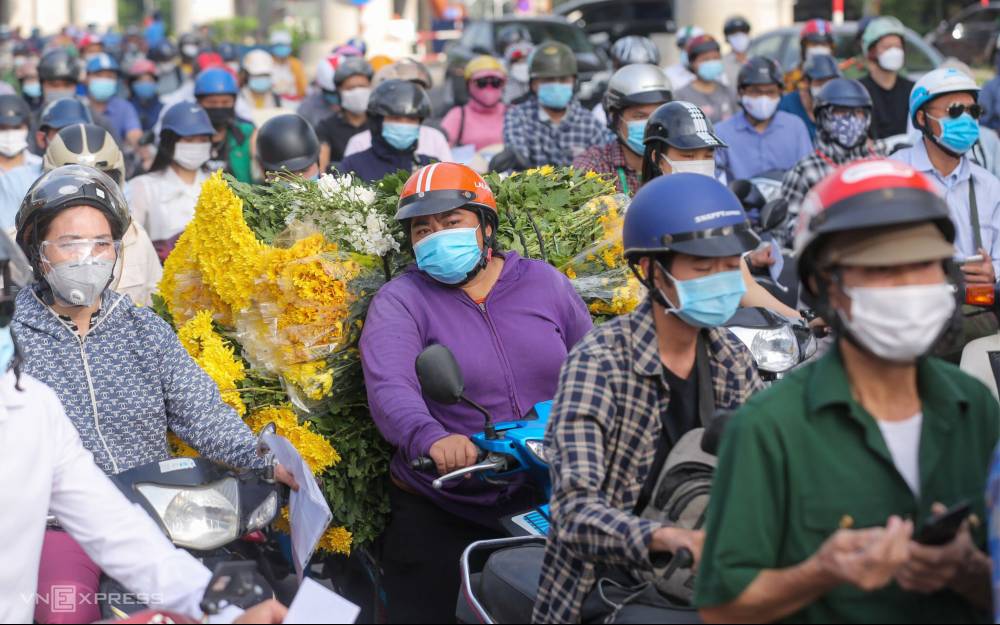 People wait at a checkpoint on Cau Dien Street, with traffic congestion lasting up to an hour. Photo: VNExpress

According to the local police, traffic jam was due to the fact that it’s the start of a new week. On Monday morning, the checkpoint on Cau Dien Street merely reminded people of the rules while imposing no fines.

Unlike roads feeding downtown areas, inside the Old Quarter and high-risk areas, were relatively quiet, according to the VNExpress.