The number of recoveries since the beginning of the pandemic has increased to 154,612 after 6,945 were announced recovered Monday, while the death toll increased by 389 to 8,666.

The total number of cases in Vietnam since the start of the pandemic last year has risen to 358,403. 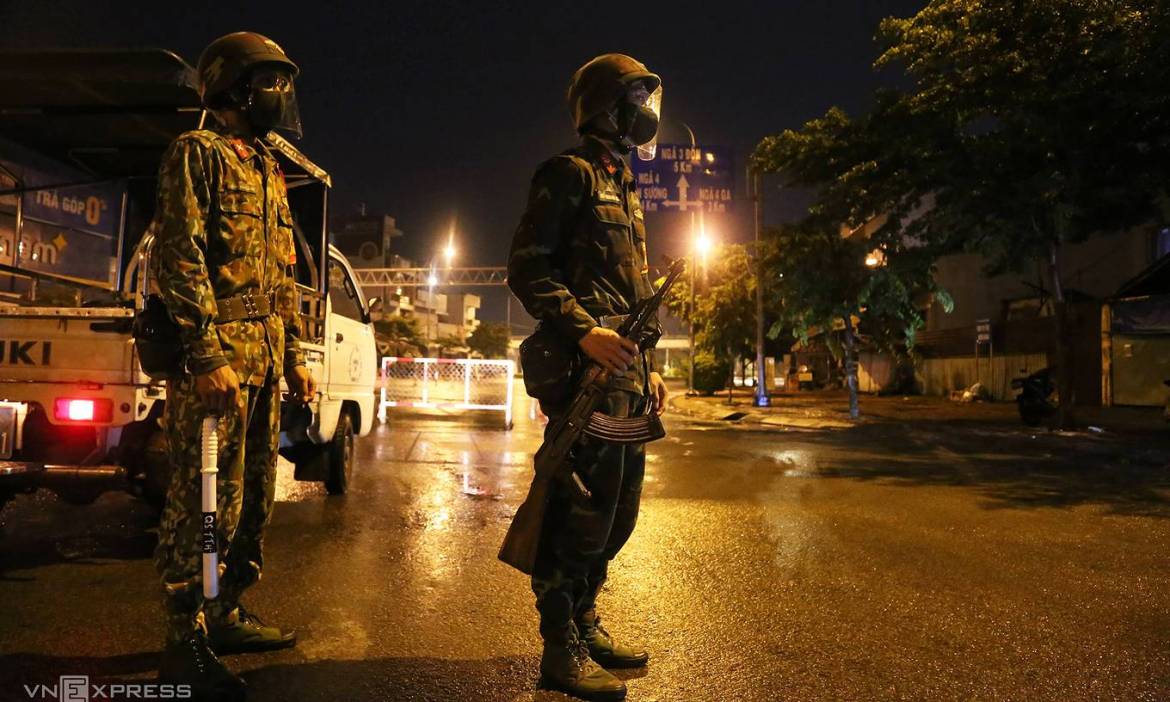 Aside from the free food, they also deliver food ordered by locals.

Nguyen Thi Tra My, a member of the union, said it is expected to buy food on behalf of 300-400 families in the ward every day in the next two weeks of stricter Covid-19 restrictions in Ho Chi Minh City.

The union will send a list of food packages, with each costing less than VND300,000, to each residential area for each family to register. The food comes from supermarkets and will be delivered to each household in the morning.

HCMC on Monday commenced a 15-day campaign to tighten coronavirus restrictions, requiring people to “stay where they are,” isolating homes from homes, streets from streets and wards from wards and have military forces support existing teams in the city in all activities to fight the pandemic, including patrolling and treating patients.

Those on the list to receive free food include people that have lost their livelihoods due to the pandemic.The Ministry of National Defense plans to mobilize about 35,000 militiamen and thousands of soldiers from 7th Military Region and 4th Corps, one of the four regular army corps of the People’s Army of Vietnam stationed in Binh Duong Province that borders HCMC.

At the same time, more than 2,000 medics and 30 ambulances managed by the military in the north will be sent to HCMC to participate in testing and treating Covid-19 patients.

HCMC has been hit hardest in the ongoing Covid-19 wave that emerged in Vietnam in late April.

The city of 13 million including migrants has recorded around 176,000 community infections and 6,538 fatalities, according to VNExpress.