Court music was an indispensable form of entertainment in the Vietnamese court during the feudal period. The most prominent form of court music is “quintessential music” or “Elegance”, recognized by UNESCO as an Oral and Intangible Masterpiece. Crystal music was first performed in the 13th century, but it was not until the Nguyen Dynasty that court music could enjoy its heyday. 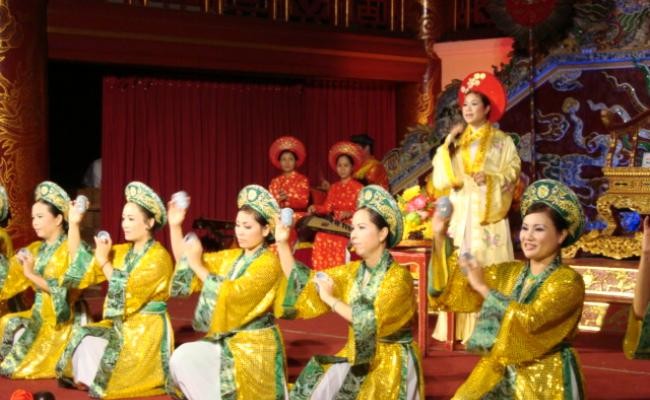 In addition to being a symbol of a strong and lasting monarchy when appearing in special royal events such as coronations, funerals and official receptions, the exquisite music of the royal family is also symbol of culture and tradition as it is an integral part of annual ceremonies, including those of religious holidays and national anniversaries.

Accompanying the court music are many court dances, both of which are performed with the theme of paying respect to the kings and gods and wishing for the country’s prosperity. In addition, court music partly enhances the unity and combination of Vietnamese musical instruments. Among the traditional music genres in Vietnam, only royal music is worthy of national stature due to its sophistication and elegance.