Coach Park Hang-seo entered the press conference room in joy and applause from the media. The Korean military leader emotionally shared: “This SEA Games is a tournament that means a lot to me. 3 years ago, after 60 years of waiting for me and U23 Vietnam to win the first SEA Games gold medal. And this year. , U23 Vietnam is the host, I know that the Vietnamese people have high expectations for this gold medal. The players also always try their best.As the head coach of U23 Vietnam, I know that I have a responsibility to the mission. I am sometimes stressed with this goal. I would like to thank the people of Vietnam, the Party and relevant agencies. Finally, thank the players who fought hard and the members of the coaching staff for their hard work. work hard for this success.”

After the 31st SEA Games close, Coach Park Hang-seo will stop leading U23. The Korean teacher will focus on the national team. Mr. Park will continue with his goals with the national team in just a few days.

“As the head coach of the U23 team, this is my last tournament. After this tournament, I will no longer be in charge of the U23 team. However, I still have a duty with the national team. As planned, May 25. 5 we will focus. On May 28, we will go to Ho Chi Minh City to prepare for the match against Afghanistan on June 1. At the end of this year, I still have a duty to join the national team to attend the AFF Cup 2022. Last year’s tournament, we failed. Therefore, the upcoming tournament means a lot to me and the students. We will strive to have the best performance,” said Mr. Park. 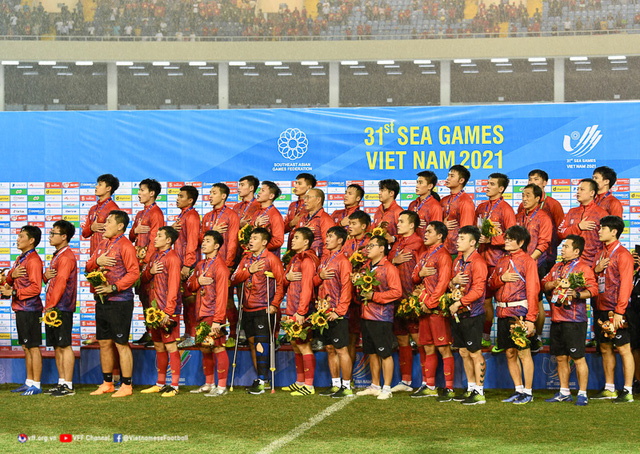 In the final round of U23 Asia, U23 Vietnam will reunite with U23 Thailand. When asked to predict the performance of the two teams in the upcoming reunion, Mr. Park was frank. “I think, I am not the right person to answer this question. As you all know, U23 Vietnam has a new coach, Mr. Gong (Coach Gong Oh-kyun). He is also a manager. The army is very good. Each coach has different tactics of operation and management. It is also impossible to know how we will play in the future. Young Vietnamese players have few opportunities to compete. Such a match will help Vietnam U23 grow. However, I believe that U23 Vietnam will have a good tournament in the U23 Asian Championship in Uzbekistan.”

The Korean military leader added: “Like I said, each coach has a different philosophy. From the current perspective, I can’t give advice to help Mr. Gong Oh Kyun choose someone. But from what angle. Then I will help him understand more about the culture and understanding of Vietnamese players.As for the pressure, I hope the fans and the media will reduce the load, help Mr. Gong soon integrate and have success with the ball. Vietnamese stone”.

Coach Park Hang-seo also said that having rival pairs like Vietnam and Thailand is good for Vietnamese football. He shared: “I think that no matter which team, no matter what region, there is always a strange rivalry. Not only Thailand but also Indonesia, Malaysia, Myanmar, Cambodia. Competitions like This is good for the region. It brings maturity to future teams.”