Bloomberg’s index of eight early economic indicators shows that the second largest economy weakened significantly in December, and the outlook for the new year 2023 is not very bright.

China’s economy continued to slow down in December amid many outbreaks of Covid-19 that broke out and spread across the country. Economic activity has been sharply shrunk as people stay at home to avoid infection or are recovering from illness.

Bloomberg’s index of eight early economic indicators shows that the second-largest economy weakened significantly in December, and the outlook for the new year 2023 is not very bright.

Although there is currently no reliable data on the extent of the spread or the number of cases and deaths, one thing is certain: Covid-19 had spread in every province of China before the country decided to stop testing on a large scale. China has now lifted almost all of its blockade measures, but even before the restrictions were lifted, the economy was struggling. 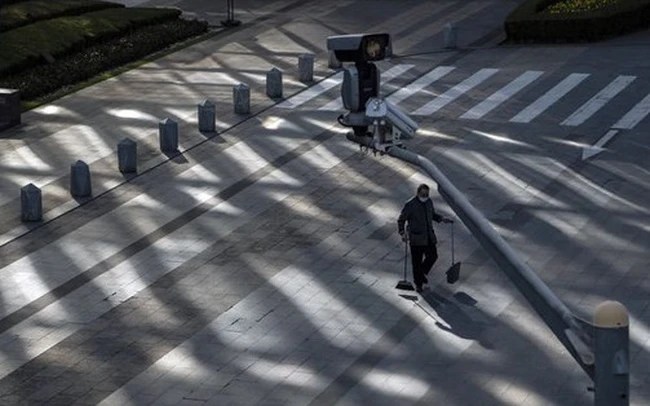 Consumer spending dropped sharply while industrial output grew at the slowest pace in a year. In particular, retail sales in Beijing fell by nearly 18% in November. And even now that people can move freely, traffic data shows that movement has only recovered very light. 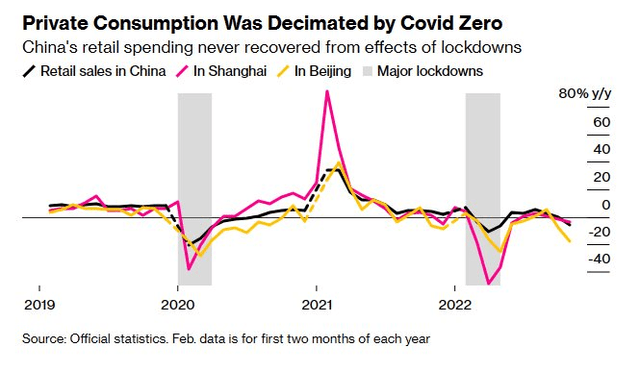 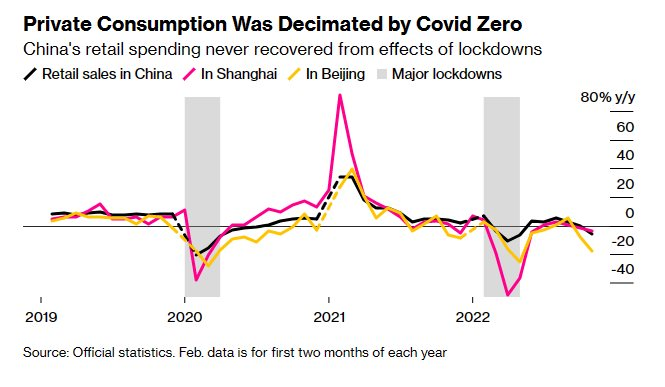 Retail sales across the country and in two major cities, Shanghai and Beijing, fell sharply because of the blockades. Source: Bloomberg.

According to BloombergNEF, last Thursday the Beijing subway system served 3.6 million commutes, 70% lower than the same day in 2019. Traffic volume on the city’s streets is also only reached 30% compared to January 2021 level. Other major cities such as Chongqing, Guangzhou, Shanghai, Tianjin and Wuhan recorded similar declines.

Home and car sales have both fallen sharply in the past month. In 2022, the car market was a bright spot, supported by government subsidies, but sales started to decline in December because consumers were not enthusiastic. That hit industrial output again, with vehicle output falling for the first time since May, when many factories were forced to close.

Unlike in the spring, when the Zero Covid policy caused parts shortages and some factories had to close, now production is disrupted because many workers are sick.

The high number of infections quelled the optimism in the stock and commodity markets after China moved to reopen. The Shanghai Industrials Index has fallen for two straight weeks, to near pre-November 11 levels.

Meanwhile, iron ore prices also fell sharply. The high number of infections creates a “dark cloud” that covers the short-term outlook and erodes the effectiveness of measures to support the real estate market.

Negative indicators reflect a sharp decline in small business confidence, although there has been a small improvement since November.

According to economists Hunter Chan and Ding Shuang of Standard Chartered, the manufacturing sector has had some positive signals with new orders, sales and output all increasing. However, the service industry continues to face headwinds because of weakening consumer sentiment amid the current high number of infections.

While the domestic macro environment was not favorable, international trade activity also continued to weaken in December. With the initial data on Korean exports not so bright, China’s exports have may weaken for the third month in a row.

In the first 20 days of December, exports from South Korea to China fell by nearly 27%. With demand for smartphones and other electronic devices declining both at home and abroad, demand for Chinese chips has also plummeted.
Source: CafeF