Ms. Q.Anh (28 years old, Hanoi) said that the last time she withdrew more than 5 million VND at an ATM and after 2 months she still had not used up all the cash. Most of the expenses in life today are paid by phone.

Ms. Q. Anh shared: “In previous years, every month, I had to go to a bank ATM to withdraw money at least 2-3 times. Currently, the need to use cash in life is less and less because electronic payment is very convenient and developed. Even when buying goods for only a few tens or hundreds of thousands without cash, shop owners at markets and grocery stores happily accept QR code scanning or wire transfer, absolutely no inconvenience. As for supermarkets and commercial centers, swiping cards and scanning QR codes is very popular.”

Even during peak periods such as the Lunar New Year or before the holidays, the image of people queuing up in front of ATMs to withdraw money is no longer as frequent as in previous years. Customers tend to have more and more cashless transactions. 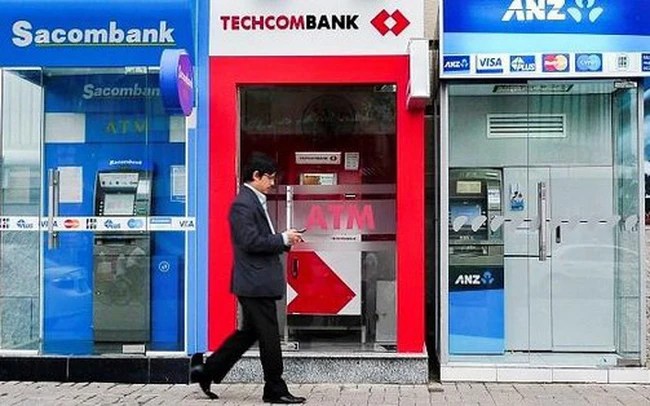 Information at the press conference on September 23 of the State Bank (SBV) said that non-cash payment indexes in the first 7 months of 2022 achieved high growth compared to the same period in 2021.

READ MORE:  Positive situation for gold price from now to the end of the year

Meanwhile, transactions via ATM only increased by 3.83% and 6.61% respectively, showing that cash withdrawals through ATMs are gradually decreasing, reflecting the trend of shifting to electronic payment, non-user payment. cash.

In the past, electronic payment was considered a luxury and great thing, most of which only large stores in trade centers and supermarkets applied. But now, not only big stores but also small shops, even iced tea shops with transactions of only 3,000-5,000 VND have caught up with the 4.0 payment trend. Many small shops now allow customers to pay cash, transfer or scan QR codes. Many shop owners said that QR payments are sometimes more convenient than cash because they don’t have to pay change. For example, a customer enters for a drink of 5,000-15,000 VND but only has a 500,000 VND bill, which is very inconvenient for the shop owner to find change to return, but scanning the QR code will solve this problem in a split second.

With the ATM system, more than 10 years ago, banks have massively expanded to attract customers even though the investment costs are not small, up to tens of thousands of dollars per machine, not to mention other operating costs such as operating expenses. management fees, personnel, equipment maintenance, etc. Undeniably, the coverage of ATMs has helped banking services develop strongly. At that time, many users decided to use the service of a bank because they had many ATMs.

After a decade, the explosion of electronic payments has made ATMs – mainly with withdrawing functions, gradually becoming obsolete and deserted.

However, despite being “disgraced”, the presence of ATMs is still essential. But if it is only used to withdraw money, it will also be a waste of resources, because the operating costs are not small. Therefore, today’s banks have turned to invest in a new and more modern ATM with many preeminent features, which can deposit, withdraw, transfer money, and save.

Or at a higher level, many banks have implemented an automated transaction banking system, operating 24/7, not much different from a transaction office, but done by digitization. Customers who come to make transactions at these automatic transaction points may not need to bring a bank card, but only need an ID card, or biometric identification can also use the service.