Although small in geographical area, Vietnam still has many things to be proud of, especially in terms of culture and art.

There have been many changes and adaptations through the flow of Vietnamese history and calligraphy, an essential element of Vietnamese culture, has seen the old and new flows into one as it is today.

A quick look at Vietnamese Calligraphy

Calligraphy is called “Thu Phap” in Vietnamese; “Primary” means writing while “French” means rule, combined, the term means “rule of writing”. Over time, Vietnamese calligraphy has developed beyond its original meaning as a rule of beautiful writing to become the art of blowing beauty into each handwriting. 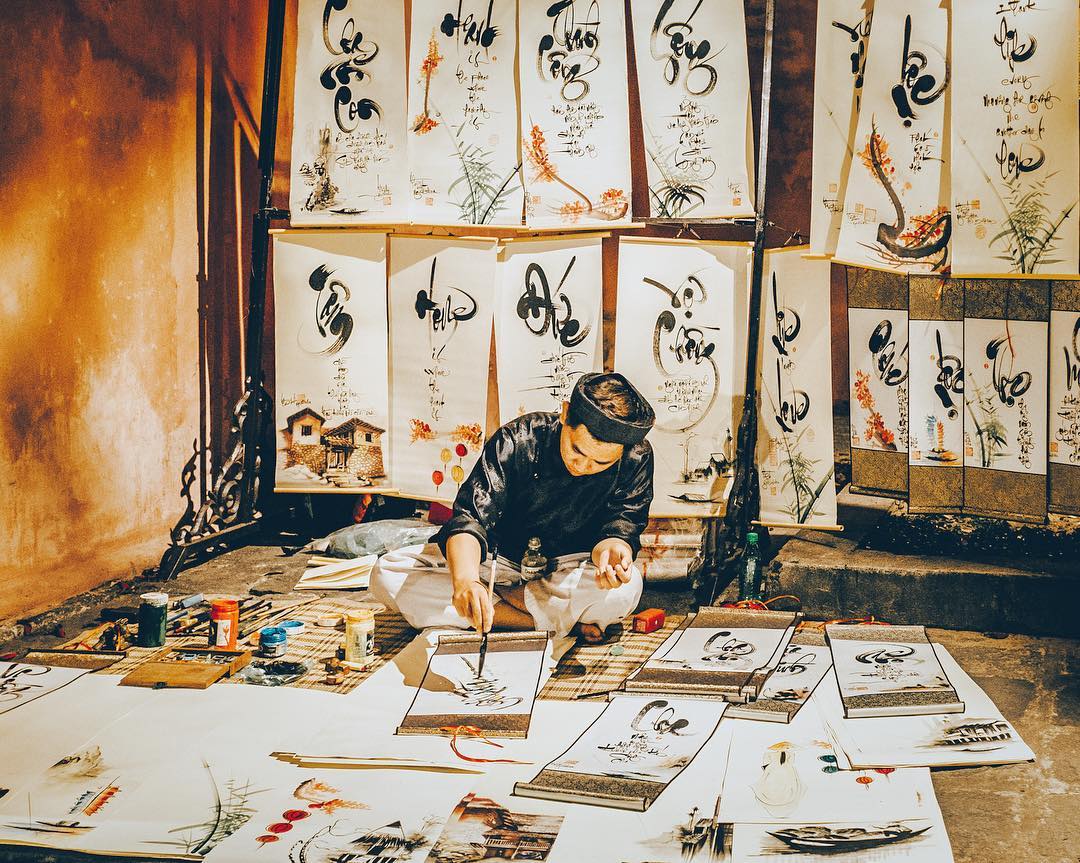 Different from Western calligraphic style, which is made up of a number of drawing tools such as a pen nib, rubber, ruler, compass and square ruler, meeting the requirements of exact proportions of letters; Vietnamese calligraphers only use brush and black ink to achieve the philosophical beauty hidden within.

When it comes to the word “calligraphy”, people may first think of a Chinese work of art. It is understandable because China is the birthplace of this art. Although Vietnamese calligraphy is strongly influenced by China due to the cultural exchange in the past and the geographical location nearby today. Vietnamese calligraphy therefore also follows Chinese calligraphy standards and uses kanji (Chinese language) in many of its works. 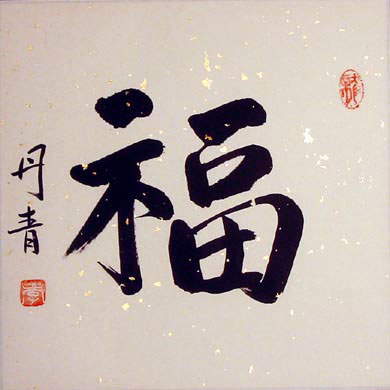 An original calligraphy written in kanji

READ MORE:  A little bit about the history of Vietnamese art

Basically, Chinese and Nom calligraphy are not too different in terms of writing style and shape, both require the same tools and paper, and the same size. However, instead of expressing sublime scholarly thoughts that require strict criteria like Chinese characters, Nom calligraphy enters people’s hearts by simple inspiration derived from simple feelings about life as well as natural dreams of people because this art was born with the purpose of serving the Vietnamese people. ordinary people, focusing on the virtues, the right, the beauty and the dreams of people or maybe the inspiration of the writer.

Inheriting most of the quintessence of Han-Nom calligraphy, Quoc Ngu calligraphy has appeared and prospered in the past 10 years. This is truly a respectable innovation, closely following the ancient tuong and preserving a meaningful traditional art of Vietnam.

Vietnamese calligraphy has many similarities with Han – Nom calligraphy such as using Chinese brush and ink, writing on white and red paper, letters arranged inside a circle or square block, the position of the seal and the meaning of the letter. calligraphy. However, followers are richer in writing styles. 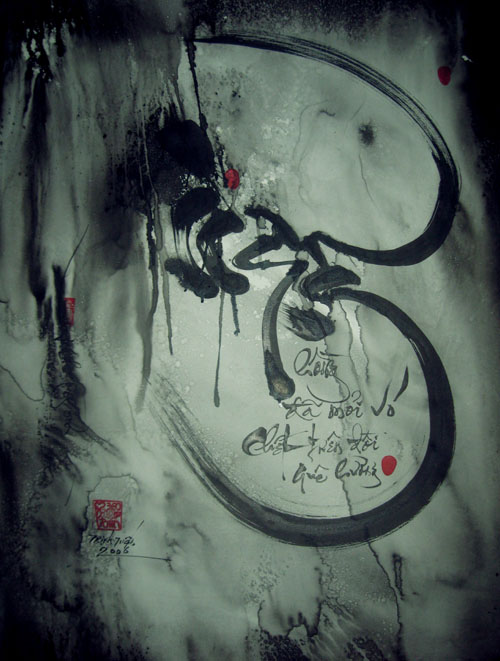 The third and newest line of calligraphy in Vietnam is called “Mien” calligraphy. This new stream was first brought to Vietnam by calligrapher Le Quoc Viet in 2006 after he visited an art exhibition in China and fell in love with it. Since then, Viet and his team called “The Zenei Gang of Five”, consisting of five calligraphy experts, have been working hard to promote this new line and have received a lot of attention.

Interestingly, one does not need to understand Han and Nom meanings to enjoy this art form because it is not intended to express meaning through intellectual understanding but through feeling. Vanguard calligraphy is more like abstract painting than writing technique because it is a combination of painting and calligraphy, so different viewers may have different views on the same writing.

This new style does not follow any standard basis of the traditional style. Tien Ve calligraphers can use any type of script in a work, be it Chinese, Nom, or Roman. Also, they don’t need to be concerned with the arrangement of writing where there can be multiple classes and sizes of letters. In addition, Tien Ve calligraphy can write on many different materials such as paper, glass, wood or even the human body. Even more special is the writing tool that calligraphers can allow a dog or a cat to stomp on their work to create a cute flower; Spray water, splash ink or print bamboo leaves to increase the creative element.

Le Quoc Viet said that his intention when bringing this new line of calligraphy into Vietnam is to create a new definition, a new way to approach this noble art because if he continues to write traditional calligraphy, system, his final destination will be none other than what his predecessors had. done. Therefore, it is time for him to breathe new life into the Vietnamese calligraphy art that is becoming outdated.