“Big man” Apple towards the era of ‘no password’

Apple, one of the Wall Street tech giants, is looking to completely replace the password requirement

Passwords help secure information and identity, but if you accidentally forget, the process of finding your login password will be very difficult. Fortunately, this will be completely removed by Apple soon, according to the WSJ.

Specifically, in Apple’s latest software updates for iPhone, iPad, and Macbook, users will be able to log into multiple accounts without needing a password or rely on a password manager to Save and fill in the information. Instead, the entire login process will be wrapped up with a face or fingerprint scan.

Passwords have always been considered the standard for account security, but there are many potential risks. Despite the warnings of experts about using complex passwords to avoid being hacked, most users only use a single password for many accounts. This makes it easy for hackers to access and steal personal information.

Apple, one of the Wall Street tech giants is looking to solve this problem and completely replace the password requirement. According to Darin Adler, Apple’s vice president of internet technology, this innovation, called passkeys, will be easier and more secure than the old password style. Apple, one of the Wall Street tech giants, is looking to completely replace the password requirement

The WSJ says each passkey is unique, usable on non-Apple devices, for both new and old accounts. They are stored right on the device, not on Apple servers or any app developers, websites. That’s why hackers, even if they can access the server, can’t find the password to steal. In addition, passkeys are also anti-phishing because the system does not have a password to share information with.

READ MORE:  The Incorporation of Foreign-Invested Company in Vietnam

“Passkeys will stop most cybercriminals, as hackers cannot steal any,” said Ondrej Krehel, head of digital and incident response at cybersecurity monitoring platform Security Scorecard. what”.

Apple representatives said that passkeys are part of a new set of standards set forth by the Fast Identity Online Alliance, a technology association with more than 250 different large corporations, such as Microsoft or Alphabet. This organization, FIDO Alliance for short, has been working for nearly a decade to improve the online authentication process. 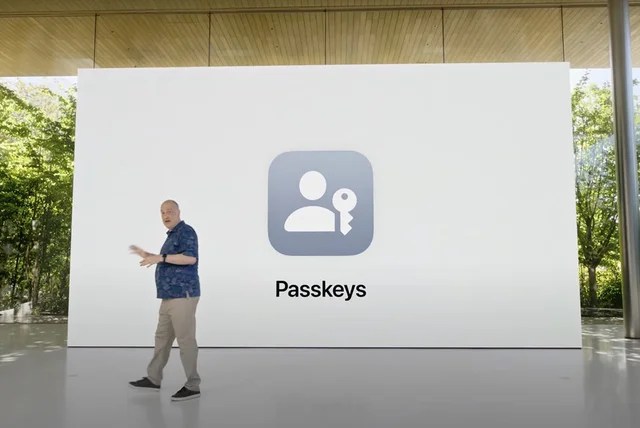 According to Andrew Shikiar, CEO and marketing lead of FIDO Alliance, the new login method called passkeys will allow the company to take different approaches to passwordless security, such as: implementing a biometric method, a security key, or a PIN stored on a device.

Apple towards the “passwordless” era, launches a method to replace traditional passwords

“It’s important that we don’t send out any human-readable classified information over the internet,” Shikiar said.

Experts say millions of Apple users will have password-free access starting this fall when they upgrade to iOS 16 or MacOS Ventura.

Upon activation, the passkeys are stored in iCloud Keychain, Apple’s password management system, so that they are accessible across all devices, including Macbooks, iPhones, iPads, and Apple TVs.