In the past two weeks, banks have continuously offered a series of real estate properties such as factories, factories and machinery, production lines in many provinces and cities such as Lang Son, Phu Tho, Lam Dong, Binh Duong…

In the past two weeks, the ‘big 4’ group of banks BIDV, VietinBank, Vietcombank, and Agribank announced the auction of a series of real estates such as factories, factories and machinery and production lines in many provinces and cities such as Lang Son, Phu Tho, Lam Dong, Binh Duong, Phu Quoc. Many properties have been offered for sale by the bank many times, reducing prices by tens or hundreds of billions of dong, but it is still challenging to find buyers.

Offered for sale many times, great discount is still difficult to sell

At Vietcombank, from November 2021, the bank continuously announced the auction of collateral assets of Evergreen Vietnam Technology Co., Ltd. to recover debts. In the last auction in September, the starting price of a series of properties decreased by more than 172 billion VND, to 926 billion VND compared to the time in November 2021.

BIDV continues to announce the 9th auction of assets of Tan Thuong Energy Joint Stock Company, the investor of the Tan Thuong hydropower plant project. The starting price of the auction is 342.3 billion VND, compared to the previous sale before December 7, 2021, the price has decreased by more than 70 billion VND.

According to information on the website of Duc Long Gia Lai Group Joint Stock Company, Tan Thuong Hydropower Plant has a designed capacity of 22 MW, providing 108 million kWh/year. The project was started in early 2017 with a total investment of more than 900 billion VND, the contractor is Song Da 9 Joint Stock Company. 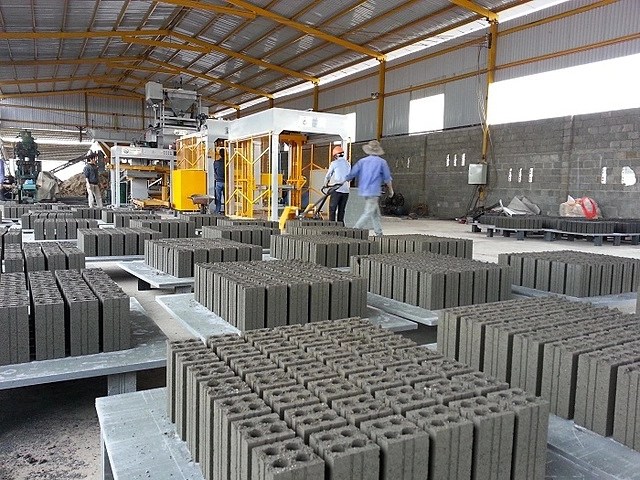 Banks announced the auction of a series of real estates such as factories and machinery, production lines in many provinces and cities such as Lang Son, Phu Tho, Lam Dong, Binh Duong…(Illustration: moc.gov.vn)

VietinBank Phu Quoc branch announces the selection of an auction organization for the debt of Global Renewable Energy JSC. The total outstanding debt of the business as of August 3 is more than 122 billion dong, of which the original debt is 85.5 billion dong, the bank plans to offer a deficit equal to the total value of the above debt.

Previously, in November 2021, VietinBank also offered to sell the above debt but had not recorded any transaction results. At that time, the debt was for sale for 105.4 billion dong, of which the principal debt was 85.58 billion dong, and the interest debt was 19.86 billion dong.

The collateral for the debt is a technological line and equipment that converts waste into garbage electric energy. In addition, collateral is also a property right including but not limited to the right to claim and enjoy the debt collection amount, the right to share and use, exploit and/or own the divided product, the right to claim the refund of the advance, fines for violations, compensation for damage and enjoyment of this money, rights, benefits, reimbursements… arising from the assets of the factory investment project solid waste treatment combined with electricity generation.

According to research information, the debt was borrowed by Global Renewable Energy JSC to implement the project of building a waste power plant in Bai Bon hamlet, Ham Ninh commune, Phu Quoc city with an area of ​​10.4 hectares, capacity estimated 200 tons of waste/day.

Phu Quoc garbage treatment plant has a total investment of about 230 billion VND and has been in operation since October 2017, during the trial operation, the plant encountered a technical problem in the production line, causing the waste to be returned. not handled in time and over 300 tons in stock, causing pollution affecting the people around. By December 2017, the factory had to temporarily stop collecting garbage.

In July 2018, the factory returned to operation but only reached a capacity of 40 tons/day, causing garbage jams, and inefficiencies, and not operating in accordance with investment commitments. The plant’s delay, failure to complete and put into operation the waste treatment in accordance with the technique, technology and capacity as originally committed has seriously affected the waste treatment on Phu island.

Therefore, in August 2018, the Chairman of the People’s Committee of Kien Giang province sent an official dispatch to the Management Board of Phu Quoc Economic Zone to complete the procedures for recalling the Garbage Treatment Plant project of Global Renewable Energy JSC according to the current legislation.

BIDV said that the cement plant is currently in moderate operation, the land use right is leased by the State, paying the annual land rent and the land use term is until 2034 and 2036. The starting price offered by the bank is 168.2 billion VND, deposit is 30 billion VND. The bank plans to hold an auction on October 6 in Lang Son city, Lang Son province.

VietinBank North Phu Tho branch has announced the auction of commercial debt of Bac A Investment and Construction Joint Stock Company. The collateral of the debt includes machinery and equipment for the construction investment project of Bac A tunnel brick factory built in association with the leased land area of ​​​​nearly 13,000 m2 in Son Vi commune – Lam Thao district – Phu Tho province. Specific assets include a factory with a capacity of 70 million bricks/year, transmission lines, and production machinery (kilns, forming processing machines, substations…).

Besides, the collateral also belongs to the North Asia tunnel brick factory, including 3 garages, guard house, hut, operator house, gas station, tiled yard, concrete yard, internal road, toilet general and other ancillary works. The bank said that by the end of June 30, all debts including principal, interest, penalty interest and fees of the above enterprise were more than VND 30.2 billion, which is the original debt of 24.1 billion. The starting price of the auction for all of the above properties is 24.4 billion VND, down nearly 6 billion VND compared to the time of sale in July.

READ MORE:  Vietnam is the second-largest exporter to US market

VietinBank, branch of Hai Duong Industrial Park, cooperates with asset auction organization to publicly auction debts of Phuc Dat Joint Stock Company. The total value of the debt including principal, interest and penalty interest not yet paid under the credit contract in 2014 as of March 31 is 161.5 billion VND, of which the principal debt is 105.6 billion VND.

The collateral for the debt includes the system of production workshops, the operator, the warehouse of raw materials, finished products, the system of workshops and ancillary works, the entire machinery and equipment of the project. white cement production machine. The factory project to be formed in the future is built and installed on a leased land area of ​​more than 4.6 hectares in Ky Son commune, Tu Ky district, Hai Duong province. The starting price offered by the bank is 74.6 billion VND, down 31 billion VND compared to the time of sale in May.

VietinBank Lam Dong branch said that the bank is looking for a public auction of the debt of a coffee producer. Accordingly, the total outstanding debt as of August 31 of Vietnam Coffee B&V Co., Ltd is VND 10.7 billion. The collateral is the factory and all coffee roasting machinery and equipment located at the factory in Phu Hoi Industrial Park, Phu Hoi Commune, Duc Trong District, Lam Dong Province. The starting price for the above assets is VND 10.7 billion, equivalent to the total value of the debt.

Besides VietinBank and BIDV, Agribank also announced the auction of a factory with an area of ​​2,786 m2 and a system of steel pipe production machinery and equipment at the factory in Thuan Giao ward, Thuan An town, Binh Duong province with a starting price of 14.7 billion VND. The collateral for the loan of PGV Investment One Member Limited Liability Company at Agribank, An Phu branch.