AVAKids unexpectedly held a ceremony to mark the milestone of 50 stores. 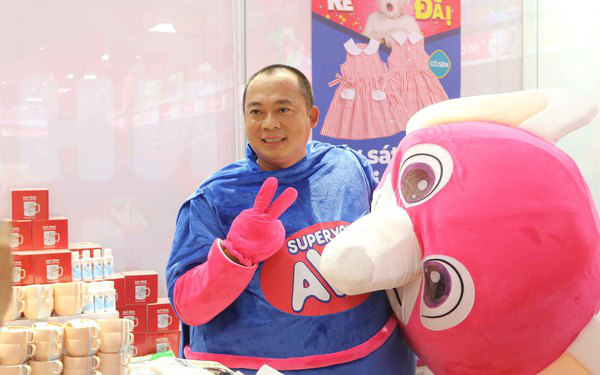 This is considered an important milestone from NO to YES, transitioning from YES to MUCH more for a whole new field, the field of Mother & Baby.

We aim to reach 200 stores by the end of 2022 and continue to grow in the next 2 years to 2024 to become the largest retailer in Vietnam in terms of mother & baby both in terms of number of stores and closed revenue. for MWG”. 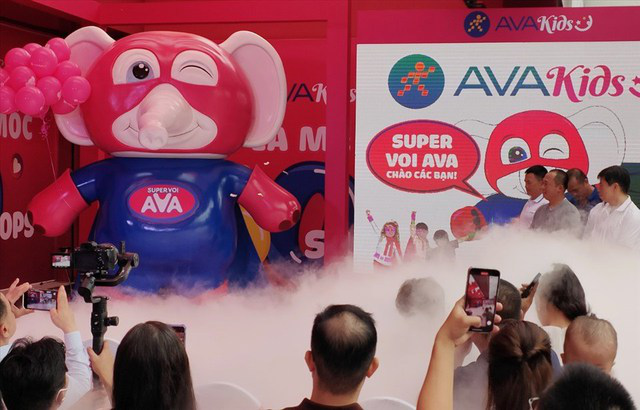 During the event, AVAKids also carried out a CSR campaign, awarded 50 cleft palate surgeries to disadvantaged children, and pledged to continue giving 500 services in the following year. This also partly shows that AVAKids will be a long game of MWG in the near future.

Although it is one of MWG’s new experiments and is not a pioneer, it can be seen that this giant has not hidden its ambition to conquer a piece of cake in this new market.

What makes MWG so confident with this new “child”?

Mother & baby market: There are big hands, but the cake still has many parts

In some big cities, when it comes to retailers of products for mothers & babies, it’s probably not difficult to remember 3 big names: Con Cung, Bibo Mart and Kids Plaza.

READ MORE:  Why venture investors eye Vietnam as the destination for their capital?

Bibo Mart is the oldest brother in the market, born the earliest, in 2006. If in the first stage, this business grew quite quickly, in recent years it has slowed down and somewhat exhausted compared to other names. later age. After 16 years, the number of stores of Bibo Mart only stops at about 160.

Kids Plaza entered the market in 2009 and currently has 158 stores nationwide, mainly in Hanoi and Ho Chi Minh City.

Meanwhile, Con Cung has only been born since 2011 but is leading the market with an outstanding number of stores (more than 640 stores), double the total number of stores of Bibo Mart and Kids Plaza combined. Con Cung also recorded an impressive revenue in 2021, reaching about VND 7,000 billion. 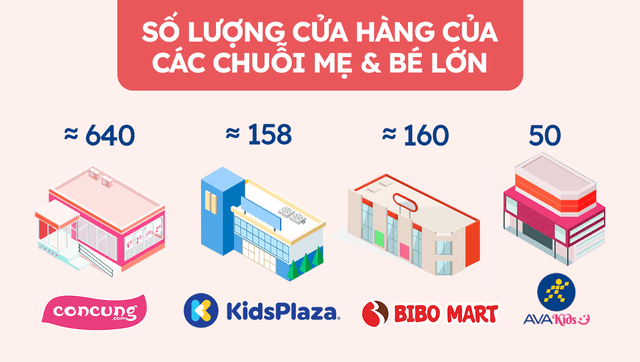 These are the three “big hands” that are leading the market and have a high level of recognition, which will be the most direct and formidable opponents to rookie AVAKids.

Especially when Con Cung also expressed a small ambition in the future. This retailer aims to reach 1 billion USD in revenue by 2023, has 2,000 stores by 2025. In which, about 200-300 stores will follow the Super Center model, no different from a shopping mall. Miniature shopping exclusively for mothers and babies, with an area of ​​​​up to thousands of square meters, displaying 10,000 products for sale. However, this market is still considered a cake with many residuals, yet to be explored.

According to an estimate by market research firm Nielsen, the mother & baby retail market in Vietnam can reach 7 billion USD with a large growth rate. With about 68% of the population aged 15-64 years old, about 1.5 million children are born each year, Vietnam is still in the golden population period, so the increase in the number of young families is inevitable. At the same time, the increased spending ability and the tendency of parents to prefer domestic products are also the driving forces for the strong growth momentum of the retail segment of products for mothers and children in Vietnam in the coming time.

Meanwhile, although it is leading in the number of stores, Con Cung only accounts for 9% of the market share. According to VNDirect, big retailers only account for 20% of the cake, the remaining 80% is still in the hands of small shops. Therefore, there is still a lot of room for development for AVAKids and even its competitors. 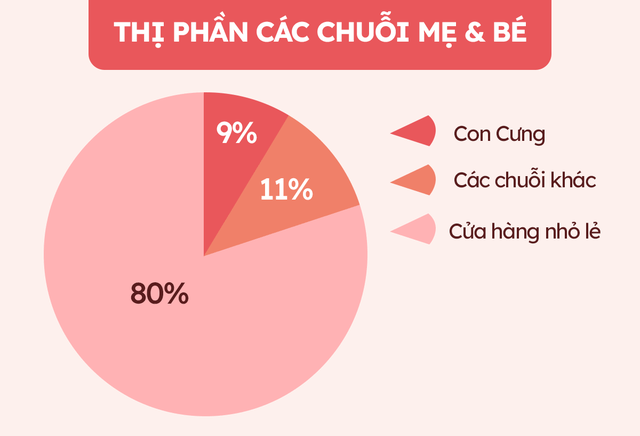 Weapons of the latter

At the end of 2021 – early 2022, MWG is about to launch and test 5 models at the same time, including: AVAKids, AVACycle, AVAFashion, AVAJi, AVASport. However, it seems that AVAKids is the most loved child when the number of stores increases rapidly, along with a clear goal from MWG.

VNDirect’s analysis report also identified AVAKids as the name with the highest probability of success among the above five experimental models.

Despite being in the position of a latecomer, AVAKids possesses a unique advantage, which is experience in developing, operating and managing chains from the brothers The Gioi Di Dong, Dien May Xanh, and Bach Hoa Xanh. These are all units that have had rapid growth in scale and quickly captured market share. Even in the sharing of CEO Doan Hieu Em, he also emphasized the milestone from No to Yes, the beginning of the transition from Yes to Many – somewhat showing confidence in the current AVAKids model. And with MWG’s tradition of rapid chain opening, it probably won’t take long for AVAKids to catch up, even for the leading names to “breathe smoke”.

Besides, the number of loyal customers from previous chains is also expected to bring growth momentum to this new rookie.

During the ceremony on June 1, AVAKids said it would open stores in rural areas, where the market is still fragmented. This chain is focusing on expanding in Ho Chi Minh City, the Southeast region and the Southwest region. Compared with Con Cung and Kids Plaza, although there are a large number of stores, they are mainly concentrated in Hanoi and Ho Chi Minh City.

With the participation of AVAKids, the mother & baby market in the coming time promises to be even more exciting and fierce.