Information about Apple’s tax declaration in Vietnam was confirmed by Mr. Dang Ngoc Minh, Deputy Director of General Department of Taxation, on the afternoon of September 29.

Specifically, at the press conference of Ministry of Finance, Mr. Minh said that from March 21, Vietnam has opened the tax declaration portal for foreign suppliers on behalf of individuals in Vietnam who have generated revenue.

Vietnam is one of the four leading ASEAN countries in opening an electronic portal for foreign suppliers to automatically declare. From March 21 to now, 36 foreign suppliers have registered to declare tax after being propagated by the tax authorities and sent an open letter to the headquarters of the corporation.

Among 36 foreign suppliers, there are many large corporations that have made tax declarations such as Meta, Google, Microsoft, TikTok, Netflix…

“Especially, after a period of discussion and support from the tax authorities, Apple has officially made tax declarations in Vietnam,” Mr. Dang Ngoc Minh informed. 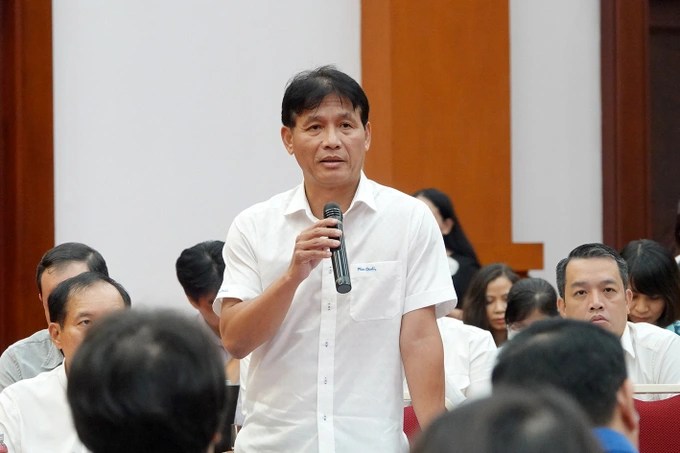 Dang Ngoc Minh at the press conference on the afternoon of September 29 (Photo: BTC).

In addition, the Ministry of Finance said that in the first nine months of the year, individual taxpayers doing business in the field of e-commerce are conscious of voluntarily declaring and paying tax in accordance with the law. The tax authority has strengthened tax administration and brought into the tax administration many individuals and organizations with businesses in the field of e-commerce to propagate and support taxpayers to comply with the law.