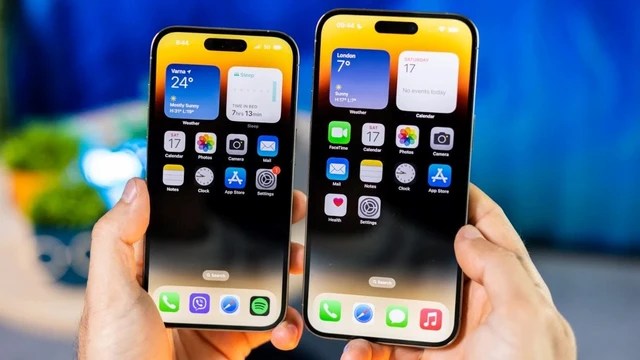 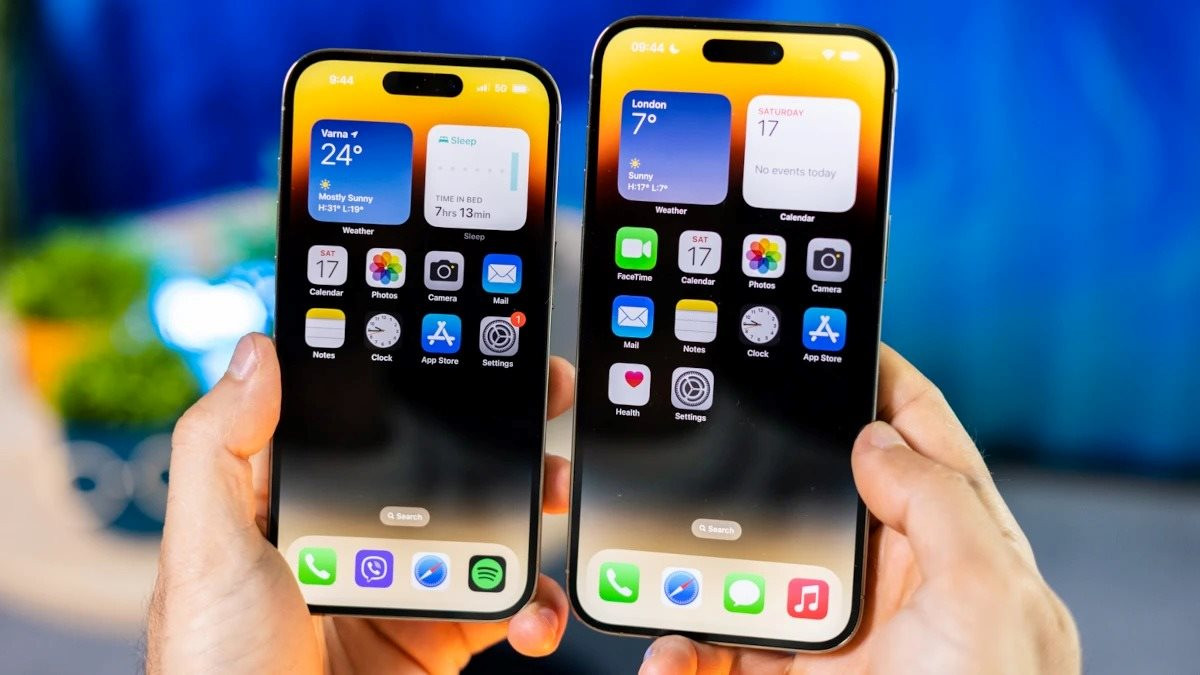 According to the latest data from Counterpoint Research, global smartphone sales fell 3% year-over-year. The decline in sales was up to 12%, but the average selling price (ASP) of smartphone lines increased by about 10%, saving the global smartphone market from too dismal statistics.

The increase in the average selling price of smartphones is attributed to 5G, when users tend to choose smartphones with 5G integration more than before. Specifically, 5G smartphones accounted for 46% of product sales in the last quarter, the most ever.

In terms of revenue, Apple maintained the number one market position in the third quarter of 2022 with about 42% of total revenue. This figure continues to increase compared to the market share of 37.1% in the same period last year. During the period from July to September, Apple released iPhone 14, 14 Pro and Pro Max. iPhone 14 Plus version only sold in the first week of October. 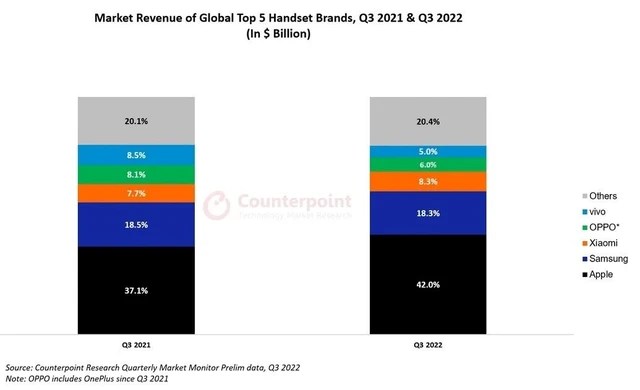 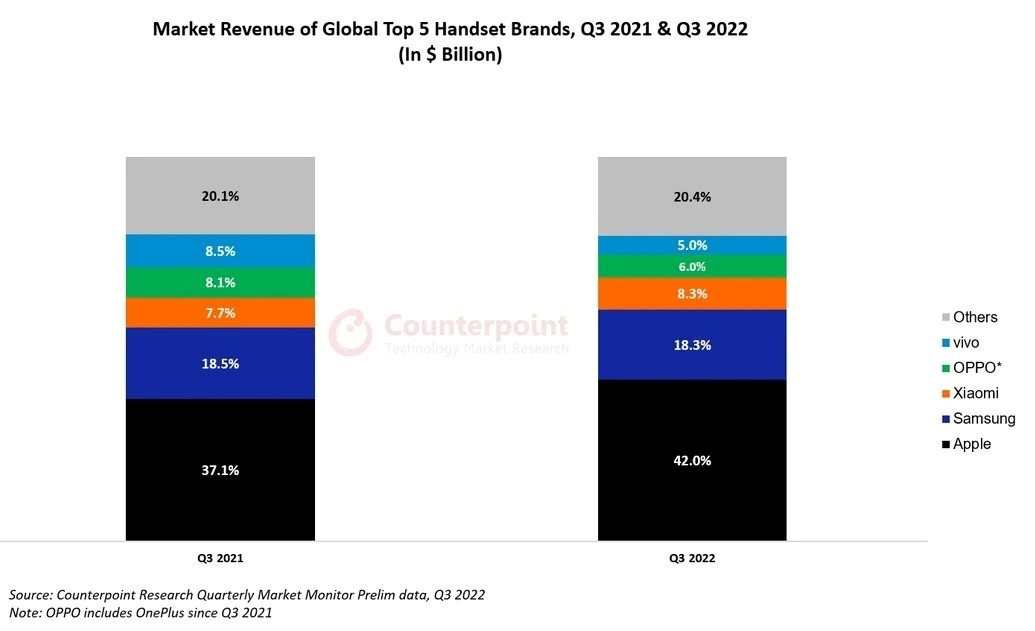 Meanwhile, Samsung accounts for about 18.3% of global smartphone sales, down slightly from 18.5% last year. Its average selling price increased by only 2%, although sales of the Galaxy Z Fold and Z Flip series nearly doubled. Its smartphone revenue fell about 4% year-over-year.

READ MORE:  Traditional taxis are gradually regaining the market: Vinasun has profit in the second quarter in a row, the highest in 5 years

Xiaomi ranked third with 8.3% market share in revenue, up from 7.8% in the same period last year. Its smartphone sales increased by 4% year-on-year, mainly thanks to mid-range and low-cost models. However, its revenue still fell nearly 1.5%. This year, Samsung focused on models in the $200-299 price range, instead of the $200 price segment. As a result, the average selling price of its smartphones increased 14% to $205.

Oppo, Vivo’s revenue declines due to the impact of Covid-19 in China

Oppo (including OnePlus), accounted for 6% of global smartphone sales, down from 8.1% last year. Its revenue plummeted 27% in the July-September period while the average selling price fell 5%. Oppo’s problem is the Covid-19 epidemic in China – where it accounts for 40% of its total sales.

Vivo struggled even more as sales fell 43%. Its share of global revenue also fell to just 5%, from 8.5% a year ago.

In total, these 6 major manufacturers almost take over the global smartphone market revenue, accounting for nearly 80%. The remaining 20.4% of revenue comes from other manufacturers. This figure was almost unchanged compared to the third quarter of the previous year.

“With $80 billion, revenue from 5G devices reached an all-time high, accounting for 80% of the revenue of the entire smartphone market, up from 69% in the third quarter of last year. Revenue from LTE devices fell 10% to $19 billion. This transition from 4G to 5G is largely attributed to Apple, which accounts for nearly half of 5G device sales. 95% of its products are 5G integrated,” said Harmeet Singh Walia, senior analyst at Counterpoint.