After the miraculous economic growth story, Vietnam is forecasted to become the 20th largest economy in the world by 2036. Arguing for its forecast, CEBR said: Vietnam is estimated to have a PPP-adjusted GDP per capita of $11,608. The story of Vietnam’s economic growth is remarkable, with Doi Moi in the mid-1980s. Along with that, favorable global trends have helped Vietnam achieve rapid economic growth. rapidly and transformed the country from a poor country to a low middle income country. 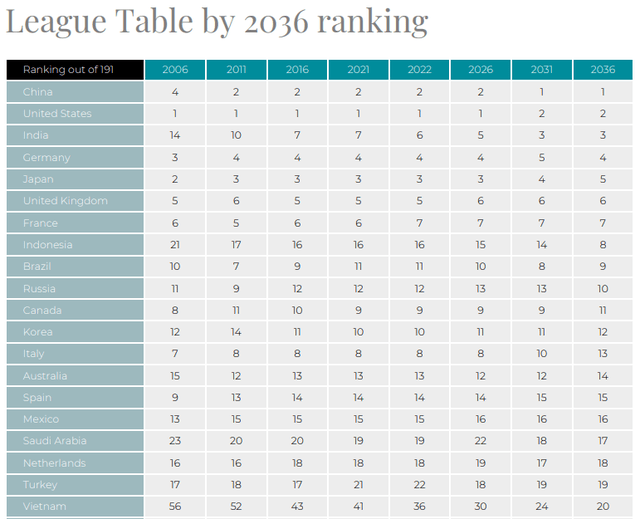 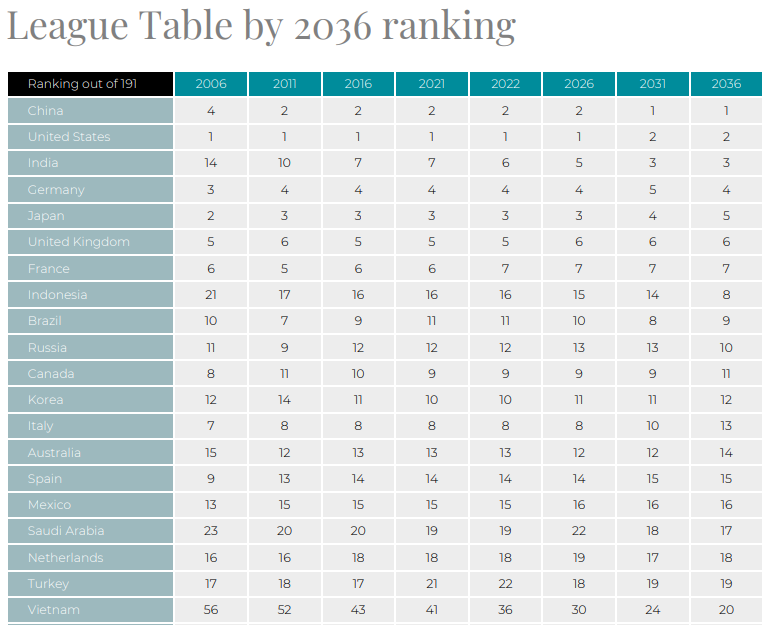 The Vietnamese economy develops five-year plans to map out its economic outlook. The five-year plan for the period of 2021-2025 emphasizes the continuation of the current economic development model. Growth must be facilitated through manufacturing, supported by deeper integration into global supply chains, through actively improving trade partnerships and diversifying exports.

Before the outbreak of the Covid-19 pandemic, per capita income was on an upward trend, with strong economic expansion coupled with a low population growth rate, averaging only 1.2% per year. year from 2016 to 2021.

Underpinning strong GDP growth, according to CEBR, is a resilient labor market. In 2021, the unemployment rate falls 0.6 percentage points to 2.7%. Government debt as a share of GDP will reach 47.9% in 2021, compared with 46.3% the year before. This increase is due to the impact of the Covid-19 pandemic on government spending and tax revenues.

READ MORE:  Amid favorable conditions, bank listings on the rise

Vietnam aspires to achieve high incomes by 2045. To achieve this, Vietnam must grow at an average annual rate of approximately 5% per capita. Vietnam’s ongoing 5-year plan now estimates an average growth of 6.5% annually over the next decade.

However, Vietnam faces challenges on its way to becoming a high-income country. With the decline of global trade and the aging of the population, Vietnam needs to drastically improve the effectiveness of policy implementation, especially in the areas that will be severely affected by automation and climate change. Queen.

Therefore, from 2021 to 2036, CEBR forecasts that Vietnam’s position in the world economic rankings will improve significantly, with its ranking increasing by 21 places, from 41st to 20th in 2036.

Forecasts for Southeast Asian countries are similar to those of the IMF. According to the IMF, by 2025, Vietnam will rise to the third position in Southeast Asia in terms of economic size with a GDP of 571.12 billion USD. Behind Indonesia ($1630 billion) and Thailand ($632.45 billion) and surpassing Malaysia ($556 billion), Philippines ($523.53 billion), Singapore ($496.81 billion).