The American pharmaceutical giant has become a name sought after by the whole world when the Covid-19 pandemic broke out. However, that halo is certainly not enough to illuminate the company in its future journey.

The emergence of a “hidden” business

The pandemic has helped an American pharmaceutical company become a global name. Using new technology, Pfizer created a vaccine against Covid-19 in record time. Their revenue has increased many times over. Now, Pfizer continues to offer anti-Covid-19 tablets and has a chance to account for more than half of the $100 billion in projected revenue by 2022.

Those achievements give Pfizer cash-rich, $28 billion, that will help it finance its operations for decades to come to become an American pharmaceutical giant. However, money is not everything. Pfizer is under tremendous pressure to prove that its achievements during the pandemic are not a breeze. Pfizer’s revenue skyrocketed during the pandemic. Black from Covid-19 vaccines, blue from Covid-19 treatments and purple from other sources.

In fact, no major pharmaceutical company has been able to double its revenue in such a record short time. To this day, no company expects that. Pfizer probably has to get used to this, too. The glory of the past will never return.

However, Pfizer can’t let themselves go back to the sluggish path they took years before Covid-19 raged. The company’s stock has fallen by 25% in 2022 due to a series of concerns related to the business operations of the business when Covid-19 was almost under control.

“Pfizer is very depressed before the pandemic” said Evan David Seigerman, an analyst at BMO Capital Markets Corp. Now, they are being punished by investors for not knowing what businesses will do when the pandemic is over. They need a vision of the business’s post-Covid-19 future.”

Before the Covid-19 pandemic, Pfizer struggled to find a blockbuster after several years of stalemate. Now, its key products are facing competition from rivals adopting new technology. The “super big” deals are increasingly difficult to do, and Washington is also very strong in antitrust. What is Pfizer doing?

Before the first case of Covid-19 was recorded in Wuhan, the new CEO of Pfizer, Albert Bourla, began to take the company on a new path. Mr. Bourla, who was appointed in 2019, saw an opportunity to turn Pfizer into a modern version of the agile, innovative biotech company it would normally pay for. Their goal is to create new technological drugs to treat diseases such as cancer or rare diseases.

Now, after two years of focusing on a Covid-19 vaccine, Bourla is ready to return to the path they have chosen, even if Wall Street completely distrusts them. 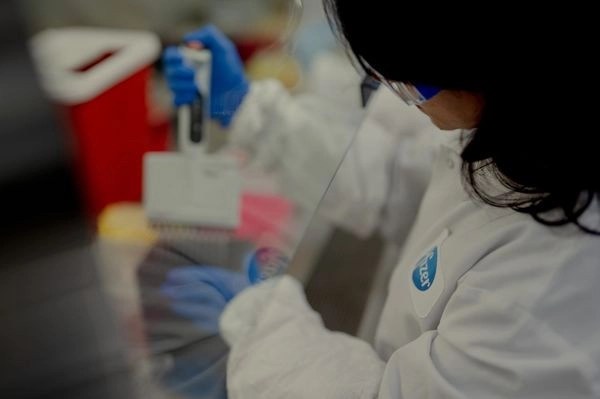 “Nobody asked us what we were doing with products other than Covid-19” Bourla said in an exasperated tone during Q2 earnings. The CEO promised business growth. Revenue from the company’s core businesses — excluding Covid products — will grow 6% annually through 2025. Wall Street thinks Pfizer’s revenue growth could be as low as 5%.

However, that will probably be for the best. During the pandemic, governments have pumped money into pharmaceutical companies, even invoking wartime laws to boost vaccine production. It’s unlikely that any of those conditions are likely to happen again any time soon, let alone all of them.

Covid-19 has left its mark on the pharmaceutical business, sparking a wave of investment in mRNA technology – the technology behind the vaccines of Pfizer and Moderna Inc. Now, the race is getting tougher, especially with the presence of pharmaceutical giants who are eager to improve revenue by improving their drugs. That means a battle for resources, talent and even those willing to experiment will be tougher than ever.

Challenges in the way

Pfizer certainly will not give up the achievements they have achieved during the raging epidemic period. Bourla also stressed that they will be “wholehearted” with mRNA and highlighted its potential for a wide range of incurable diseases, including rare genetic diseases. They have spent money to form alliances with companies that specialize in researching new technologies. However, it will take years to get results and the competitors are no less competitive.

“As Pfizer begins to pursue mRNA therapeutics, they have greater potential, but so does the uncertainty,” said Damien Conover, an analyst at Morningstar Inc., in a statement. With every achievement in curing infectious diseases, you deviate further from mNRA’s core technology.” Pfizer wants to bring products using mRNA technology to market within five years, an ambitious timeframe compared with traditional methods. Typically, a drug will take more than a decade to move from the laboratory to human trials before it is approved by regulatory authorities. About 90% of drugs fail in clinical trials.

However, the competition does not mean less. “Students and interns are being drawn by this wave” said Daniel Anderson, a professor of chemical engineering at the Massachusetts Institute of Technology. Many people drop out of school to start companies, while others join businesses in the emerging pharmaceutical sector.”

According to data from Pitchbook, there are about 43 private enterprises developing mRNA technologies that have raised about $1.6 billion in the past 12 months.

To gain a competitive edge, Pfizer chooses to invest in its team of mRNA experts. Playing a key role in it was Kathy Fernando, who was early in the pursuit of mRNA studies. During the pandemic, Kathy Fernando led Pfizer’s research and development activities.

They also look to outside mRNA advisors to refine their strategy, especially when it comes to new products. There are many benefits to getting ideas from top experts.

However, Pfizer’s competitors are making similar moves and are also developing drugs that focus on RNA and DNA. In addition, there are also legal disputes related to mRNA technology, which Moderna claims to have patented between 2010 and 2016. The lawsuit was filed in a court in Massachusetts, USA and In Germany.