After the new paint was completed, many people admired the intact beauty of this work. 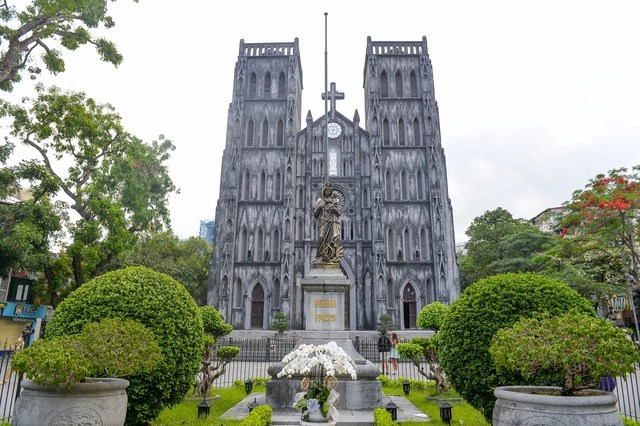 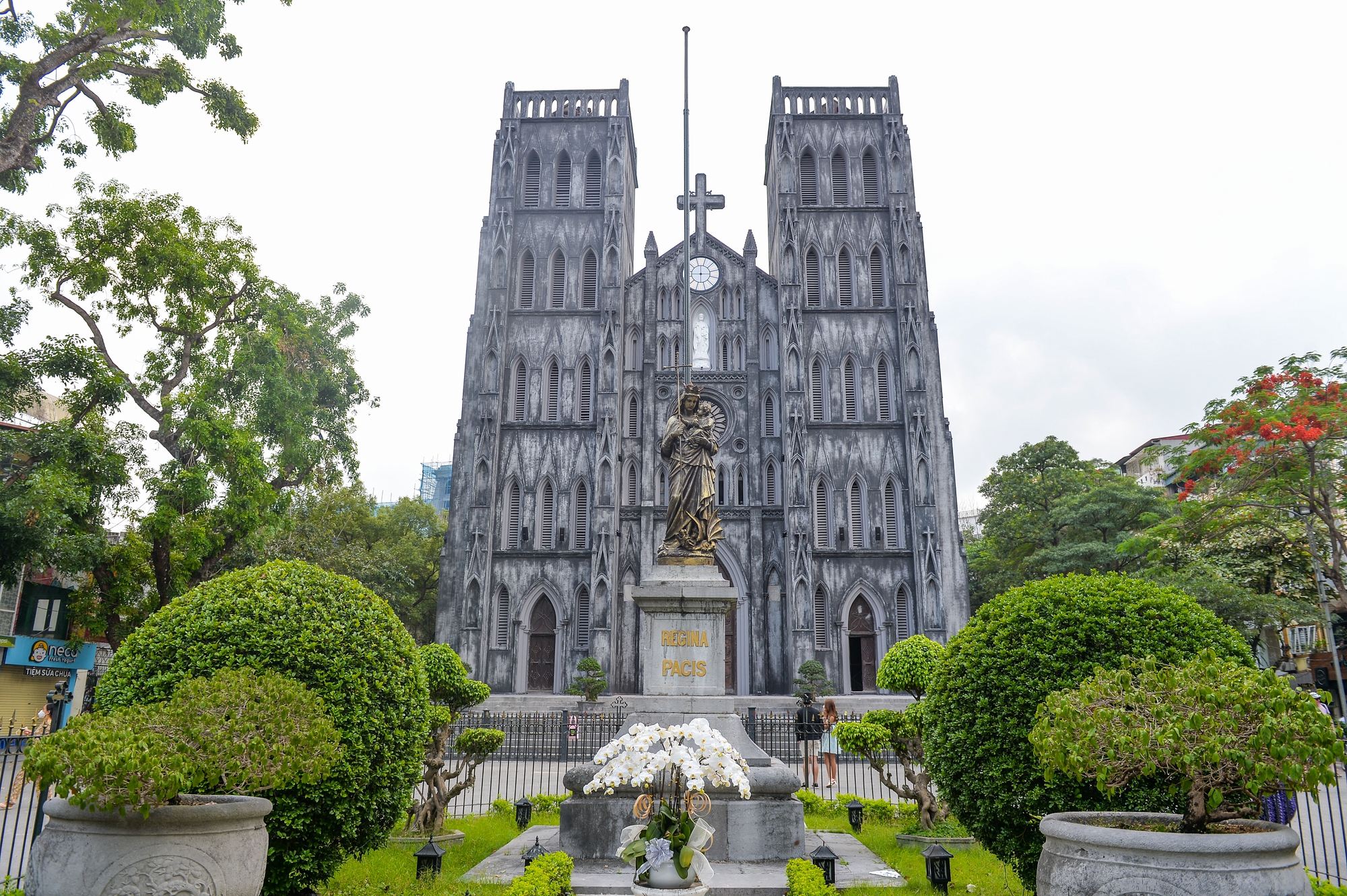 Talking to PV, the parish priest of Hanoi Cathedral – Anton Nguyen Van Thang said, after nearly 2 years of remodeling, the Hanoi Cathedral has completed the exterior paint. Parish Priest Nguyen Van Thang affirmed that the new paint finish is the same as the old paint layer of the church. The current paint layer has a structure including: paint, waterproof paint, color paint, and antique 3D paint. 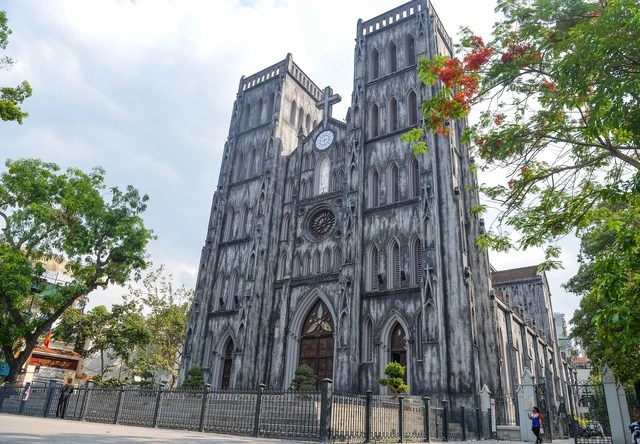 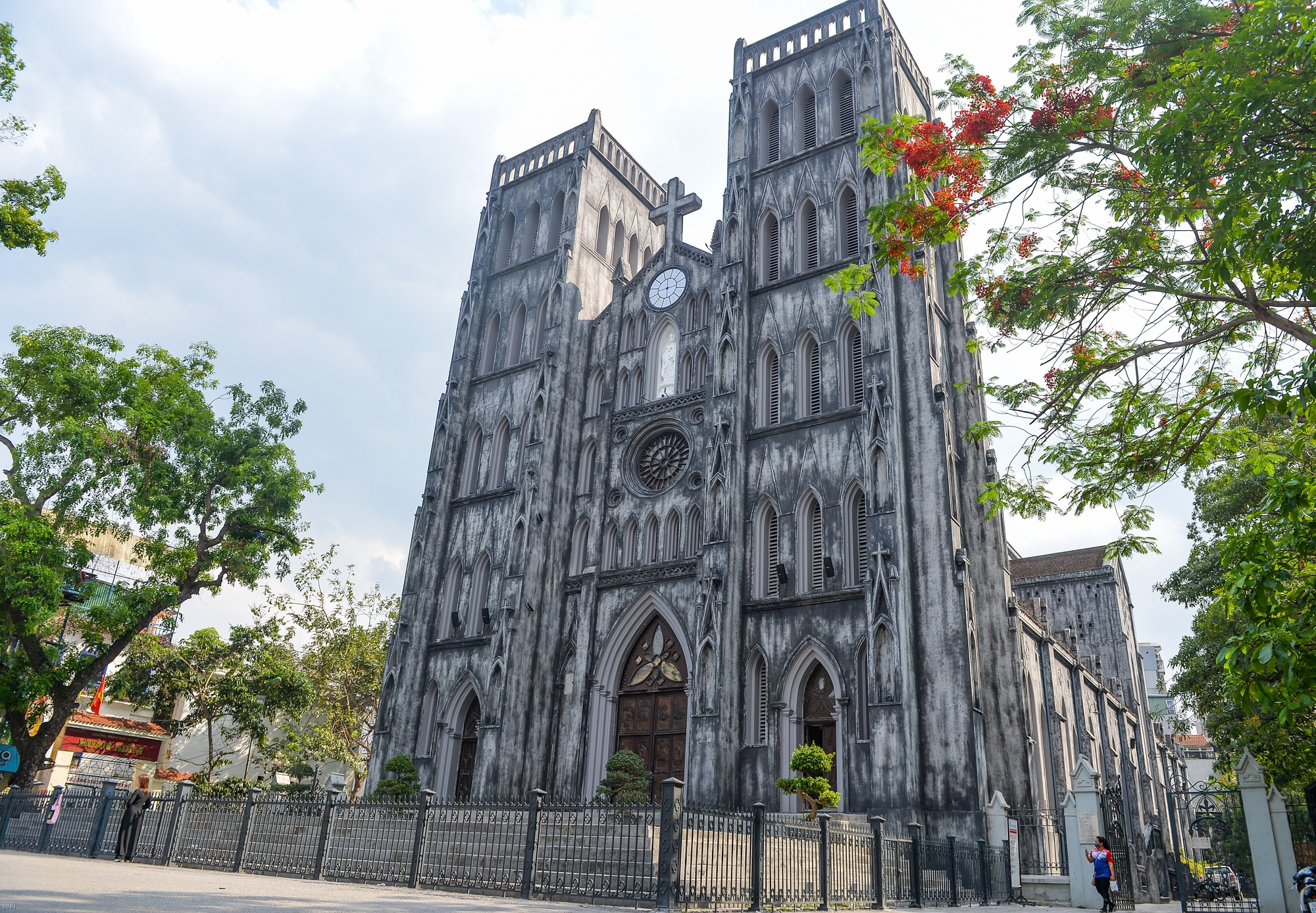 After the new paint was completed, many people admired the intact beauty of this work. “Looking at the new paint but still the same, it gives an old feeling when looking at the church…”, said Mrs. Lan, who lives near the Hanoi Cathedral. 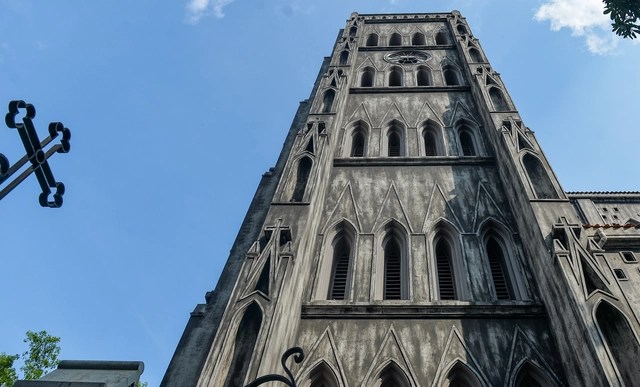 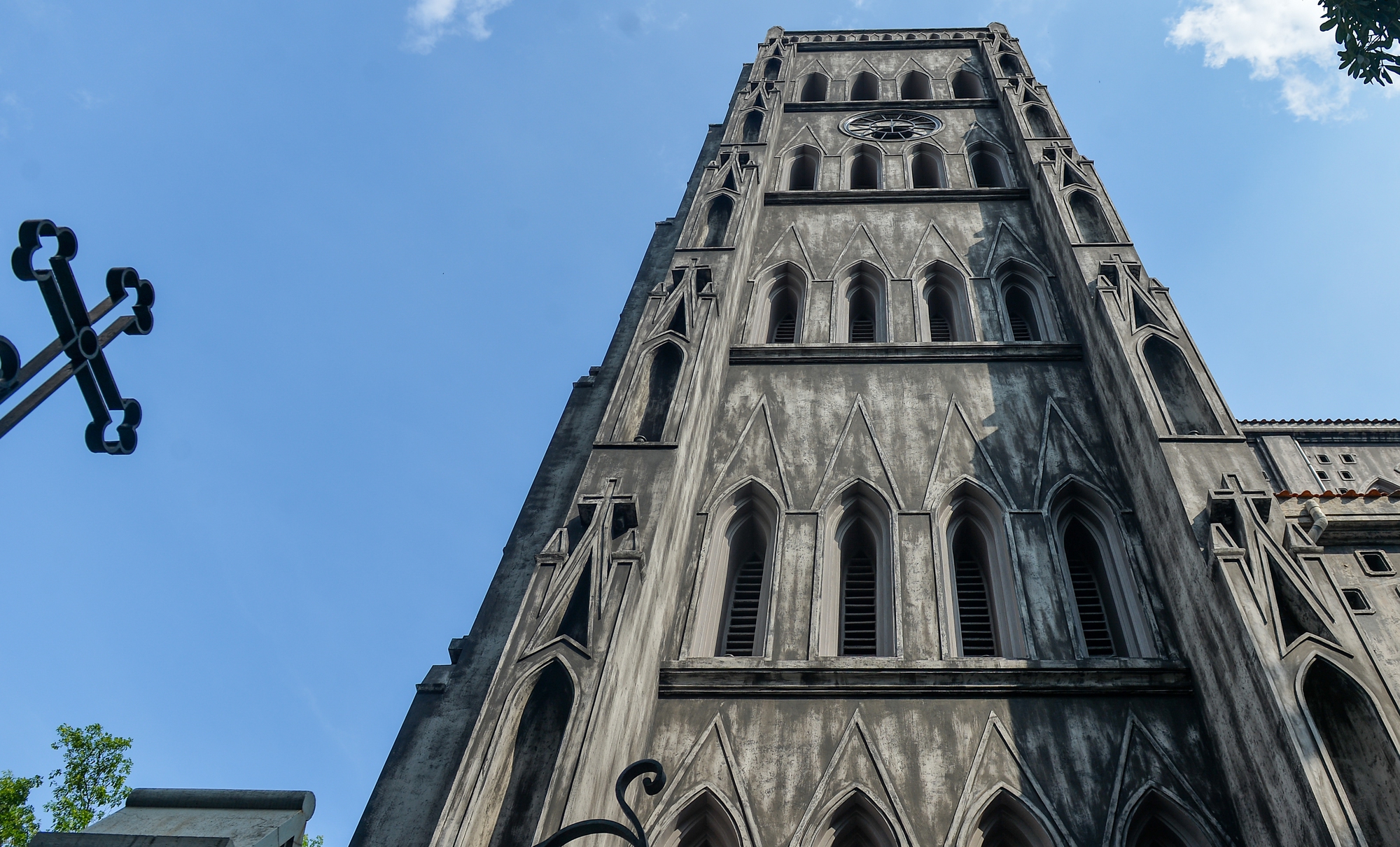 “Currently, the repair of the church has not been completed, there are still some repairs on the inside such as the tower column, the clock face is not working, the road around the church is paved with stone has not been done. The stone part in front of the church’s facade will also have to be redone…”, said priest Nguyen Van Thang. 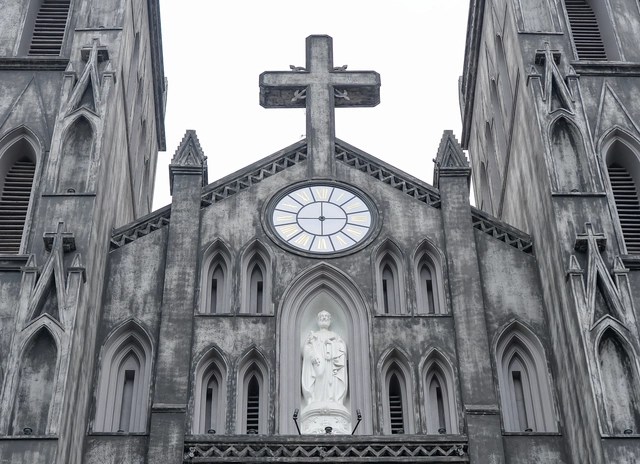 The clock face located on the facade of the church is still under repair. 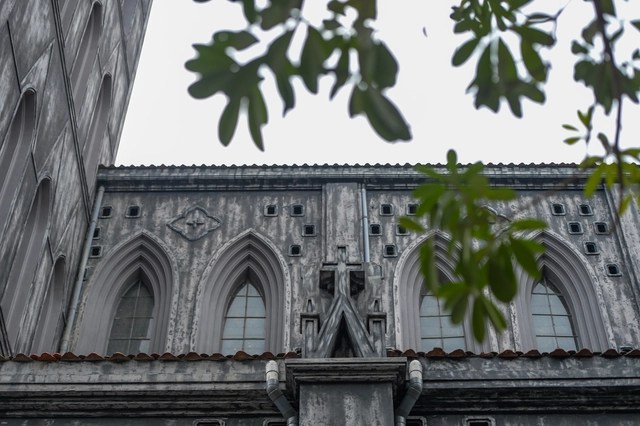 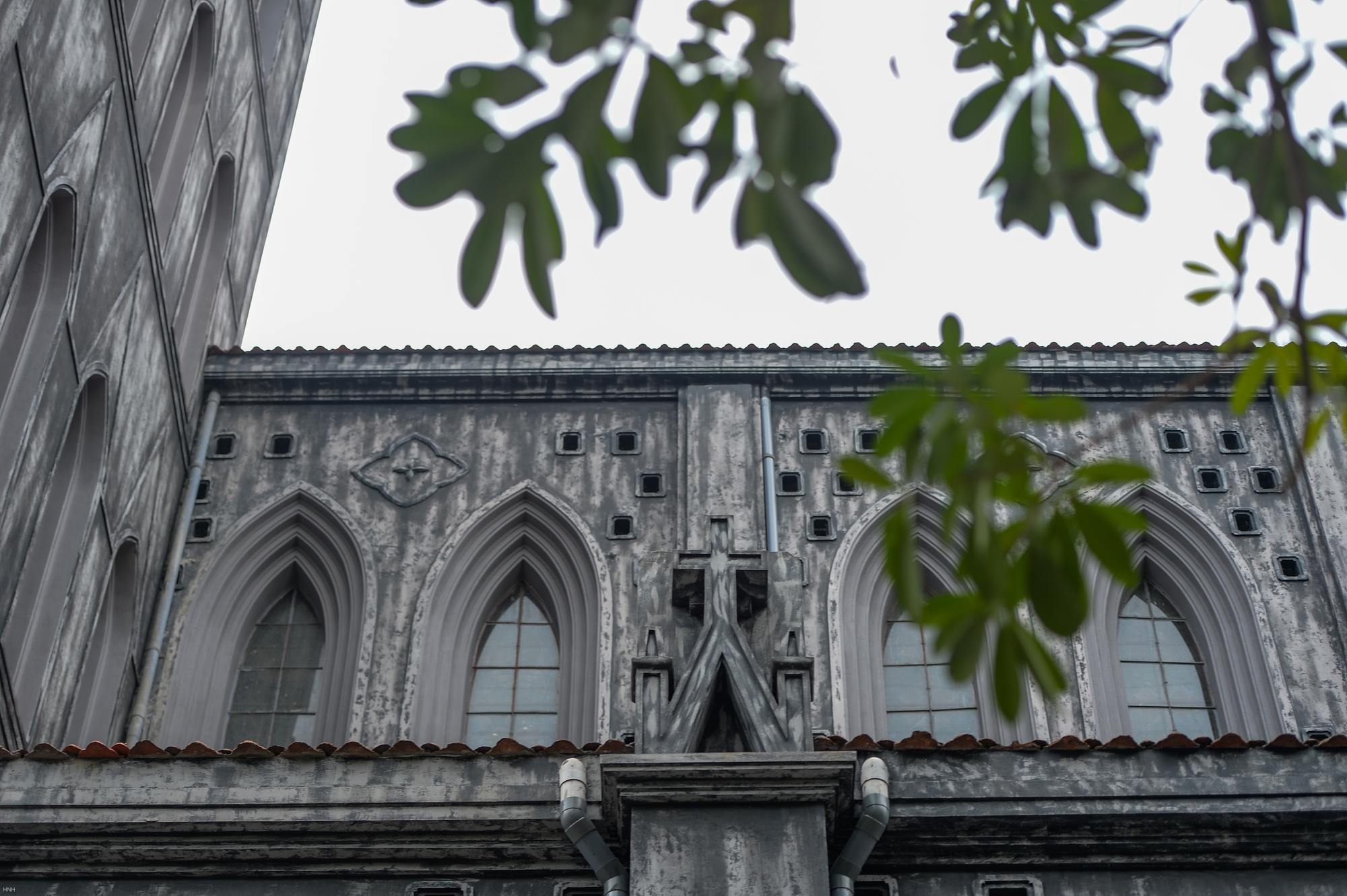 The motto of the Archdiocese of Hanoi when remodeling this work is to try to restore, restore, not demolish or change the architecture to preserve as much as possible the values ​​of time. Therefore, the process of restoring the exterior appearance of the Cathedral is meticulously and carefully carried out to be as close to the old appearance as possible. 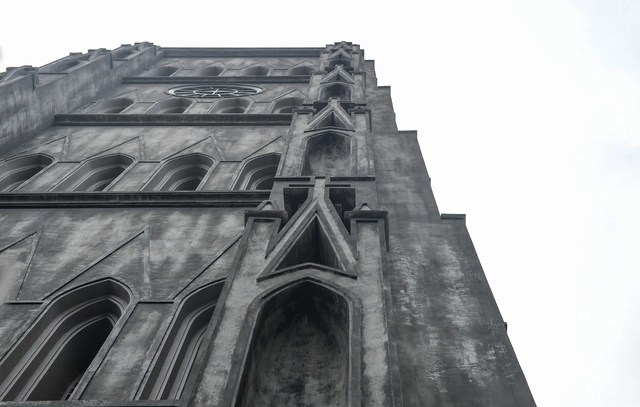 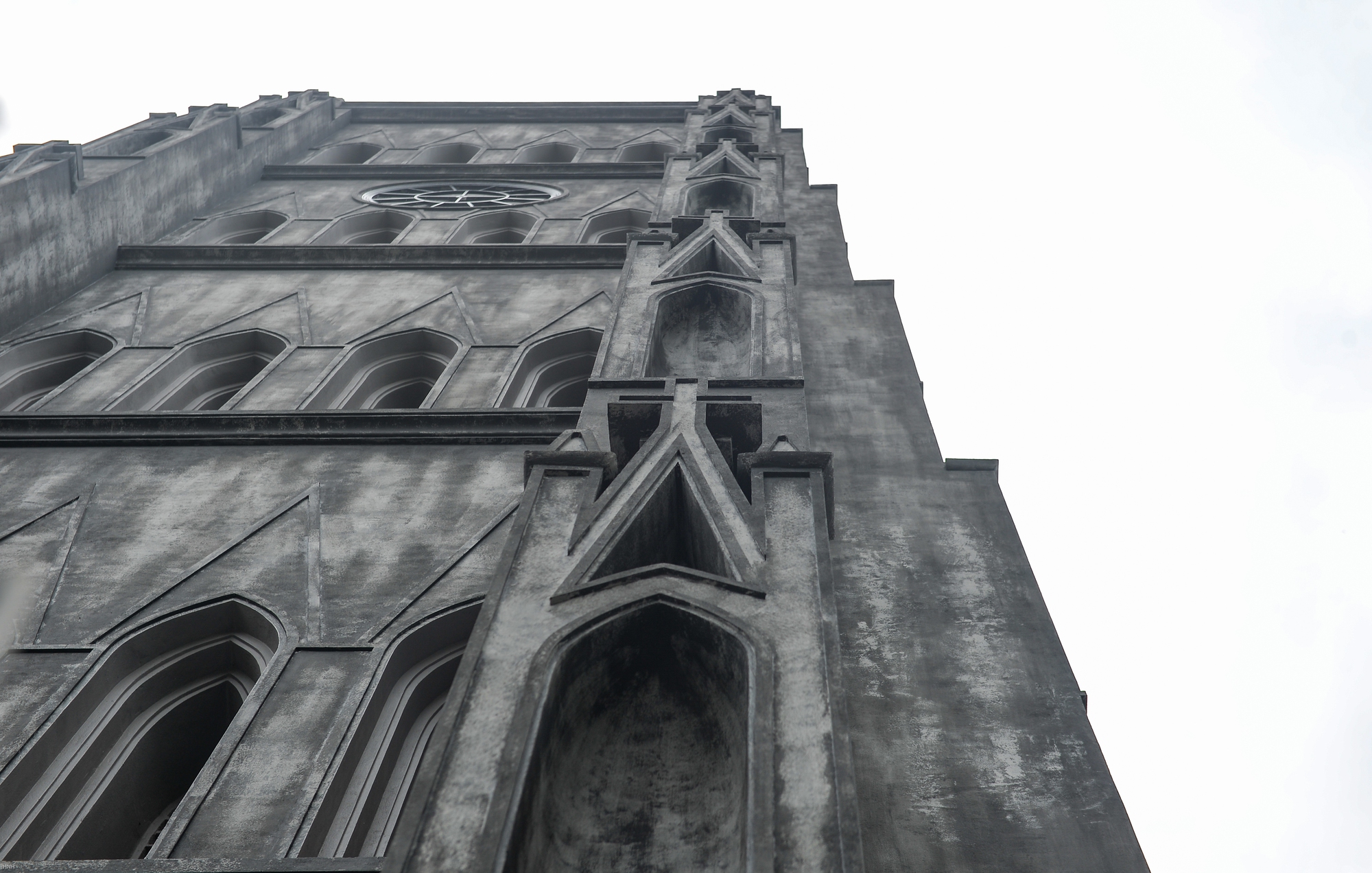 Parish Priest Nguyen Van Thang said that the repair this time has also reported to the local government and only restored damaged and degraded parts, not renewed or changed the structure. Estimated repair budget is about 10 billion VND. 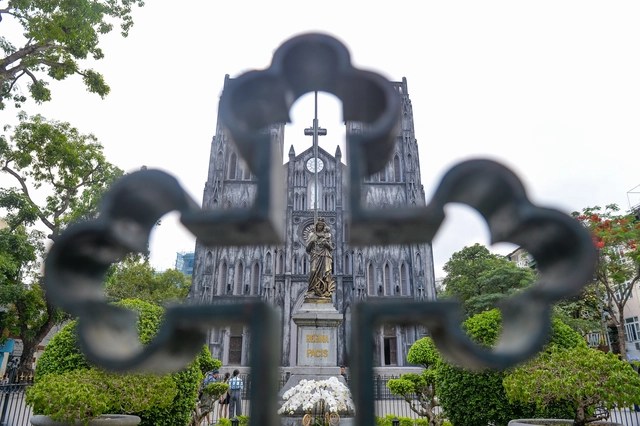 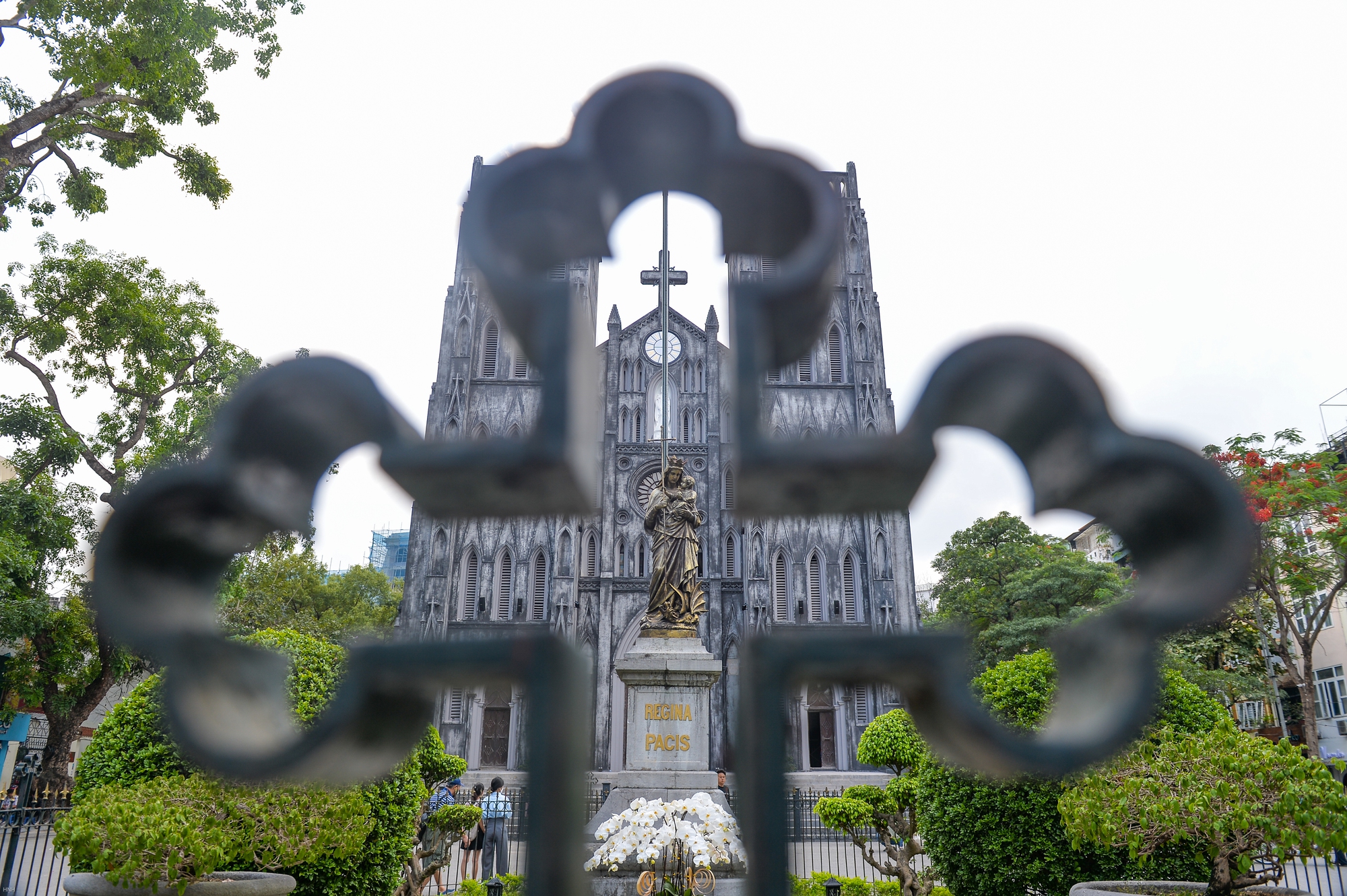 The Cathedral has a length of 64.5m, a width of 20.5m and two bell towers 31.5m high with large stone pillars weighing four corners, on the top is a stone cross. 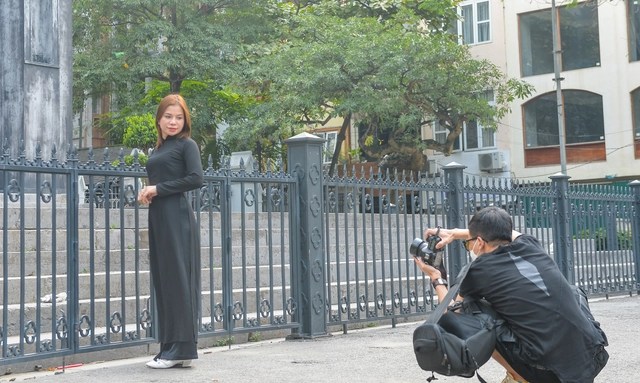 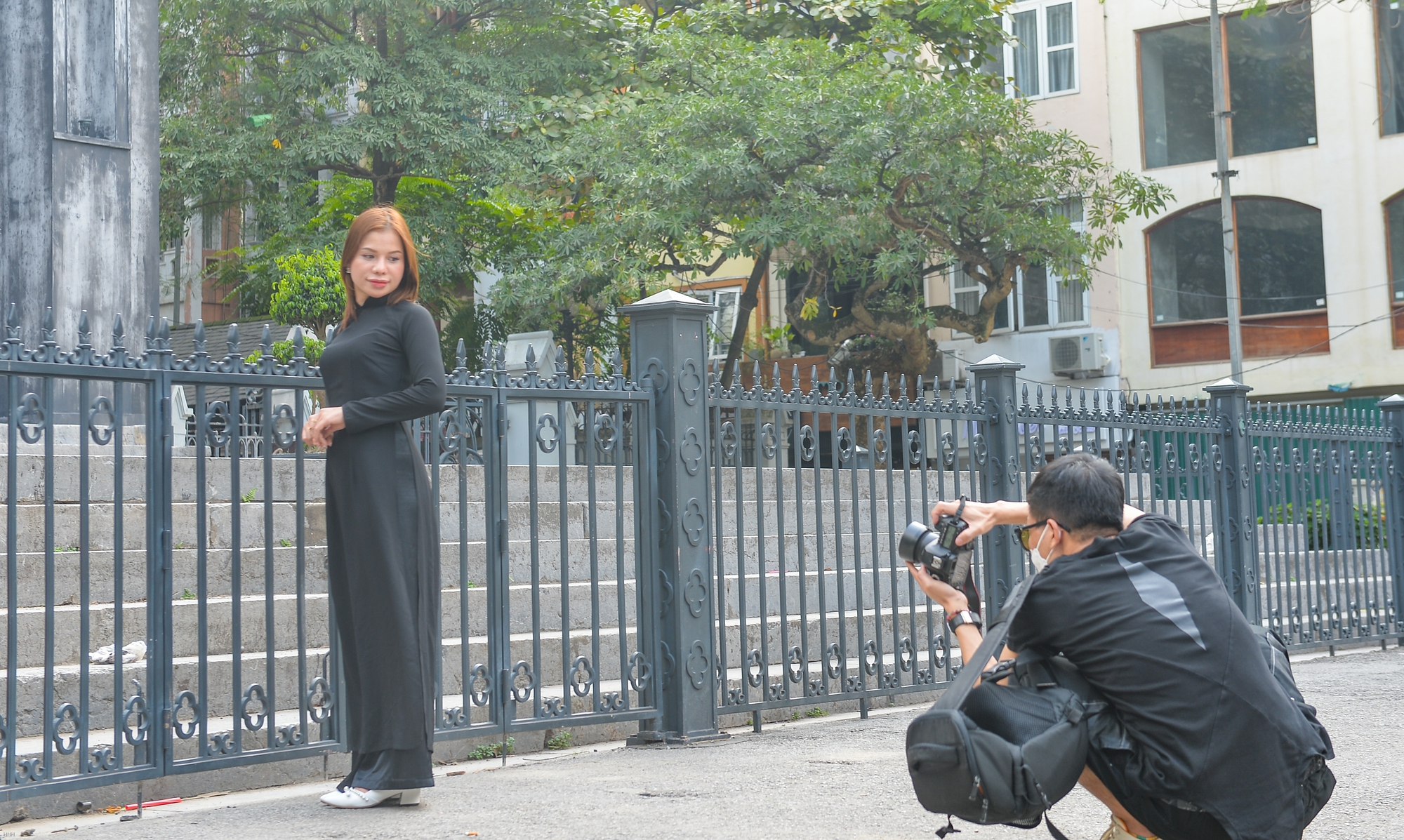 This work is also known as Hanoi Cathedral or Saint Joseph’s Church, inaugurated in 1887, featuring European medieval Gothic architectural style. This is one of the places that tourists must definitely visit when coming to Hanoi.

READ MORE:  If you are heading to Vietnam, you should know this luxury private rail car