Aeon representative said that the products are processed at the local factory. The production process of the items is expected to take only 1-2 months. 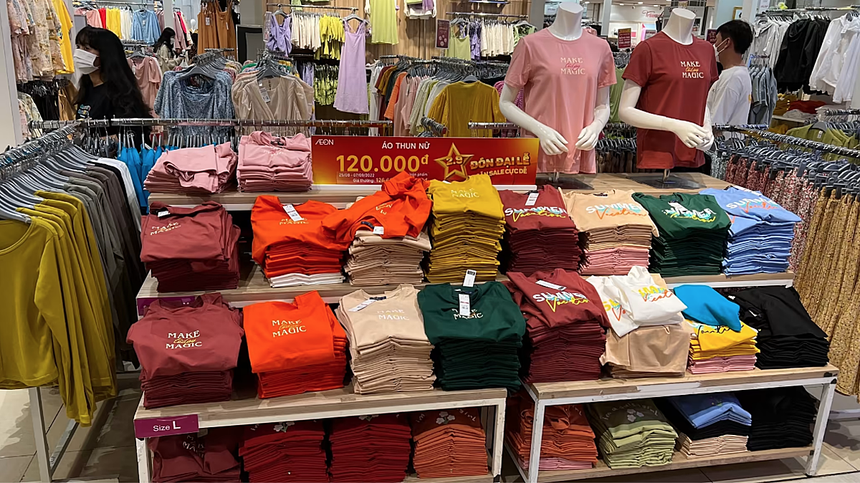 The company will launch the new brand at other stores in Vietnam, and will consider offering this brand on the domestic e-commerce site as well as in neighboring countries such as Malaysia.

Since the opening of the first shopping center in Vietnam in 2014, the group has expanded to 200 stores across the country, including a series of supermarkets and 6 trade centers.

According to the medium-term plan announced in April 2021, Aeon expects to generate 25% of operating profit outside of Japan by the fiscal year ending February 2026. This target is 3% higher than the previous four-year period.

Aeon considers the Asian market to be the key to completing this plan. Also in 2026, Aeon aims to double its operating profit from six years earlier to more than 100 billion yen, or $700 million.

Mr. Soichi Okazaki – Managing Director in charge of Southeast Asia business of the group – once commented that Vietnam is the most important market in the overseas expansion strategy. The group hopes to open 100 more supermarkets by 2025, or 10 times the current total, and increase the number of shopping centers to 16.

According to Statista, the garment market in Vietnam is forecasted to reach $7.33 billion by 2025 and has plenty of room to exploit.

Before Uniqlo, a brand also from Japan that currently has 12 stores (entering the market from 2019), other fast fashion brands such as H&M, Zara started appearing in the Vietnamese market since 2016-2017.