A new drug has been found to cut Covid deaths by a fifth among the sickest patients in hospital and may change official practice so that every patient with coronavirus will have an antibody test before they are admitted.

The Recovery trial based at Oxford University has found a third drug that can help Covid patients recover in hospital – but this one is the first to tackle the virus itself, rather than the inflammation that develops in the later stages of the disease.

The monoclonal antibody combination developed by Regeneron works for those patients who do not develop antibodies in response to coronavirus infection. Without treatment, 30% of them die, compared with 15% of patients who have an antibody response to the virus.

“It’s really important,” said the joint chief investigator of Recovery, Prof Sir Martin Landray. “What we found is now we can use an antiviral treatment, in this case, these antibodies, in patients who have got a one in three chance of dying, untreated, and we can reduce that risk for them, and that opens up the whole area of future treatments targeted at the virus.”

Regeneron’s drug is a cocktail of two lab-made monoclonal antibodies, casirivimab and imdevimab, that bind to two different sites on the coronavirus spike protein, blocking the virus from getting into cells. There have been small US trials that showed some efficacy in people given it early, to prevent them getting sick enough for hospital.

Donald Trump was given a single dose when he fell ill with Covid-19 while he was president and it was later approved in the United States, although not yet in Europe or the UK. 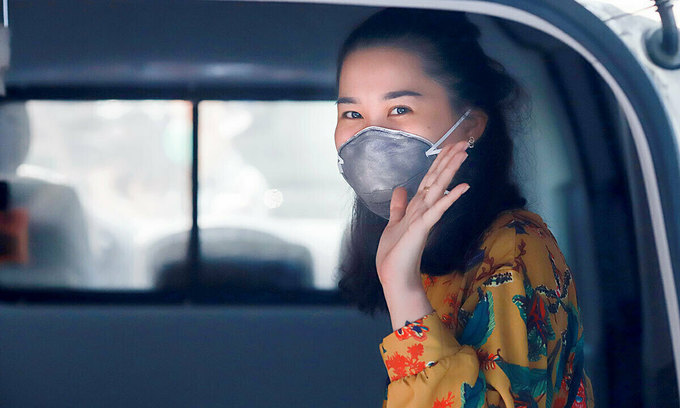 Cancer patients, whose immune systems can be depleted by their treatment, may not generate an antibody response. However, the researchers said it is not obvious who else may not have antibodies in spite of infection. In their study of 9,785 hospitalised Covid patients, 30% had no antibodies to the virus. Half did have antibodies and the status of the rest was unknown.

In the trial, deaths of those who had no antibodies of their own were reduced from 30% to 24% – saving six lives in every 100 patients. Their stay in hospital was cut by four days and they were less likely to end up on a ventilator. The drug had no effect on those who already had antibodies.

The scientists said a test for antibody status may now become the norm when people are admitted to hospital with severe Covid-19. The drug adds to the armoury against the disease – the same team discovered that the cheap steroid dexamethasone and the arthritis drug tocilizumab also save lives.

But the drug may only be available to those in wealthy nations. Prof Sir Peter Horby, joint chief investigator of the Recovery trial, said he thought it was “a scandal” that the monoclonal antibody drugs, some of which have been around for 30 years and are used to treat rheumatoid arthritis and cancer in rich countries, were not available in developing countries.

READ MORE:  Why Vietnam listed in the world’s top 10 destinations for digital nomads

They had been trying to put a different monoclonal antibody into the international arm of the Recovery trial for several months. “This is a drug that’s been licensed for 20 years. We can’t access it overseas because it’s unaffordable. And it’s not made in those countries and it’s not marketed,” he said.

He hoped the results of the trial would put some urgency into changing this. “There really must be initiatives to make these drugs accessible … you have to scale up manufacturing, and they have to be affordable,” he said.

Also read: Covid-19, Influenza, H.I.V, hepatitis C can be treated with a simple pill, and the U.S. is betting on It

Smaller studies previously showed that the drug helped reduce the risk of hospitalization and death when given to patients with earlier, milder cases of COVID-19.

The 10,000-patient study led by Oxford University also found the drug shortened hospitalization times and reduced the chances of needing a ventilator in the same group of patients.

Among patients with natural antibodies against COVID-19, adding the drug had no significant benefit on survival.

Regeneron’s two-antibody combo is currently available for patients with mild-to-moderate COVID-19 in the U.S. and Europe. It is not authorized in the U.K.